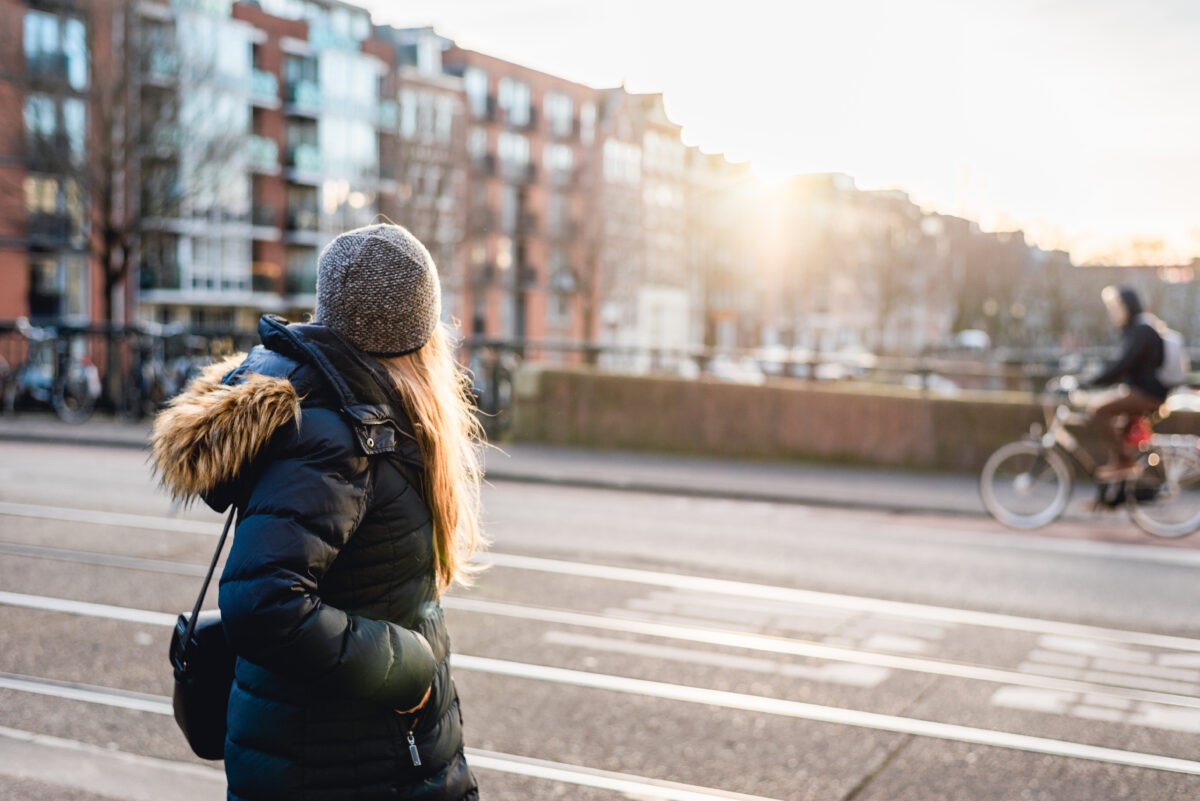 I was sitting outside the doctor’s office waiting for my husband who had an appointment upstairs. It was an unusually warm February day and I had taken off my winter coat to soak in the early spring sun.

Steffen was supposed to get some test results back. He had been having strange pains for a couple of weeks. At first I had thought he was just making up excuses to get out of our Sunday morning yoga class routine, but as the pains got worse I asked him to get checked out.

It was taking long. Too long. I rolled up my sleeves to feel the exceptionally warm February sun on my forearms while I read a book for work. A book I wouldn’t be able to touch in the following weeks — it reminded me too much of this moment.

My phone vibrated. “Go home”, Steffen texted from upstairs. I was confused. “Why?”, I wrote back, “are you still waiting for your appointment?”. “No”, he texted. “What’s wrong?”, I asked, although I didn’t want an answer anymore.

I felt nausea hit me as I read his next two words that would change our lives forever. “Worst case”, they said.

Six weeks earlier we had been blissfully ignorant of what was going on in Steffen’s body. In our new annual tradition, we started off the year with a European city getaway. This time we had chosen a do-over trip: Amsterdam!

We had been there together back in 2009, but for years we had had the feeling we hadn’t properly experienced the Dutch capital back then: we hadn’t stayed in the city over night, we had avoided the red light district, we hadn’t eaten anything memorable (whether you interpret this as Asian food or edibles is totally up to you).

This time around though, we finally wanted to do Amsterdam justice!

After visiting Riga and Paris in January the previous years, we’ve figured out an easy-going way to see European cities in winter.

Since they tend to be freezing (Amsterdam was no exception), we just randomly stroll as long as it’s light out, but mostly focus on finding interesting things to eat and drink while not worrying too much about proper sightseeing.

We did however, go on a walking tour in Amsterdam with tip-based Sandeman’s New Europe tours (not sponsored, but always recommended!) which was really enlightening.

And I obviously had to return to the newly remodeled Rijksmuseum, which had been under major construction in 2009 — so I finally got to see the entire collection! And its stunning library!

I knew this trip to Amsterdam was special, because Steffen and I returned to a city we had visited as two broke students in our early twenties, stingy and uninformed.

Exactly a decade later, it was so interesting to discover how our travel style had changed as we willingly spent (a lot of) money on food and less time stressing out about seeing as many sights as possible.

Our Amsterdam getaway was also a special vacation, because I had planned to throw myself into work the following months.

This trip was supposed to be my last hurrah before tying myself to the desk to finally finish this one major work project: A few days of gloriously carefree travel before I vowed to dedicate every day to work.

It didn’t occur to me just how gloriously carefree these days in Amsterdam were until that sunny Tuesday in February.

The day my 31-year-old husband was diagnosed with a stage three tumor in his colon.

Within a second, our lives turned into an anxious waiting game.

Six weeks we waited until Steffen’s treatment began. Six weeks of the toughest emotional rollercoaster I had ever been on.

Still, we tried out best to not give in to desperation. Only two weeks after the diagnosis, for Steffen’s 32nd birthday, we hopped on the train for a getaway to Berlin.

Just like nothing happened, we waited in line at Berlin’s most famous ramen place and returned to all our favorite craft beer bars and coffee shops.

For a few minutes every day, I would forget what we were dealing with as we were strolling through familiar streets in one of our favorite cities, just like in pre-cancer-diagnosis days.

In other minutes, I would publicly cry into my IPA.

A month later, on April 8th, Steffen had his first radiation appointment, chemotherapy began the day after.

For the following weeks, our lives revolved around the hospital.

Steffen had to come in daily for radiation, and stay over night when he got his weekly chemo injections.

At first, we were surprised how easy the treatment was on Steffen. But as weeks passed, it became more and more noticeable that his body was poisoned with cell-killing toxins and radioactive rays.

Contrary to popular belief, chemo turned out to be a breeze compared to radiation. Steffen was in so much pain towards the end of his radiation sessions that I couldn’t even look at him without crying, because I couldn’t do anything to make it even a little more bearable for him.

And still, Steffen made it through, and thankfully recovered quickly from all the additional inflammation radiation had caused. To celebrate making it over this first hurdle, we coped in our usual way: we booked ourselves a little getaway.

After weeks of clenching narrowness in hospital rooms, spending time in nature felt like the best possible thing we could do for our mental health.

When we got the diagnosis, I never would have guessed that we would be able to keep up our annual Pentecost getaway tradition to make use of the public holiday long weekend (which also happened to fall on our 12-year anniversary).

But only three weeks after Steffen’s chemo and radiation treatment ended, we found ourselves hiking in the Bavarian and Austrian Alps.

Almost four months in, (mentally) dealing with the disease had become our new normal. And we behaved as normally as possible: we rented a car, drove down to Bavaria, researched the prettiest (snow-free) hiking trails, ate all the heavy comfort food.

Also: Yes, my beast of a husband, hiked up 400 altitude meters through freaking snow only three weeks after his aggressive cancer treatment.

After Bavaria, we again anxiously waited to find out whether the tumor had positively reacted to the treatment. It had luckily, but remained a stage three, meaning it really had to be surgically removed.

When we learned that Steffen was going to be operated in the beginning of July, we kicked into full YOLO-mode as we knew our life wouldn’t be the same afterwards anymore: I cut back my working hours majorly and we ate out almost every single night in June.

We went to our favorite beach bar and sushi restaurant in town, we ate at all the new places we hadn’t gotten around to trying before.

We spent afternoons people-watching at our favorite speakeasy and relaxed in the shade at our local public pool (luckily our YOLO-days collided with that big European heat wave). We attended Göttingen’s Night of Culture with all of its outdoor concerts and our favorite event of the year, Bier Fest.

My perception of the world has changed for good since February 2019: From the outside you’d never know what was going on in our lives, which made me realize that I can’t see what other people are dealing with from the outside either. This experience has already helped me be more compassionate and less of a judgmental b!tch.

I’ve become aware of a whole new world that I never noticed before: Now I see the characteristic bulge of a chemotherapy-port on people’s chests, now I notice the girl with the turban and painted eyebrows at the drugstore.

I’ve also realized that almost everybody has a cancer story and only dealing with it myself now has led to hearing stories from friends’ sufferings. I never had a reason to talk about it before, I wasn’t even aware of what questions to ask. But suddenly I understand.

The photos in this blog posts are deceiving as they were taken on only 15 separate days in the entire first half of 2019.

It may seem like we’re doing okay in these photos, because they’re not showing how many times I had to put frozen teaspoons on my eyelids to reduce the swelling from crying through the night.

I can’t turn this blog post into a proper cohesive narrative, I’m still way too much in the middle of all this. I don’t know where our story is headed. I don’t know what life will be like with this whole new fear that taught us that we are not invincible.

Have you experienced a cancer diagnosis and/or treatment of someone close to you? How did you cope?