Life Snippets: The Second Half of 2018 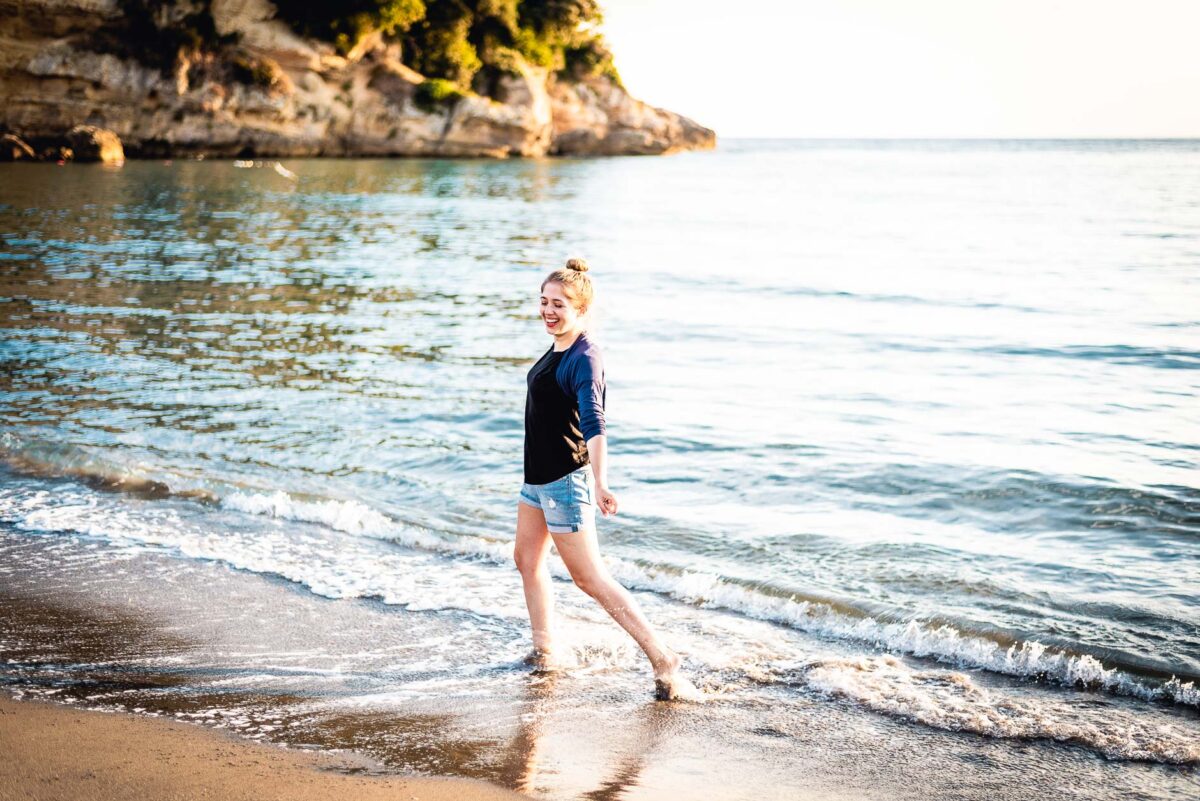 Life Snippets: The Second Half of 2018

Again, I’m more than several months behind with my biannual life update.

You know very well that blogging hasn’t been a priority in my life throughout the last years, although I certainly sometimes miss my regular writing routine. I’ve often felt bad for neglecting the audience I built with this blog.

But to be honest, since the beginning of 2019, blogging has barely been on my mind at all. Sometimes, life is just so much bigger than social media updates.

I will eventually write about how my life turned upside down since the beginning of 2019, but for now, I still need to recap the second half of 2018 which, in retrospect, seems so uneventful, so easy and happy.

While everybody was on vacation or hanging at the pool in August’s glorious summer heat (which was so spectacular for Germany but also scary cf. climate crisis), I took advantage of those quiet office hallways and tried to work as much as possible.

I only took one single day off of work in August — and used it to shoot a wedding!

With that giant destination wedding photography gig in Croatia in June 2018, I actually hadn’t wanted to take on more jobs at first.

But I knew J and J from a couple photo session we did back in 2015 and they sweetly asked me to shoot their wedding because they loved my photos so much — and who can say no to that?

So I happened to photograph a 12-hour wedding day in my home town Göttingen, Lower Saxony, on one of the hottest days of the year. We met in the city’s old botanical garden in the morning for the first portrait session and basically spent the day melting together until the middle of the night. (But they had spontaneously organized a wading pool at the reception which was a hit with the guests!)

Despite the amazing weather in August, I spent most of time in front of my computer only taking my camera out when I was hired — meaning I can basically only share photos I took for other people.

My other photography project in August was a family / newborn session. I usually don’t shoot newborns, because you need so much extra stuff (heating lamps and all kinds of pretty props because babies don’t really do much), but this was a favor for a friend and her little family was hilarious. They also fed me very well during this shoot.

Oh, and even my own mom my “hired” me to take photos of her for side hustle in August: She is a pilates instructor and needed new content for her Facebook page.

(I’m sensing a theme here, only photographing friends / family and not treating photography as a proper business. But that’s what feels right for me these days, as I just can’t handle an all-in side hustle right now.)

And in non-photography-business news: My baby sister graduated from med school in August (I know, what?)!

I snuck into her graduation reception to take a few photos and loved returning to the beautiful city of Marburg for the event! The University of Marburg, from which Anneke graduated, is actually one of the oldest universities in Germany, founded in 1527!

September is the New June

— when it comes to weddings at least. I had three (!) weddings in September: I attended my cousin’s ceremony, I photographed a civil ceremony, and I partied at the reception of a friend (and couldn’t help taking photos there, too).

But before I bombard you with all of the wedding photos (#sorrynotsorry), I’m sharing the results of practicing my photography by finding the most beautiful scenes of harvest season.

I rarely find the time to properly experiment with my photography these days, but I noticed how good it felt to reconnect to my creativity in this way again.

And now to those three September weddings I photographed / attended.

Seriously, if life in your early thirties means anything it’s attending SO. MANY. WEDDINGS.

The weekend after my cousin’s wedding, I was hired to accompany a civil ceremony in Northern Germany.

It was super fun and a new little photography challenge as V was my first ever pregnant bride! From what I hear, it can be tricky to feel airy and beautiful at eight months pregnant, so I really tried to create images that they would love to look at later.

The last September wedding was finally one to party! A friend and former co-worker got married in Aix-la-Chapelle where I had never been before — although it’s home to a world-famous medieval cathedral!

(Just in case you’re wondering: I’m sharing photos of people from behind, out of focus, or covered faces when couples didn’t sign an official contract with me.

My photography clients however sign a contract that allows me to share their photos online for portfolio purposes. Kids are obviously always excluded from this contract.)

For our big trip of 2018 in late September, Steffen and I chose Montenegro.

Just like the years before in the Western USA and Iceland, we hired a car to explore the country by road tripping.

In the USA and Iceland, we covered a lot of ground in a really short time, but in Montenegro we wanted to take the pace out of the road trip by sometimes staying for two nights so we would spent less time in the car and more time getting to know the country better.

It worked out perfectly: We came home so relaxed and so in awe with Montenegro!

The country squeezes everything you could ask for (beaches! mountains! canyons! forests! cute old cities!) into a comparably small place and we both fell hard for one of Europe’s newest countries with its gorgeous scenery, its beautiful coast, its friendly locals, and its impeccable seafood.

I know I shared way so many photos from our Montenegro hiking adventures already, but I have about 50 more photos I just need to put out there now.

(I am a little sorry for your scrolling thumb, but I feel like I owe it to Montenegro to get the word out there how wonderful it is!)

My last photography project in 2018 was a family session for my sister and her little family in October. My baby nephew B was born in April 2018 and he had developed a hilariously toothless smile over the summer which made our session super fun.

After that October photo session, I took my camera with me on a stroll once in early November — and then I poured all my energy into work for the rest of the year.

I’ve noticed how splitting my creativity to attend to more than one project is simply not working for me. Thus I’m choosing work as my creativity outlet for now — which feels right, but is also terrible for blog content.

Weirdly enough, I don’t even know what I did in November and December (except for two work trips that needed a lot of preparation). I barely have any memories of Christmas parties or Christmas markets, let alone any photos of them. I just really concentrated on work, which in retrospect, was a good choice as wouldn’t find a lot of time in 2019.

But seriously, is it strange that I need to take photos to remember what I’ve been doing?

I’ve heard it’s scientifically proven that time feels like it’s going by much faster when you’re suck in a routine. And this is certainly what happened to me for lack chucks of 2018.

Sometimes I’m a little shocked at the randomness of these biannual round-ups which summarize my life pretty well: They consist of talking about work mixed with a yearly vacation, a few weekend getaways, family gatherings, weddings, and sometimes beautiful randomness spotted in-between.

These round-ups present such a normal life. But writing this from a 2019 perspective, I’ve started to appreciate a normal life more than anything.

2018 was a great year: I learned a ton about myself, I fell in love with the Balkans even more, but I also created routines which let many of those good everyday life moments go by unnoticed — which is a little sad, because 2019 taught me how everything can change in an instant.

Do your routines sometimes get in the way of being really present, too?