Why I love Traveling by Train in Europe

Home » Specials » Why I love Traveling by Train in Europe 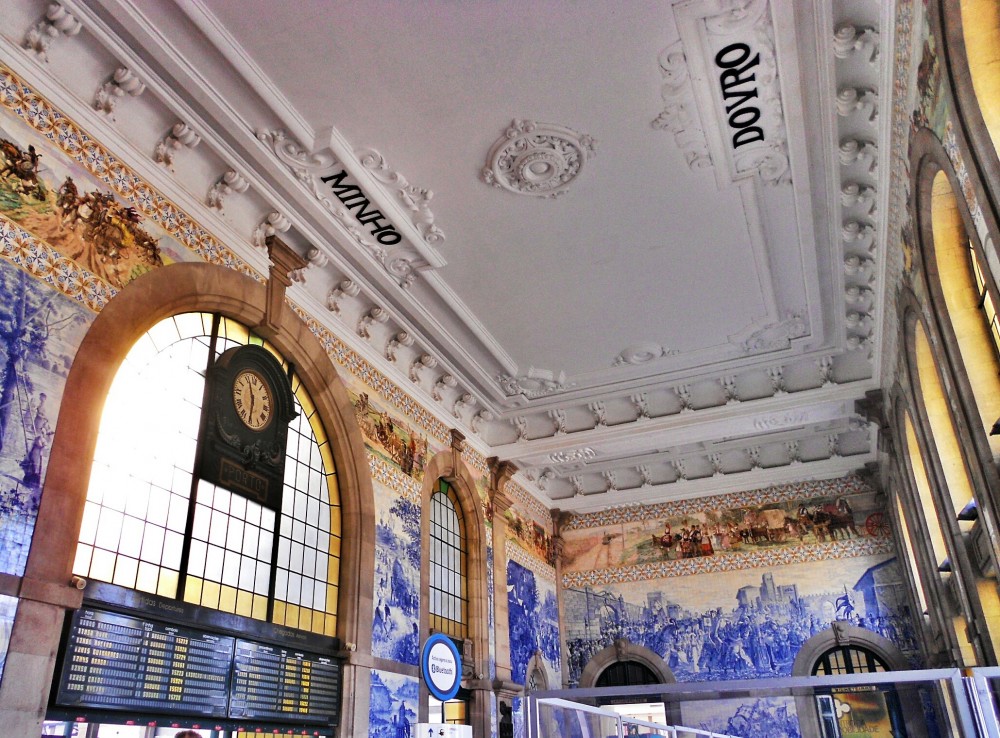 Why I love Traveling by Train in Europe

It’s no secret that I love traveling by train. Trains are a part of my everyday as well as my travel life. And no matter if it’s just a random Wednesday train ride to university, or a trip to another country — taking the train is my favorite mode of transportation in Europe.

For me, this has obvious reasons. Trains are simply comfortable. Train rides are not as bumpy as rides on a bus or a plane. This means several great things:

1. The soft simultaneous rocking of the train puts me to sleep like a baby.
2. I can read on trains, while looking down on a bus makes me nauseous.
3. Going to the bathroom is SO much more complicated on buses and planes. The joys of train travel!

But even if you belong to the rare species of people who can sleep and read in any kind of vehicle and who even can use the tiny, shaky bathrooms without peeing themselves, traveling by train is still awesome! You don’t really agree? Let me tell you why I think train travel is the best way to travel in Europe!

Traveling by train is Cheap

Taking the train is cheap. Often cheaper than flying, sometimes even cheaper than taking the bus. But to profit from cheap train ticket deals in Europe you usually need to obey one crucial rule: Plan ahead!

Short notice train tickets for longer distances cost about three times as much. I usually try to buy my tickets several months ahead, sometimes late in the evening, because that’s when the prices are low. This way, I was able to snatch a ticket to Rotterdam in May for only 29 €. My ticket to Prague last year was only 39 €. A train station in rural Germany

If you want to travel with a little more flexibility though, Eurail is a great option. While the standard Eurail pass to travel all over Europe is rather well-known, there are also cheaper and more specific ways to adjust your Eurail pass to your personal travel wishes.

They have one-country passes, which are great if you plan to stay in one country and explore it in depth. If you want to travel a certain area of Europe, they also offer special tickets like the Benelux pass, with which you can use the trains in Belgium, the Netherlands, and Luxemburg.

But: Be sure to compare prices with the local public transportation companies. I once wasted a day on my one-country Eurail pass in Portugal, for a train ride that actually only cost 1,75 €.

Also, beware of additional costs for high-speed trains (where you sometimes have to have a reservation!) and night trains. In general though: Eurail is a great way to be flexible and spontaneous — and definitely way cheaper than hop-on-hop-off plane ticket for whole Europe!

Traveling by train is Comfortable

First of all: More space! Whether for legs or luggage, trains offer more simply more space. You can bring your dog, your bike, your ninth-month-baby-bump, or gigantic bottles of moisturizer in your hand luggage and the only thing you have to worry about is if you can lift it.

And trains have further amenities: Plugs to charge your gadgets and sometimes even free Wi-Fi. Oh, and coffee people, snack offers, or dining wagons.

Also, you don’t have to be at the platform an hour early (very good for chronically late people like me!) and you don’t have to wait for your luggage in the end. And: If there’s an annoying toddler sitting right behind you, you can just get up and go look for another seat. Traveling by train is Historical

Traveling for mere pleasure was an invention of the late 18th century. Travelers started to develop a new interest in oriental cultures or spectacular natural scenery. And trains were the fastest way to get somewhere.

All the great novelists and artists of the last centuries have traveled by train. Paintings by Claude Monet or William Turner show how riding a train was a revolution for mankind’s perception of sight, transportation, and art. Trains occur in paintings, novels, poems, movies. Some of these trains are famous until today: The Orient Express, the Trans-Siberian Railway, the Glacier Express, the Hogwarts Express — only to name the most famous ones. Can you name any famous planes or buses? See?!

And whereas crossing the Alps with a horse-drawn carriage might be a little difficult nowadays, you can still travel in an old-fashioned, historical way by taking the train like the travelers in the 19th century! It’s the most original way to travel in Europe! One of my favorite stations in Germany: Frankfurt Hauptbahnhof

Traveling by train is Eco-friendly

Trying to live in an eco-friendly way and wanting to travel all the time is a dilemma. I love traveling, but I also know that supporting airfare is one of the worst things I could do to our planet. When traveling in Europe I thus try to fly as little as possible. Taking the train is just so much more eco-friendly.

Newer train companies like Thalys (operating in-between England, Holland, Belgium, Western Germany, Eastern France) even started publishing pollutant loads of every connection on their site, and they only serve organic seasonal food on their trains!

Other train companies have picked up the eco-trend for advertising and I think it’s absolutely justified: We should care more about our planet! Cross-country flights in Europe are entirely unreasonable, if there are also high-speed trains that get you there just as quickly. Blooming apple trees flying by at 250 kilometers per hour…

Traveling by train is Scenic

Nothing against flying above a beautiful blanket of fluffy clouds or seeing a sunrise from a plane — but traveling by train is hands down the most scenic way to travel.

The railroads pass through vivid cities and seemingly untouched countryside. Your window is like a movie screen: You can watch the landscape fly by in a comfortable seat and see the diversity of a country with your own eyes. Take France for example — from German-looking Alsace, to the vineyards of the Rhône-Alpes region, to palm trees and the Mediterranean atmosphere in Southern France — every region is different and you can see it most clearly when traveling by train.

And even if you argued that taking a bus or drive your own car would offer you a similar perspective — I’ve by been on European highways more times than I could count and — they don’t compare at all! Nothing is as beautifully scenic as traveling by train. Traveling by train is Art Historical

This sounds a little far-fetched at first, but some of the European train stations are actually real art historical and architectural gems. Train stations are representative buildings of a city, sometimes even a real landmark.

Many of them have been built during the 19th century, and they have been a part of a town’s history and cityscape for a long time and thus even sometimes become a touristic must-see. And most of the time — very well deserved one! Sometimes the stations are so pretty that you’d never even guess they are “just” public transportation buildings. There might be some exciting futuristic airports out there, but they could never keep up with vast amount of gorgeous train stations all over the world. “Most beautiful train stations” gets more than 100,000 hits on Google. If that doesn’t tell you anything… Would do think? Do you agree with me and love traveling by train in Europe (and beyond) too? Or do you prefer flying after all?

Note: I was not paid by a train travel lobby or anybody else. I just really, really love traveling by train.