The Lasting Changes of 2016 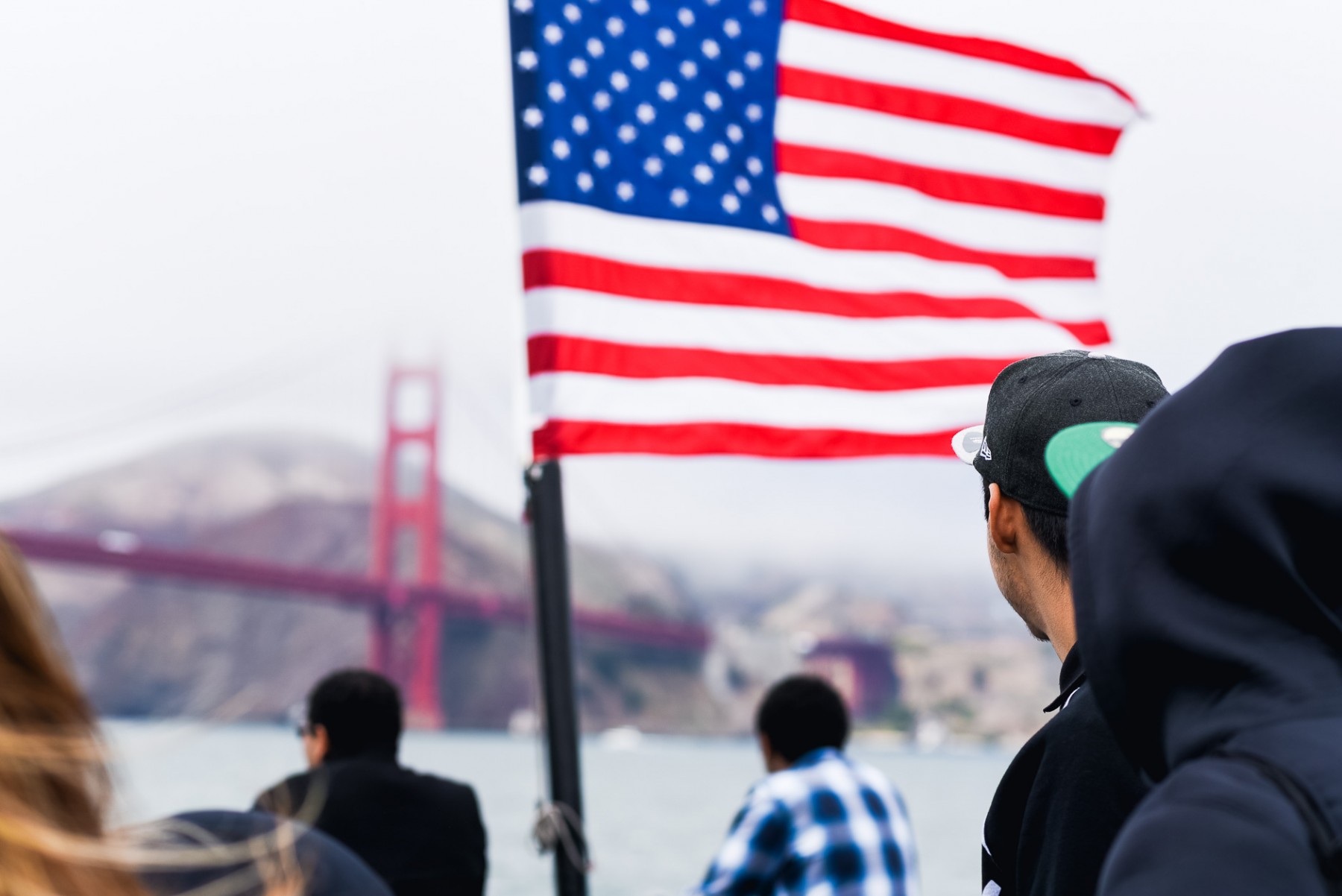 The Lasting Changes of 2016

2016 was the year this blog became shockingly quiet. I had been struggling with finding balance in-between working, traveling, blogging, and maintaining a social life ever since I started working back in 2013, but my struggles have gotten worse since.

Maybe not actually worse, but my priorities shifted more and more as the years passed.

I’m constantly amazed by people who can make time for working, blogging, maintaining relationships, and yet still work out, cook, and read a ton of books.

However, I’m not one of those people: I can only focus on a few things at a time. I need “empty time spaces” to calm down my hypersensitive brain and process the things going on. If you’re long time-reader, you know that I’ve given up on the idea of being a full-time blogger a long time ago. And with what I’m currently observing in the world of travel blogging, I’m glad I never got too involved: I couldn’t keep up with a world that is changing so rapidly.

Still though, I love the opportunities this blog brought me and even more, the people and the community it introduced me to. Thus, I felt like I owe my friends and readers an explanation why I let blogging slack in 2016. Because struggling with finding balance wasn’t my only reason:

I only traveled to one new country

After visiting seven different countries in 2015, I had high hopes for 2016. But as the year began, I chose to not invest all my vacation days and money in little trips, but maturely save up for a big summer vacation instead.

The epic USA road trip Steffen and I did was absolutely worth every cent we spent on it, but it was also the most expensive trip I ever went on. August 2016: When San Francisco was all about that fog August 2016: Chasing the sunset with our rental car in Joshua Tree National Park Even with this summer trip on the horizon, I couldn’t stand the thought of wasting a long holiday weekend doing nothing — so I gave Steffen tickets to Copenhagen for his birthday.

Little did I know that Denmark should remain my only new country in 2016!

A few years ago, the thought of traveling only a handful of times a year would have freaked me out, but luckily I had already understood that I travel can’t always be my number one priority. May 2016: Eating our way through Copenhagen Yes, the only new country I visited was a country neighboring Germany, but I also went on an epic road trip which introduced me to so many new stunning places in the United States. I traveled back to Berlin on three different occasions over the year. I spent some amazing days in Italy with my mum again.

2016 wasn’t too much about new countries to check off of a to-do list, but more about in-depth experiences of destinations I was already fond of. March 2016: Falling hard for the crumbling houses of Venice From a travel blogging perspective, I didn’t travel enough to produce interesting content though, and my Instagram often collected dust for months because I couldn’t find anything to take photos of in my everyday life (especially on those gray winter days).

I certainly can’t label myself “travel blogger” anymore, but without its intense travel focus, I’m not sure what else this blog can be.

I took less photos of coffee

I swear this was not a conscious decision. With trips to grand coffee cities (Berlin! Venice! Copenhagen! San Francisco!) you would think that I had plenty of great coffee drinking (and photographing) opportunities. But in-between these trips, especially in the fall and winter, everyday life boringness caught up with me heavily.

And although I obviously still drink coffee every day, I reduced my caffeine intake massively once I noticed that I’m not tired anymore thanks to a healthier lifestyle. I actually feel better now drinking less coffee. (Also, I just found out that there might be a link between drinking too much coffee and anxiety!) March 2016: Flat white in at Cafe Kraft in Berlin May 2016: Cappuccino at Coffee Collective in Copenhagen May 2016: Cortados at Original Coffee in Copenhagen July 2016: Flat white at Chapter One Coffee in Berlin on my birthday getaway Of course I still hunt down coffee shops when I’m traveling, but as traveling wasn’t my main way to spent 2016, the amount of pretty coffee photos in my Lightroom Gallery is rather limited. I’m a little sad that I’m probably not writing my beloved “Around the World in Coffees”-blog post this year, because it seriously was my favorite thing to write at the end of the year.

But my habits changed, and I’m glad I don’t feel pushed into living a staged life of pretty coffee photos when that doesn’t accord with reality.

In more random life updates: I’ve had glasses for a couple of years now, but I basically just used them to me look smarter in work situations. But the last years of reading and staring screens (all that blogging and Instagram-stalking) let my eyes get way worse, and I finally gave in and embraced my nerdiness in my outward appearance, too.

It felt strange at first, but I’ve already reached the point where my face feels empty without my glasses on. I just need to figure out how to make glasses work on rainy days, because that’s not fun at all. December 2016: A Christmassy day trip to medieval Erfurt in the state of Thuringia

I’m also fully aware that getting glasses is definitely not an excuse to stop blogging, but it might be a symptom for what was going on behind the scenes: I had (and still have) to concentrate more on my actual job, and my nerdy medievalist self has to take over as I can’t let myself get distracted by a side hustle right now.

I spent so much time of my life making fun of those oh-I’ll-just-have-a-salad-girls who do acro yoga with man-bun-models somewhere in Indonesia. Depending on how much time you spent in the glossy world of Instagram, it seems like that is the only kind of yoga out there. For me, yoga was the epitome of a basic hobby those salted-caramel-latte-but-no-cream-please girls have. However, in the beginning of 2016, I realized that I finally needed to start moving again, but I struggled with finding something that worked for me. I tend to always choose running first, but I hate it as much as I love it — and I certainly despise being so depended on the weather.

I like that yoga is slow and dance-like and you can actually turn your thoughts off. I don’t think I’ll ever get fully aboard the chakra-inner-light-yadayada, but I think I have found a way of being active that I like — although I have to overcome a lot of pride to admit it.

I didn’t need to blog anymore

In retrospect, this blog has never really been about travel. It has always been a kind of therapy through travel and writing about travel.

I launched the blog when I had no idea where my life was heading, I was overwhelmed with life’s options and needed a place to organize my thoughts. That restlessness I felt in my mid-twenties, that constant urge to run away, that mind-numbing indecisiveness is not there anymore though. I’ve settled into my (semi-)grown-up life, no longer daydreaming about interning in Brasil or studying in Scotland.

I know this makes it sound like I’ve given up on dreaming and longing, but that’s not it: I’m just more content, more at ease now. I still feel wanderlust so bad it hurts sometimes, I still get anxious when there’s no trip lined up in the future — but I don’t feel like I need to outrun my life every other week. And looking back, this blog and my (mental) involvement in the travel blogging world was just another kind of running away that I just don’t need to stay sane anymore.

I lost interest in social media

Together with blogging, I also stopped (mostly) caring about social media. Whenever I went online, I got more and more aware of the fakeness that is social media. I’ve ranted about this quite a bit until I recently understood that ranting is pointless: The world of social media changes in the blink of an eye and it’s just not what I had gotten used to anymore. Today, it’s all about model-y influencers and YouTubers, but who knows what it will be about tomorrow.

Honestly, I can’t keep up with the algorithms changing daily and moving images everywhere. I’m still using social media the way I learned to use it four years ago (aka I do iPhone only photos on Instagram) while completely aware that I most of the things I’m sharing will not get noticed.

But that’s okay, because social media can be poisonous for my mind and my creativity. All in all, I’m just a happier version of myself when I don’t feel the need to compare my life with the seemingly more perfect lives other people have. I wondered if I should even mention this on the blog, but I figured it belonged in a 2016 review considering Steffen had always played a bigger role on the blog (after all he has built this site for me, is my second photographer, and has been my favorite travel companion for almost 10 years).

To be honest, we both were a little surprised that we actually went through with planning a wedding because it can be such a hassle.

I never once imagined my own wedding day, I couldn’t care less about all those annoying random little details. Thus, we kept everything super low-key: No rings, no flowers, no photographer, no church, no sexist BS (aka: dad walking daughter down the aisle, white dress, veil, honeymoon), no cake, no first dance, no everything-the-romcoms-say-a-wedding-has-to-be-about.

We just wanted to have a fun day with our friends. October 2016: Steffen and me on our wedding day We casually walked over to our civil ceremony in the morning and had a potluck brunch with 60-ish guests in our apartment later.

After a little break, we had a rented double-decker bus to pick us up and give us a two-hour boozy sightseeing tour of Göttingen, our adopted home city, before we were dropped off at our venue for dinner, drinks, and dancing until 4 in the morning.

I wore a cheap, dark blue dress I had ordered on Asos the week before and comfortable old shoes, I applied the same makeup I wear every day. We broke with all the “rules” and had exactly the wedding that was perfect for us. October 2016: There was cake after all, because my mom couldn’t handle a wedding without cake and secretly had the venue surprise us with one at midnight!

I hope I could (partly) explain why this blog became so quiet in 2016: I changed my mindset and my relationship status, I invested more time doing yoga, going for walks, and finding the good things in my everyday life instead of dreaming myself away to other places.

I swear I’m not turning into a lame housewife just yet (or maybe I am?), but I living a healthy and happy life is so much more worth than having a big social media following.

This is not the end of this blog, but I also definitely won’t go back to posting new blog posts twice a week. If there’s anything I learned in 2016 then it’s that you need to find a lifestyle that is sustainable: I’ll always thrive to be better, but I’m done expecting things of myself that I know won’t make me happy.