Photo Essay: The Best of October 2015 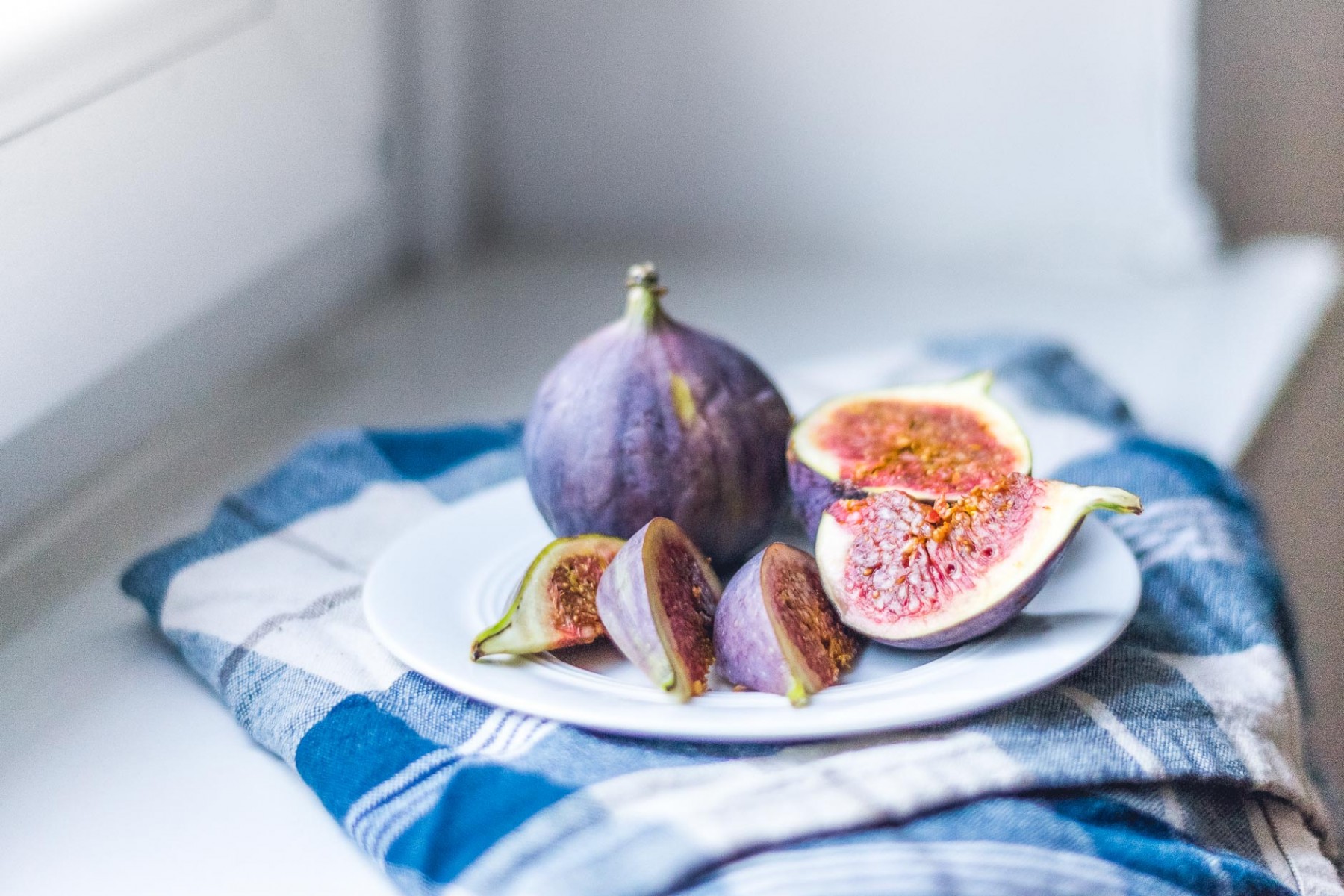 Photo Essay: The Best of October 2015

I have a love/hate relationship with October: When the sun is out and the foliage glows all technicolor in golden light, I swear that October is my favorite month of the year. But when it’s foggy and gloomy for days and I have to go grocery shopping in the dark because the sun sets at 5pm (thanks to daylight savings), I don’t even know how I’m supposed to make it through the next months of darkness and subzero temperatures. This October already provided pretty much everything regarding weather options: Fog, wind, sleet, drizzle, snow (!!) — but also a few days that were so gorgeous that I didn’t even know where to look and what to photograph first.

And just like my appreciation for the weather in Germany is a constant up and down, I’ve again come to realize that life is too similar sometimes — it can be quite frustrating, but when it’s good, it makes all the tougher times worth it. As usual, towards the end of the year I can’t spend too much time on the road: There is always a lot to do at work and my funds and resources (meaning money and vacation days) are somewhat used up. Nonetheless, I learned that having no plans for the weekends makes me miserable — especially without any international trips in the near future. I don’t have the kind of social life with a big circle of friends living in the same city (I tend to befriend restless jet setters), so it always takes a bit of an effort to not feel lonely on the weekends. Although it sometimes sounds tempting to spend an entire weekend with Netflix and takeout, I know that I’ll always feel bad about it, like I wasted my time. This October, I had plans for every single weekend though, which was exactly what I needed — even if it was only a Saturday day trip. This way, I spent time in three different German states in October, always hunting down the prettiest fall foliage: I went on forest hikes in Hesse with my mom, explored a medieval castle in North-Rhine Westphalia with my extended family, strolled through the royal parks of Lower Saxony in Hannover with the boyfriend, went on coffee dates with my co-workers, and splurged on a new pair of shoes on a shopping day with my little sister.

I didn’t cross the border, but I did learn yet another lesson in appreciating the beauty in my backyard — because Germany can be so insanely pretty in the fall!

In the past months, I have been struggling badly with social media — and that might have been a reason for last month’s blogging rant that probably turned out a little too harsh. Even though I post way too little on social media by blogger standards, it has been stressing me out a lot lately: I can’t even look at pretty scenery anymore without thinking about how I should have brought my dSLR because that would have been a great photo for Facebook, still the light probably isn’t good enough for the iPhone camera so I can’t put it on Instagram, but Snapchat won’t do it any justice either… It’s a weirdly vicious circle — I know it’s my own decision to have social media possess my thoughts me like that, but it’s certainly not easy to tear myself away from it.

But worse than being dominated by the thoughts of what would look good on Instagram and what wouldn’t, it’s the fakeness of it all that really bugs me: Instagram is full of scenes with books that no one actually cares to read, coffees that get cold while someone tries to “naturally” pose a succulent next to it, greasy burgers that serve as a prop and end in the trash afterwards. Personally, I eat everything I post, I have at least skimmed through the book I’m using as a prop, and I actually wear glasses when I work — but still, I feel like I’m making life look better than it actually is just a little too often as well. We all know that I probably don’t eat figs on my bedroom’s window sill.
But it looked nice on Facebook.

Although even I know how to improve reality with a simple white blanket and witty cropping, I tend to believe the things I see online nonetheless and wonder why my life doesn’t look that good in comparison — despite being fully aware that professional Instagramers have photo studios and daylight lamps, stylists, shopping assistants and photographer boyfriends to make their lives look casually perfectly beautifully candid.

I know how staged it all is, yet at the same time I know I can’t judge others for posting pretty photos of coffees getting cold — because I’m doing exactly the same thing. As a blogger and avid social media user, I’m part of the same perfection-oriented industry.

To be honest though, I’ve actually had a couple of over-dramatic breakdowns recently, because I just wanted at least one room in the house to look neat, because I just wanted at least one pair of shoes to match with a purse. But instead everything about my appearance, my apartment, my wardrobe, or my attempts to make my food look pretty seems improvised and dull next to the polished version of the lives on social media.

Of course I know that comparison is the thief of joy. I repeat this sentence in my head daily. I’ve even stopped using the word “jealous” entirely a few years ago.

But I can’t help stumbling over my own imperfection all the time and wishing that social media had a way to be more real (without being a medium for complaining at the same). Considering that social media won’t change anytime soon though, I guess it’s upon myself to change what I do on social media and my attitude towards it. So, in case you ever thought my life looks nice in blog posts and on social media, I’ll be honest with you: Being grown-up actually means more bills and laundry than fancy after-work dinner parties. Even a good relationship means tears and slammed doors every now and then. Being a girl with an average body and no thigh gap means that there are some fashion trends that are just not for you. Living in an adult apartment with no roommates for the first time means it’s normal to own more second-hand (or fifteenth-hand) furniture (collected on heavy trash day) rather than having an apartment that looks like it came straight out of an IKEA commercial.

Maybe we should embrace imperfection more, because deep down we all know that this Instagram-kind of perfection just doesn’t work in real life. I guess what I want to say is: Where do we draw the line? What is still just prettifying life and where does lying start?

PS: I wrote this paragraph before this story went viral, and despite feeling conflicted about this particular case I’m glad there seems to be a trend towards reevaluating the use of social media. This girl is being harshly criticized by other “big” people in social media right now, but I think saying “it was her choice to fake photos and get paid for them” is a little too easy.

Guess what: I found a coffee shop doing flat whites in Hannover! Flat whites in Lower Saxony! Granted, the taste wasn’t anything close to a flat white in Hamburg or Berlin yet, and the latte art was a sad fail of non-existent, BUT: I had a flat white in Lower Saxony! This can only mean that the third wave is finally swapping over to the rural areas and it might only take another few decades until really good coffee arrives in my current home town, conservative little Göttingen. And at least Göttingen can still do a solid café au lait (accompanied by a classic German breakfast), so I can’t complain — although I’m already planning getaways to cities with better coffee scenes, as always. (Can’t stop, won’t stop!) Without being repetitive, having weekend plans as my highs and breakdowns over the imperfection of life as my lows, October was another shockingly normal month in the life of a twenty-something. But although I often felt like I was failing at too many things, I at least tried to make the most of October — (risking to sound like a bored housewife now:) this basically included experimenting with pumpkin recipes, making cinnamon granola, and hot chocolates after long walks. And in other food related life updates: A big food festival touring through Germany came to Göttingen for a weekend in October and I couldn’t have been more excited for all the international foodie atmosphere in town! For me as a current resident rural-ish Germany, where it’s often impossible to even find a vegan dish on a menu, it was such a revelation to have specialties from Korea to Yemen right at my doorstep for a change. October was actually the first month I shot a portrait session again. After taking a break from photographing people ever since this spring, I shot a fall family session for a friend and was reminded how much fun it is to create precious memories like that. I still don’t know where I’m headed with this semi-serious photography project of mine, but I know that I love capturing beautiful moments — and I love that others cherish these moments by framing and hanging them in their living rooms. Also: No matter how much hate/love October and I have going on, this month is definitely the one with THE best light for photography. Okay, yes, I had a feeling I could break my own Instagram record by returning to this spot in Hannover that I fell in love with last year. I realize that saying “I returned because I knew this spot would make a great Instagram” goes against everything I said about social media above — but nothing about this image is fake or over-edited, and I simply adore all this natural fall-time beauty and sharing it with others (especially since Hannover is such an underrated city!). Coming up in November

I’m hoping for more pretty fall moments until it’s already Christmas market time by the end of November! But before my life will be all about warming frozen fingers on hot Glühwein mugs, I’m facing a few professional challenges and will continue to spend this fall zigzagging through Germany to find remaining foliage and good coffees.

I find it hard to believe that there are only (less than!) two months left of this year, and I want this year to end on a positive note — so I will try my best to be content even if I don’t have any exciting travel plans and the days will become shorter and colder. I’ll try to turn this into a little challenge: Spend less time wasting time online, stop wishing I was somewhere else (read: somewhere warmer), be happy about little things (like rays of morning light on my kitchen table), and refrain from freaking out over non-exsisting holiday plans.

Where did you spend your October?
Was it as golden as it’s supposed to be?