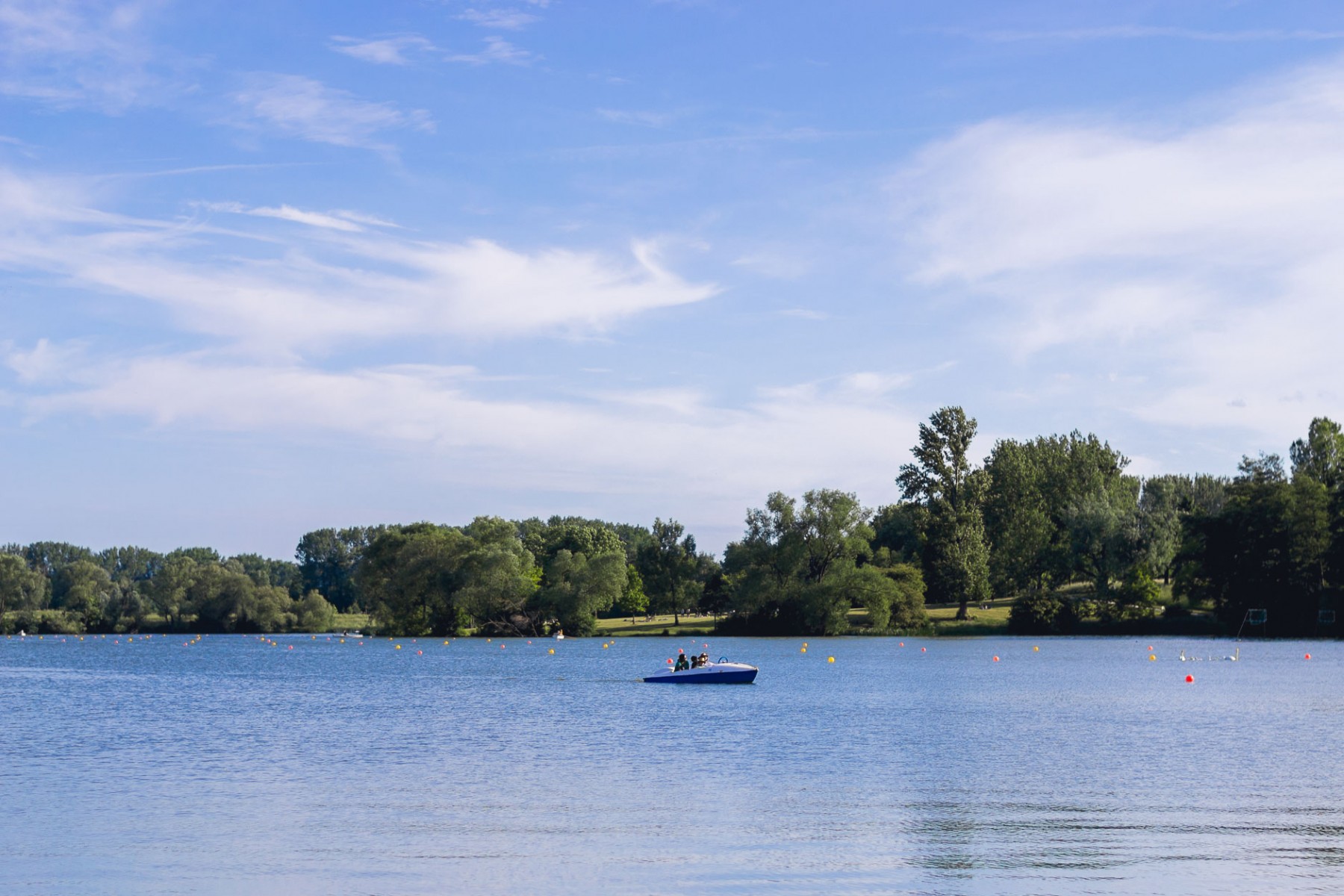 June was a mess.

I was really looking forward to June, but it was a messy month. My financial situation (too broke after May travels), my social media channels (too neglected), my hair (too long), my apartment (too dusty), my thoughts (too much going on) — everything was pure chaos. I thought May had had its depressing times, but sadly, June was even worse. Summer came to Germany to tease us for four glorious days, but just when I was getting ready to paint my toe nails to officially wear sandals again, summer was gone again already. Gray skies, rain, and early March temperatures dominated almost this entire June. And you’d think not having summer weather as a distraction would help me concentrate, but my brain was a mess too and thus I didn’t write nearly enough last month.

I took a few train rides across Germany, but didn’t cross its borders. After a lot of travel in the last months, I had been glad to have month off of airports, travel anxieties, and even taking photos — but naturally, I ended up researching beach destinations every other day, because I was craving an actual vacation (still do). I’m longing for the kind of vacation were you just lie in a beach chair reading all day for a week straight (not that I’ve ever been on such a trip before, but I imagine it must be so relaxing). While eating breakfast I often found myself going through old photos in my Lightroom libraries, and I’ve been missing the beaches of Portugal and Croatia so much it hurt. Time to book a trip to the beach soon! Any suggestions?

Even if I wasn’t treated to many blue skies this month, at least all the June roses were a little eye candy. And luckily, they were everywhere! And peonies, too!

I really don’t want my monthly round-up post to turn into a monthly Julika-complains-about-her-life-post as I objectively don’t have anything to complain about. (Except the weather, but I can’t help that: Complaining about the weather is in my German DNA.) But I’ll focus on the roses right now, because they were what I loved in June. Flowers and cherries from the farmers’ market just make everything better! When I say that June was a messy month I still mean that there were really great times too: Steffen and I celebrated our eight year anniversary (by celebrating I mean we drank a bottle of wine that cost more than 2€ and he semi-forced me to watch that stupid Apple keynote thingie with him), and I spent a relaxing weekend at my parents’  place in rural Hesse. Just sometimes, life and all its messiness and some devastating news was all a bit too much to process. I love farmers’ markets! People always make you try everything! I wish there had been more coffees in the sun in June, or iced coffees even, but as summer weather didn’t play along, my desire to sip coffees on cute café outside patios was also pretty limited. I did make myself go out for coffee (and bring my camera) to break the routine a couple of times though, and I have high hopes for more real summer coffee moments next month. I don’t have any photos to prove it, but nerd-wise I actually had a great month! I attended a couple of lectures, disputations, and two conferences — and saw some pretty famous people speak. Famous obviously only among the few people who specialize in Central European art and literature in the Middle Ages (there are not too many of us out there), but still famous. It’s really so cool to read articles written by certain people for years and then see them talk in person! I thought I had been lazy last month when I didn’t bother changing lenses and even shot all my travel photos on my 50mm lens. In June however, I barely even touched my camera. All the photos in this post were indeed taken in June 2015, but only over a course of four days. Maybe I was on an inspirational rough patch, maybe I had just taken too many photos the months before and was a little brunt out from that clicking sound, who knows. I still tried to take a few photos when my aunt (who lives in the States) came to visit Göttingen for the first time (showing a visitor around always helps me appreciating my pretty home town!), but other than that I barely bothered to bring my camera along. As I only took phone photos in Germany this month, I was excited to see which photo would do best. (I always fail to predict which photo can get the most likes.) It was a tie this month, but with 105 likes these two photos both won my little imaginary photo contest.

The first photo was taken in Göttingen on a Sunday stroll along the city lake, the second one was taken while I was visiting my parents in the state of Hesse where we hiked a castle trek (as you do in Germany) that led us to this cute village scene. Coming up in July

July is birthday month! Okay, I’m actually not really excited for my birthday at all, because it’ll be spent all grown-up and lame with a solo balcony breakfast and working all day. But: I’ve always had a special affection for July. And who knows, maybe summer might come to Germany after all. Apparently, the current heat wave (summer finally came this week, yay!) is staying for while and that would definitely the best birthday present!

I might not look forward to turning 28, but there are some other fun things happening in July: My little university town is hosting its very first beer fest! I didn’t know Germany actually had microbreweries, but it apparently does and I’m looking forward to sampling new regional beers next weekend.

And: I have an international visitor coming to Göttingen for a couple of days! My good friend Amanda will crash with me on her big Europe backpacking adventure, and I’m thrilled that we’re going to explore Lower Saxony (and beyond!) together. We have some fun things planned already, and I’m also sure she’ll also really appreciate the knowledge I’ll hopefully pick up at said beer fest. Follow along on Instagram and Snapchat (I’m @JulikaSarah on both) to see where we are heading and what kind of trouble we’re getting in to!

How was June like where you spent it?
Did you enjoy the first real summer month?