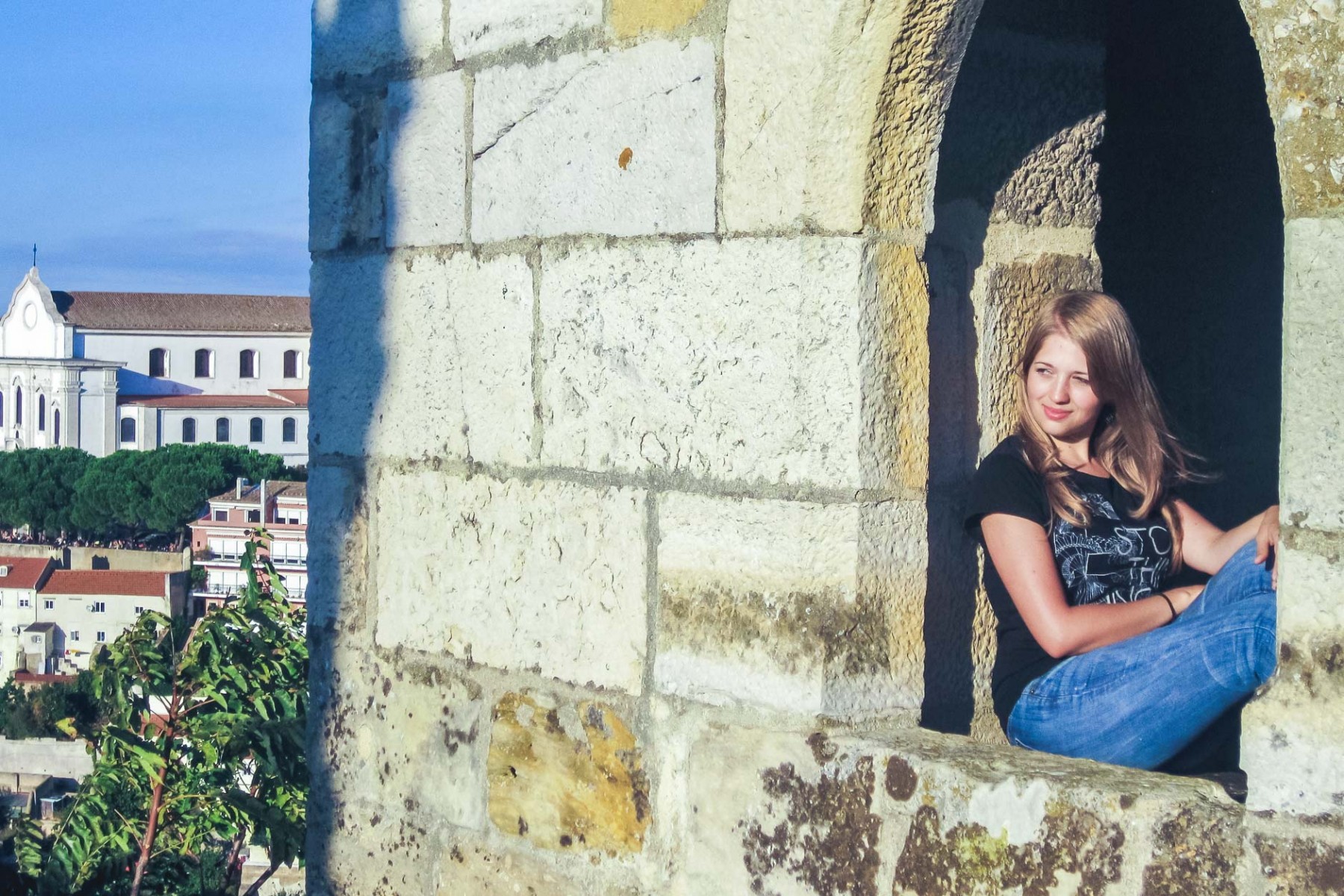 I know this is a strange way to begin a travel-related blog post (especially when you have the real-life dating experience of a sandwich), but lately, I feel like a jealous ex-girlfriend.

My first love and I have drifted apart. And I’m slightly heart-broken.

A few years back, we were on the same page about everything. We were the perfect fit, and I felt like I alone had discovered the awesomeness that no one else saw. I was over the moon and couldn’t stop smiling, because we were so amazing together. Unfortunately, I had to move on eventually. But I never gave up on hoping that fate would bring us together again.

In my heart I knew that I could never ever replace this kind of love. Our story was the was the once-in-a-lifetime-kind of story.  I had always been nostalgic and kept assuming that one day we would be reunited and that we could pick off right where we left.

But the the past years brought changes.

My first love changed a lot: With a hip new reputation, more and more photos appear in my Facebook newsfeed and in my Instagram stream — and I can’t help that every single photo feels like a punch in the stomach. I had seen what lay under the facade despite all the roughness around the edges, those uncountable little lovable features all this time. And I’m just not ready to share them with the world now that the word is apparently out. I came to Lisbon when most of my fellow Millennials basically still thought Portugal was just a region of Spain. Back in 2008 when I had just turned 21, I landed in Lisbon on an unusually chilly August morning and my first impression of the city wasn’t actually good at all: In the crowded bus from the airport to the city center, a pickpocket in a very bad tourist costume nestled on my backpack zippers right in front of me the entire time, while I was desperately struggling to hold on to by backpack as closely as possible and not losing balance in that not so smoothly rocking bus. On the rare occasions I dared to look away from the sweaty guy who just wouldn’t let go of my stuff, I spotted ruinous houses and trash on the streets.

I couldn’t help instantly regretting that I came to Portugal for my summer vacation.

To be honest, I had been terribly unprepared: When I first heard Portuguese through the speakers of the airplane, I thought it was Czech or something, because of all the weird hissing sounds I couldn’t make sense off. I didn’t know what an egg tart was and I didn’t make a single attempt to try one, because they weren’t on my radar. Actually none of the Portuguese food was. I didn’t even realize there was an hour time difference to Central European time.

I came so unprepared that this first trip to Portugal was bound to be a disaster. But it wasn’t. And Lisbon blew me away like no other city ever did. Even without sampling any of the seafood or any of the pastries, even without knowing how close all those gorgeous beaches were, even without being able to pronounce “thank you” in Portuguese, I was in love. Head over heels in love. The people, the architecture, the atmosphere — I loved it all although I understood so little of what the city was about. When I returned after eight magical days in Portugal, I signed up for a Portuguese language class right away. After finishing my Bachelor’s degree, I chose to do my Master’s at a university that had a study abroad partnership with Portugal so I could earn my credits abroad.

I knew I needed to go back.

In September 2011, I came back to Lisbon. I still hadn’t heard of an egg tart before, and I still barely understood a single word, because I had learned Brazilian Portuguese and hadn’t realized how big the differences actually were.

I was terrified: Because I hadn’t been abroad by myself before and I didn’t even have an apartment or a working cell phone when I arrived. But I was also afraid that Lisbon couldn’t live up to my expectations from three years before when we had our glorious brief summer fling. But it turned out that my five months in Lisbon made me fall harder than I had ever anticipated.

From waking up to the sound of seagulls to the melodic sound of the language, to randomly heading to the ocean after class, I adored every little thing. Even that the cashiers are so slow you could take a nap while waiting at the register in the supermarket, even that you have to cue to get on a bus, even that you can rarely find a place to eat fries at at 4am in the morning.

Everything I am today I owe to Lisbon: Lisbon is where I learned that I can be strong enough to move abroad by myself, Lisbon is where I first met long-term travelers from all over the world. There, I heard an Australian accent for the first time, I played drinking games with Polish and Brazilian friends, met solo female travelers (who I still considered to be extremely brave), and learned that the cliché of gorgeous blonde Scandinavian people is really true.

All of the sudden, there were so many countries, stories, and languages that I was interested in!

I slowly started to comprehend the rules of hostel kitchen small talk and what a book swap was. I realized that attempting to speak four different languages at once works better when you’re tipsy (even though you probably won’t make any sense).

I danced until sunrise, ate until I couldn’t walk anymore, and was still smiling even when I got soaked in the craziest November storms.

I was smitten, and the sun was shining 98% of the time, and I could climb rooftops to see the ocean in the distance. It was perfect. Those five months in Lisbon were life-changing. And I don’t mean the cliché-travel-writing-kind of life-changing, I truthfully mean that my perception of travel and being an expat has never been the same again. This time in Lisbon changed me, even though five months don’t seem like such a long time.

However, I came to Lisbon at a bad time in 2011. Portugal was struggling badly: I met so many talented young professionals who couldn’t find a job, and the city’s entire Christmas decoration got channeled to save money. There were countless strikes and protests, the news were full of more devastating financial restrictions.

I’m so relieved to see that Portugal is doing better now, and I’m glad for every tourist bringing money into a country that otherwise has too little natural resources to survive. I want everyone to go to Portugal and fall in love with it the way I did — but I also don’t.

I’m jealous that Lisbon has become so cool lately that I feel like it is no longer my city. Back in 2011, there was no hipster market hall, there were no guided street art tours and there certainly were no tuk-tuks taking tourists up the hills.

Lisbon was less trendy back then. But it was my Lisbon. Suddenly though, Lisbon institutions host tons of Instagramers from all over the world for #EmptyPlaces events. Literally every travel blogger out there came to Portugal in the last few years to share their two cents about egg tarts, especially now that the country started hosting more and more blogging conferences. Lisbon and Porto appear as hidden gems on every other Lonely Planet list.

I’m happy about that. I really am. But I’m having a tough time sharing my Lisbon. That’s the tricky thing about love: Letting go is so much harder than you’d think. I’m not ready to give up hope for us yet, although I know we’ve both changed. Lisbon is changing because it’s becoming one of the top tourist destinations in Europe, but I’m also not the girl I was 2011.

Maybe I should accept that it won’t be the same anymore, but we’ll always have our memories. Those laughs, lost-in-translation-moments, wine stains, food comas, tan lines, and photos that only tell half the story — they are ours. On the weekend before I left, I had a little conversation with the taxi driver taking me home at 7am in the morning after one last crazy night out. He jokingly asked if I was going to cry at the airport on the day of my departure. “Talvez”, I said and laughed it off.

I lied though. I’m still crying a little every now and then. Because Lisbon and I, that was a once-in-life-time story. But at least we will always have our memories.

Have you ever fallen in love with a city?