Home » Specials » On Being Underwhelmed 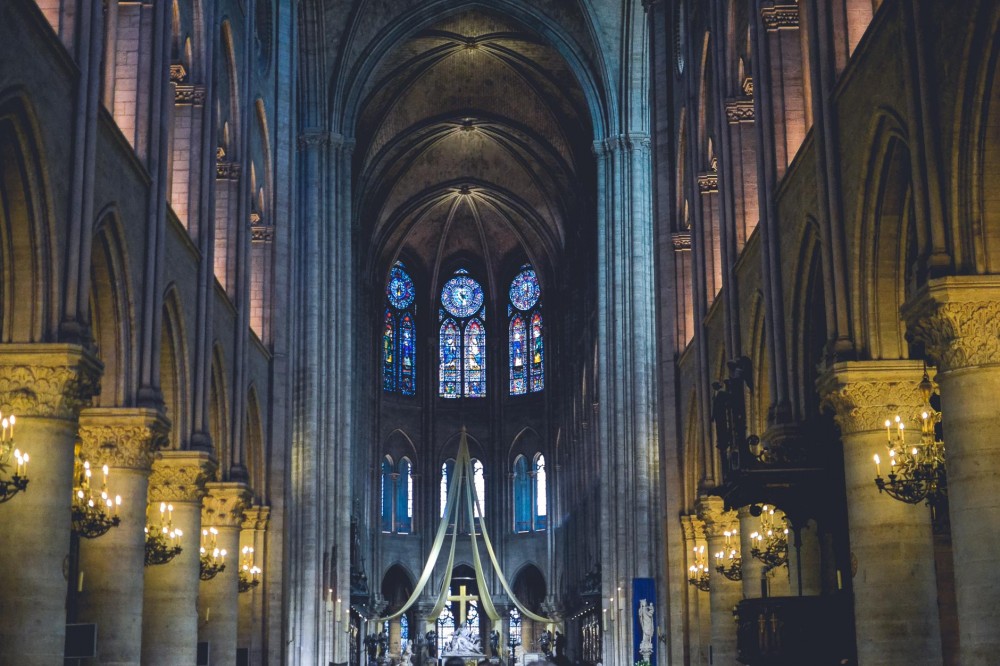 I vividly remember when it happened to me for the first time. I was 19 years old on art major class field trip to Rome. We had spent the entire year before learning about Renaissance and Baroque architecture and the history of the Eternal City. Dates and countless names of places, popes, and artists had to be learned by heart to prepare those seven September days studying real art in Rome.

When we finally arrived, we had to practice our architecture sketching skills in front of ancient ruins and give presentations in front of famous fountains, half-screaming to be louder than the blustering water and the hoards of tourists around us. It was exhausting.

We had ten hour days walking pretty much everywhere in Rome, learning so much about art and history, and spending the nights out late drinking cheap vino rosso della casa after.

But I was happy. I finally got to see and experience the city I knew so much about. I had read encyclopedia articles, looked at photo books, and watched TV reports.

And I was almost numb with anticipating joy when we were about to enter Vatican City. Even during our 4.5 hours guided tour in Rome’s late summer heat, I was soaking in every word our guide was telling us about Michelangelo, Bramante, Raffael, and all the other famous names intertwined with the architectural history of the Vatican.

What I was most excited for however, was the Sistine Chapel.

I felt like I had learned everything I could possibly have learned about this famous little chapel beforehand, and I was dying to see it in person. Finally, after all this time, I was half-pushed through a narrow wooden door, trying to not step on anyone’s feet while I prepared myself to look up to see Michelangelo’s lifetime achievement.

I took a deep breath and —

The screams of the stern guards in suits echoed from the walls Ghirlandaio, Botticelli, and Perugino once famously painted. I walked, or rather, fought my way to the center of the room, approximately guessing where the Creation of Adam would be straight above me.

I tried to ignore the aggressively shouting guards, took a deep breath, finally ready to see —

On the stick of another tour guide, that neon yellow plush cartoon character.

This moment will forever be my memory of the time I first looked up to see Michelangelo’s famous frescos — and the disappointment I felt in this very moment stills almost brings tears to my eyes.

The moment I had been waiting for all these years was ruined: The screaming guards, the pushing tourists, greedy for the best view and sneaky photographs only making the guards scream even louder, and that stupid plush thing on a stick — it was all just wrong. So wrong.

Visiting the Sistine Chapel was nothing like I had imagined it to be like.
I was underwhelmed.

Maybe it wasn’t even the situation that ruined my intimate moment with Michelangelo’s stunning work here, but the idea of this moment I had created years in advance. Reality could just not meet with this moment.

When I look back on the trips I have taken in the last years, I notice that something similar has happened to me in many places. Maybe not as life-changingly depressing as my Pikachu encounter in the Sistine Chapel, but I was still underwhelmed by many places that I was sure I was going to love.

The other day, I stumbled upon this paragraph in Gillian Flynn’s ‘Gone Girl’:

“We were the first human beings who would never see anything for the first time. We stare at the wonders of the world, dull-eyed, underwhelmed. Mona Lisa, the Pyramids, the Empire State Building. Jungle animals on attack, ancient icebergs collapsing, volcanoes erupting. I can’t recall a single amazing thing I have seen firsthand that I didn’t immediately reference to a movie or TV show. […] I’ve literally seen it all, and the worst thing, the thing that makes me want to blow my brains out, is: The secondhand experience is always better. The image is crispier, the view is keener, the camera angle and the soundtrack manipulate my emotions in a way reality can’t anymore.”

And it hit me: This is why certain places keep underwhelming me! I expect too much, I know too much. I have already seen too much and already felt all the things.

Is it really true though? That the secondhand experience is really better than reality? Are crisp close-ups what we expect and then — when we encounter bullet-proof glas, barrier tape, and security guards — we are disappointed?

Guide books show us photos of ancient Inca temples before the tourists arrive, TV reports fly us over canyons during sunset, novels tell us what it felt like to enter a Gothic church in the Middle Ages.

Somehow, we expect our experience to be exactly like this, and we are underwhelmed when there is just not the magic we’ve been waiting for.

Lately, I’ve come to understand that I don’t want to know everything there is to know about a place before I go: I want to be surprised, I want to fall in love at first sight in the sense of never-even-seen-this-in-a-picture-before-love-at-first-sight. I simply want to feel the magic of a place and be overwhelmed.

In London, expected my fifth grade English textbook come to life, but instead I fell for hipster markets, street art, and fabulous coffee. I had zero expectations before going to Budapest and it was the most perfect city getaway of all times. I had few expectations before going to Dublin, but I never would have guessed that heartfelt Irish live music in a pub would eventually be the thing bringing me to tears.

I love Paris for it’s insane beauty that in reality is way more twisted than a romantic comedy movie could ever show: I’ve never seen so many cockroaches and rats in any other Western European city and those picturesque metro stations actually smell like piss and weed — but these absurd vibrant contrasts are what makes me dream about Paris daily.

And back in Rome in 2006, I expected nothing of the ancient church of Santa Sabina, but it made me fall in love with Rome. It’s here where I had the overwhelming spiritual experience that I had been waiting for — it didn’t happen the way I imagined it, but maybe it was even better that way. My 19-year-old-self was sad for my ruined Michelangelo moment and even when I returned to the Sistine Chapel at the age of 26 this year, I still didn’t feel the spirituality I was hoping for even after all this time — but Santa Sabina made up for it.

I’ve learned that it’s better not to know everything about a place before going — even if it means missing a must-see. But I also learned that there are places that are simply better in reality, because a video or photo could never tell you want it truly feels like: Fall foliage at Plitvice Lakes in Croatia, a sunset of a lifetime on a beach in Portugal, or entering the Cologne Cathedral for the 20th time and still being in shock over all the Gothic beauty.

Yes, even for a girl growing up in the 21st century, a girl who has had way too many secondhand experiences on TV screens, there are those rare and beautiful moments when you’re just purely, unexpectedly overwhelmed.

Have you ever been underwhelmed on your travels?