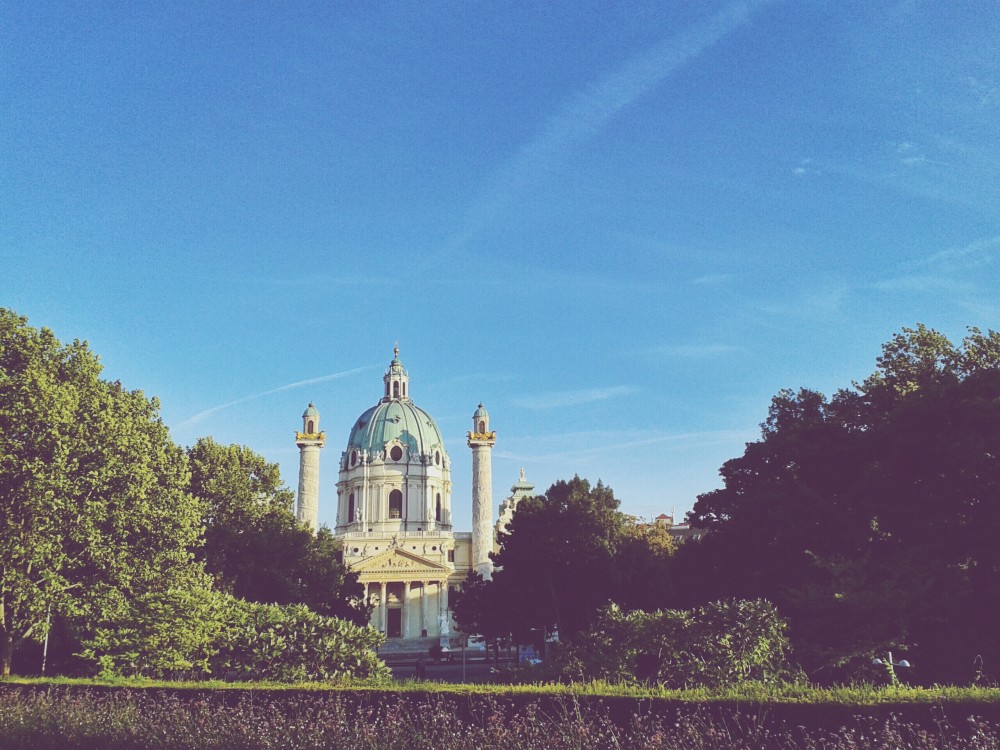 I’ve written quite a bit about how it felt to travel to Bratislava and Vienna by myself, but now it is finally the time to share some photos! Taking photos in the capitals of Austria and Slovakia really wasn’t too though: They are both strikingly beautiful cities with clean streets and adorable cafés.

I’m probably not doing either of them any justice by describing them together, but considering that they’re the closest capitals in all of Europe, they sure have a lot in common: Pretty architecture, art deco coffee houses, picturesque squares.

Granted, I’ve spent a few days in Vienna, and I’ve even only spent a few hours in the historic center of Bratislava so I wouldn’t ever dare to make any general assumptions about both capitals (let alone countries!) — but I’ll just let my Instagram photos speak for themselves and let them depict these two lovely cities: Landing in Austria at sunset The only time I was brave enough to ask someone to take my picture
(aka the only photo proof of me in Vienna!) Falling in love with these quaint little streets in Vienna The one true reason I came to Vienna: The Kunsthistorisches Museum! First glimpses of Bratislava: Coffee and a pastry filled with poppy seeds! A flawless August morning in Bratislava I was really surprised by the quality of the coffee (shops) in Bratislava! The beautiful Karlskirche is one of the most famous churches in Vienna — and rightfully so, especially at Golden Hour! An early morning underneath the arches of Vienna’s town hall The most expensive cake I ever had — but if a chocolate cake is of Vienna’s famous “sights” of course I will indulge! The prettiness that is Belvedere Palace Have you been to Vienna and/or Bratislava?
Which photo do you think depicts both cities best?