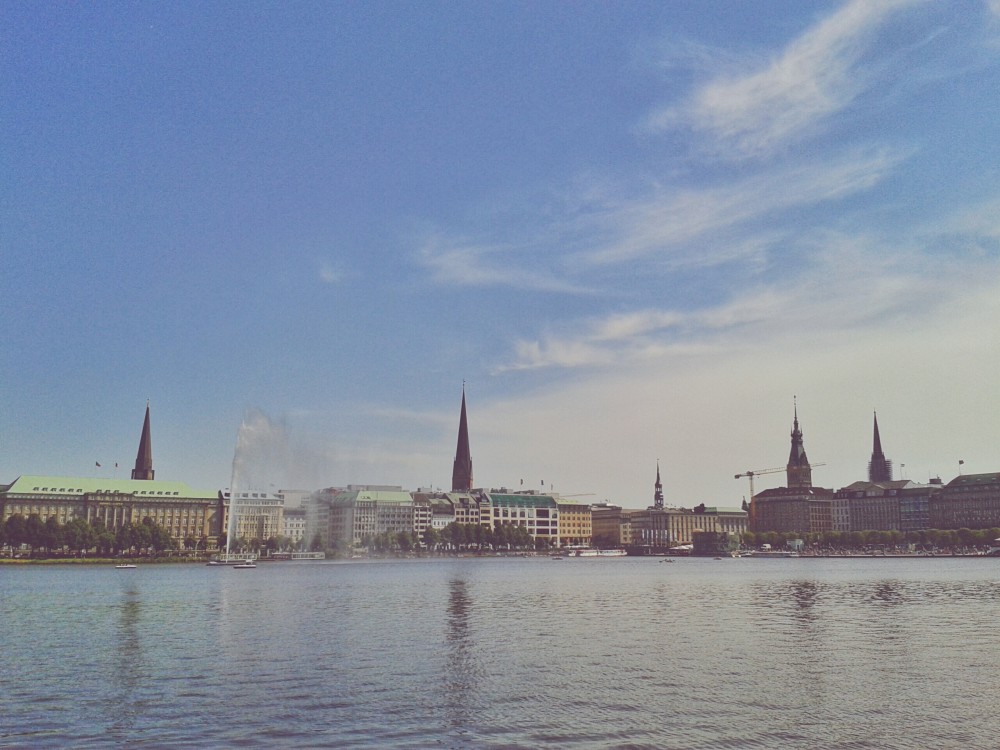 Although I visited three different European capitals this spring, I was a bit travel-deprived lately. My springtime travels were amazing and I was getting used to sleeping in another bed every other three days. Of course, I loved being in Germany to see it turn from grey and frozen to blooming and colorful during the lasts months. Being at home is really not too hard when the weather is nice and you find time to explore your new adopted home town as a tourist visiting farmer’s markets and climbing medieval church towers.

Nonetheless, I’ve really, really been wanting to get out of the city for a while. And with Pentecost holidays this past weekend I at least had the ultimate chance to squeeze a long weekend somewhere, anywhere else into my otherwise busy schedule. Originally, my boyfriend Steffen and I were thinking about a city break somewhere in Europe — a city, or better even, a country I had never been to preferably. I had my eyes on Luxembourg, but I had waited to too long to get my new ID done, so I had no documents I could have left the country with. So, weekend getaway in Germany it was. Even after two visits to Berlin in the last year, I didn’t have enough yet so I really wanted to go back there again. Steffen however, suggested Hamburg, where I hadn’t been in almost six years, and I have always dreamed of going back.

And one advantage of living in Göttingen is that Hamburg is only a 13 Euro train ride away (if you take the slower, regional trains and buy a Lower-Saxony-Ticket for two travelers). Plus, that weekend away in Hamburg back in 2008 was our very first trip together and I really liked the idea of going back for our seven year anniversary weekend. Even though on short notice, we luckily found a nice apartment in the old city center of Hamburg, and we also lucked out with the most perfect summer weekend! I know it doesn’t sound very cool to spend a weekend away rather close to home, but Hamburg is so international and exciting, and the weather was SO not German, that it felt like I was really far away. I mean, I didn’t need a jacket once at night and I ordered pasteís de nata in Portuguese during street festivities in the Portuguese quarter! Summer heat, foreign languages, and international food — what more could I have asked for to feel like I was far away? It also helped that I just learned that I totally have a thing for Hamburg. And there are truly many reasons to love Hamburg. The most obvious one is probably the majestic harbor and everything that comes with it — the sound of seagulls, the super fresh seafood, that salty sea smell, and the feeling that every distant place in this world is only a boat ride away. I also loved that every neighborhood feels so different that you wouldn’t even think they are in the same city: The old Speicherstadt consisting of canals and red-brick warehouses only; the sleek and elegant Hafencity with the funkiest 21st century architecture out there; the sinful lanes of St. Pauli full of drunk (bachelor parties dressed up as) sailors, prostitutes, and sex shops; the edgy, creative (and by the way, so Berlin-esque!) Schanzenviertel, the ultimate hipster hub. I only saw the tiniest glimpse of Germany’s second biggest city, but I totally fell for the diversity, the laid-backness, and ridiculously nice people. Even though I didn’t leave the country and even though I didn’t explore a new city, I feel relaxed and satisfied. I probably have to say it to myself even more than write it on the blog: You don’t have to go far away to find something exciting —  adventures close to home can be just as amazing and fulfilling as the ones on the other side of the world. Which one is you favorite image from my summer weekend in Hamburg?

PS: You can find me on Instagram as @JulikaSarah.