Catching my Breath in Rome – The Cimitero Acattolico 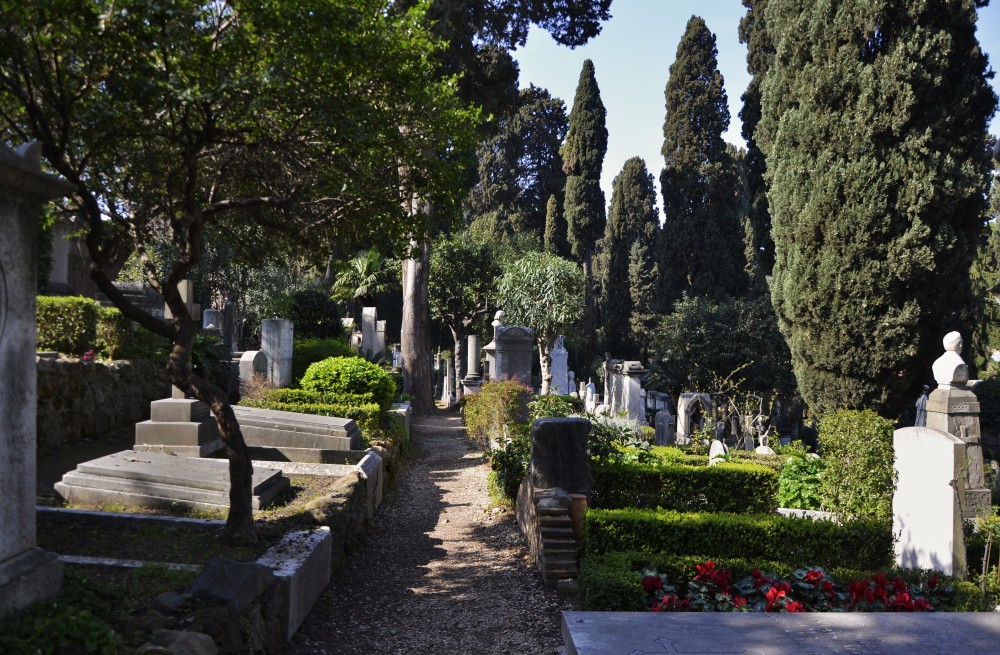 Catching my Breath in Rome – The Cimitero Acattolico

We all want to be travelers, but we don’t want to be tourists. “Those” tourists. We don’t want to be a part of the crowds that line up in front of sights and information desks. Those people who just visit the Louvre to take a selfie with the Mona Lisa, and those who pose to have their photo taken “leaning” against Big Ben. The people who suddenly stop in the middle of the street to look at a map.

But the thing with tourists crowds is that most of the time the places where the tourists go are actually worth seeing. Places like Rome, for example. And suddenly, you’re just one of many tourists and you can’t help it.

Honestly, I was shocked how crowded Rome was in mid-March already. There even were no important Catholic holidays, no big European school breaks, and there was absolutely no warm weather guarantee. But still, the city still felt like it was about to burst any time soon. What no one tells you about Fontana di Trevi

The more annoying tourists I saw, the more I slowly felt anger taking over my vacation mood. The pickpockets and loudly weeping beggars who follow you into stores, and the hour-long lines of tourists in front of everything were beginning to bug me more than I’d like to admit. Oh, that’s just Michelangelo’s most famous sculpture on an iPad

The worst moment was probably in the Vatican museums and the Sistine Chapel — I already had low expectations regarding how little art I would actually see there, but it was even worse than that. Being surrounded by tall people and tour groups, I could barely see anything else but elbows and iPads. Don’t get me wrong, the Vatican museums are amazing and I bet there are parts which aren’t as crowded (usually the medieval art section), but prepared to be pushed around and see little when walking along the most frequented hallways. After a few days of being surrounded by ancient sights and oh so many people, I needed a break from it all. And what is the best place to catch your breath and get away from the crowds in every European city? The old cemeteries. Always. I know it sounds strange to some people that I like seeking out cemeteries on my trips, but I truly love them: They are quiet, off the beaten track, often deserted, and usually free. And the Cimitero Acattolico di Roma had been on the list of places I wanted to see in Rome for a long time. The cemetery for the (former) non-Catholic residents, is located in the residential neighborhood of Testaccio, South of the Coliseum. It takes a short metro ride to get there, but after a few minutes in a crowded train, you’ll find yourself in a neighborhood with very little tourists and many locals. A few years back, I had heard about this pretty cemetery during my undergrad in a lecture on English romanticist literature. The professor showed us a photo of himself posing on the grave of Percy Bysshe Shelley and briefly mentioned that he had traveled to Rome to visit the poet’s grave. The question of whether it is okay to take photos of yourself on a grave aside, for the longest time I vaguely remembered that there was a cemetery worth seeing in Rome — not only for people in love with the morbid beauty of cemeteries, but also (English romanticism) literature geeks. And I was in love even before I walked through the gate: The Cimitero Acattolico, or Campo Cestio, is not the biggest cemetery, but it is so green that it looks more like a park tucked away in-between the apartment buildings of Testaccio. There were old trees, flowers, and benches, and cats, and cats on benches — everything you would expect in a recreational spot in a city, combined with beautiful sepulchral art. I was really close to getting annoyed with Rome, but my visit to this gorgeous cemetery changed my mind about traveling in really touristy cities: You are not doing yourself a favor by hunting down all the must-sees with hundreds of other people — but it’s not their fault, either. If you want to find tranquility in a city, go look for a quiet and unique place that is a bit further away from the crowds. Originally, I wanted to rant about the tourists and pickpockets in Rome, but I’ve learned my lesson: What I experience of a city is up to me. And the Cimitero Acattolico is definitely my new favorite place in the eternal city, because this is where I fell in love with Rome all over again — far away from all the tourists and the big city chaos. Have you visited a cemetery to flee from the tourists?
What’s your favorite place to catch your breath in way too crowded cities?