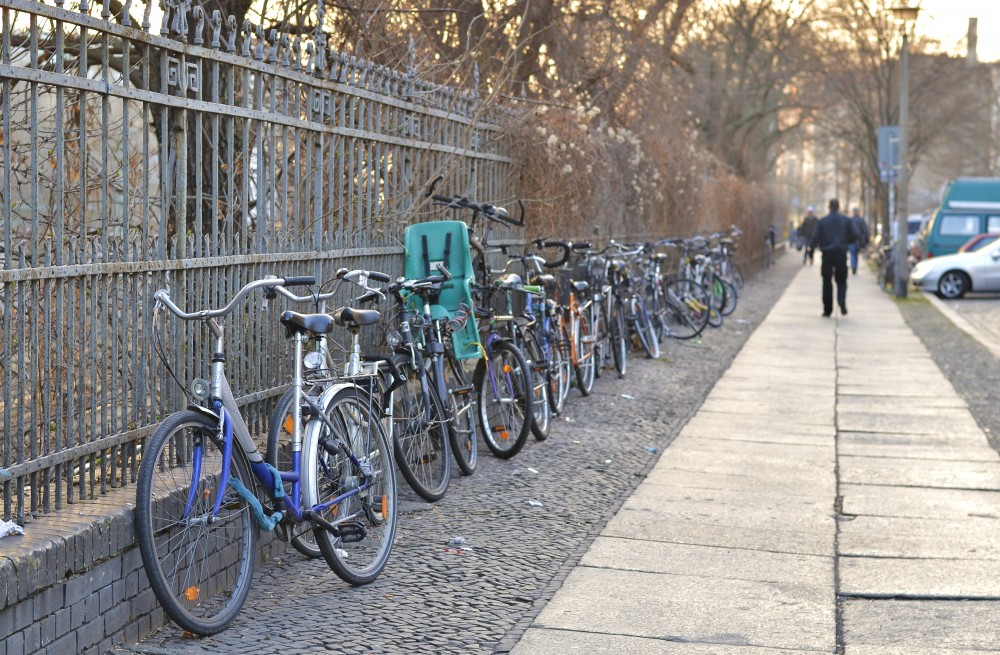 I’ve been to Berlin three times, and my visits could not have been more different: My first trip there was with my parents when I was fifteen. We stayed in a gross basement apartment somewhere in the suburbs, and I barely saw Berlin, because I constantly had my nose in a book. And to be honest, at the age of fifteen you have different ideas of a vacation than visiting churches with you parents.

It took me forever to get myself back to Berlin. Last summer, eleven years after my first visit, I came to my country’s capital for a second time. I hardly recognized the city — the buildings my teenage self had taken photos of were gone, but the construction sites had grown even bigger.

This time, I stayed in a 4 star hotel (thanks to a cheap last minute deal, obviously) in Mitte, the center of everything, with my boyfriend. We met up with his little brother who lives in Potsdam and thus knows Berlin really well. I didn’t look at one single map or subway plan during my July weekend in the city, because I could rely on being shown around by someone who knows their insider tips and shortcuts. But even though this trip brought me closer to understanding the artsy, ugly, creative, intoxicating Berlin, it didn’t feel real. Following a (n almost) local around, staying in a fancy hotel, and staying in Mitte, where all the tourists are, in general — it just didn’t feel like the Berlin I heard people rave about, the Berlin that makes people move across half the world because they want to be a part of it. Luckily, I had the chance to travel back to Berlin in early March — and I knew this was my chance to experience more of the actual Berlin, to see beyond the surface, to dig a little deeper. Ever since driving through Prenzlauer Berg neighborhood last summer, I’ve dreamed to live there one day. It was only a short glimpse from the backseat of a car driving out of the city, but it was enough to enchant me: There was a young good-looking dad with a beard and a stroller walking past a big graffiti mural carrying his organic veggies in a jute bag. I know, this is an almost disgustingly cheesy cliché of Berlin, but I adored it: Young parents with tattoos, stylish coffee shops next to fucked up subway stations, organic supermarkets and vintage boutiques — the perfect mix of urban and residential. I could totally see myself living in Prenzlauer Berg. That’s why I was thrilled to learn that GowithOh offered me to stay in one of their apartments in Prenzlauer Berg a few weeks ago. It was the opportunity I was waiting for! I had the chance to stay in a real Altbau apartment — in the hippest residential neighborhood! Why was I so excited about “Altbau”? You see, Altbau is what Germans call the city houses built around 1900. The apartments in those houses are usually enormous, have three to four meter high ceilings, often with stucco, and beautiful wooden art deco doors. They show the urban glamour of a long-gone time. However, many of them where destroyed during World War Two. And even though I’ve lived in several German cities in various states, was never lucky enough to live in a real Altbau apartment, because in most German cities, Altbau is rare and pricey. But Berlin still has a lot of Altbau buildings, some even still quite affordable. That’s why whenever you see a German movie or TV set in Berlin, the characters will ALWAYS live in an Altbau apartment. It’s the image of living in Berlin I grew up with; it’s how the locals’ life in Berlin looks like in my mind. And seeing one of these real Berlin Altbau apartments from the inside and calling it my home for a few days, was a little dream come true. In fact, sometimes it really felt like I was starring in my own little Berlin movie: The house entrance door was three times my height and rough-running. It lead into an entrance hall paved with cobblestones, which was formerly used to enter the house with horse-drawn carriages. Pretending to climb off my carriage, I ascended the dark wooden stairs, which made a faint squeaking sound on every step. When I reached the apartment, the door opened up to parquet floors — only once interrupted by the big chessboard tiles in the kitchen. There was so much space (even the bathroom was bigger than most rooms I’ve lived in!) and the light falling through huge windows… sigh. The only thing I was sad about was that I couldn’t move in there for good. Even beyond the gorgeous Altbau apartment, living like a local in Prenzlauer Berg was everything I hoped it would be: I passed world-famous street art by ROA on the way to “my” subway stop, and I saw more inviting coffee shops than I could possibly try during my stay. I drank a an Australian flat white while listening to theater students discussing their newest play. I sipped cappuccino in a café with hip retro interior, where the locals popped in asking for their usual. Strolling through Prenzlauer Berg, I saw restaurants with food from all over the world, art installations and graffiti, and a never-ending abundance of strollers. I still only scratched the surface of Berlin. It might take years of living there to really understand it — given it is possible to ever fully understand city that keeps reinventing itself. But of all my visits to Berlin, I feel like staying in an actual apartment and shopping for groceries in a less touristy neighborhood has brought me so much closer to slowly getting what Berlin is all about. And yes, I still totally want to live in an Altbau apartment in Prenzlauer Berg someday. Note: GowithOh kindly offered to host me in Berlin, but all opinions and the over-excited Altbau enthusiasm are entirely my own.