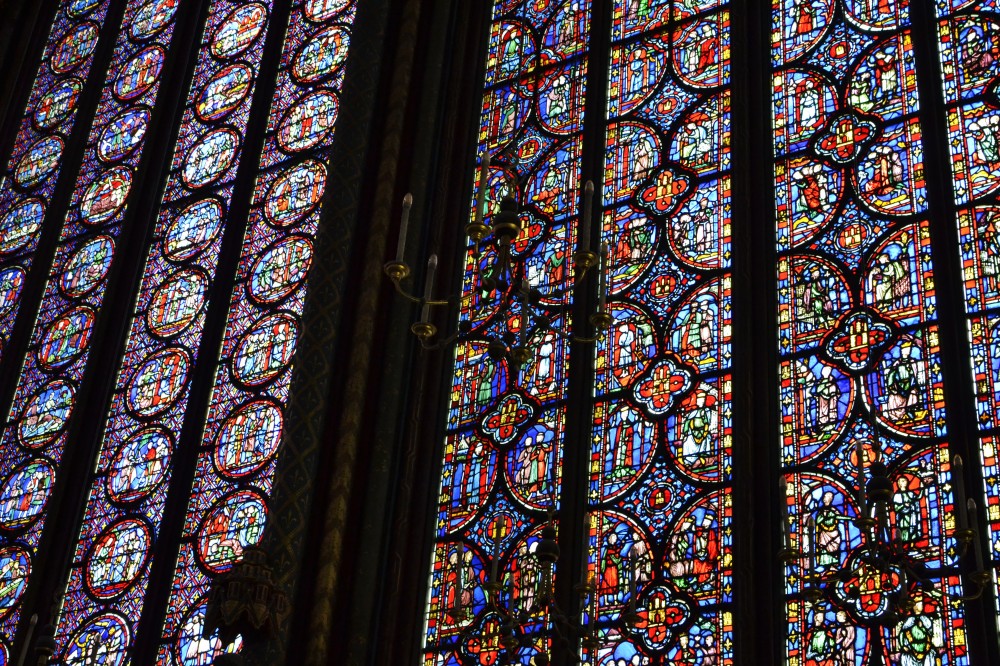 Every once in a while I just have to go back to the roots. Back to my roots as an art historian. I can’t go too long without writing about my beloved Gothic cathedrals. If you have read my little art historical background you know that I decided to become an art historian while being moved to tears in the shimmering ambulatory of Basilique Saint Denis, one of the most magnificent Gothic cathedrals of all times.

Medieval churches are my favorite places, my emotional safe havens. They are places to calm down, to think, to catch your breath, to be still. To people who are not all that familiar with medieval architecture, my über-excitement for these cathedrals may be a little strange. But even for those who aren’t really into architecture, but are in general culturally interested individuals — there is one Gothic building in all of Europe you should see once in your lifetime: Sainte-Chapelle in Paris. Compared to all the other spectacular Gothic cathedrals Sainte-Chapelle is tiny — nothing more than a small private chapel. Which it was, but for nobody less the French king himself. What nowadays is called the Conciergerie used to be the royal palace Palais de la Cité on the famous Seine island, the oldest part of Paris.

When some of the most important relics of Christianity including the Crown of Thorns and pieces of the Cross were brought to Paris mid 13th century, King Louis IX commissioned a private chapel that would function as an accessible reliquary for him and the royal family. Sainte-Chapelle was his walk-in treasure chest. What is so incredibly spectacular about this little church is that it is the most Gothic building that was ever built. Gothic builders wanted their sanctuaries to be about light and lightness to leave the heavy gloominess of Romanesque buildings behind: No more darkness, no more fortified walls, no more low ceilings.

The Gothic concept of having as few walls as possible carry the weight of the majestic vaults was never so perfectly fulfilled as in the little palace chapel Saint-Chapelle. This church doesn’t have any walls at all — just the most beautiful stained-glass windows and pillars. It’s truly divine and just quintessentially Gothic. If you want to understand Gothic architecture, if you want to know why people in the Middle Ages perceived them as a gateway to heaven — visit Sainte-Chapelle in Paris!

It may not be as jaw-droppingly overwhelming when it comes to size, but you won’t find light, colors, and stunning Gothic beauty like here elsewhere.

Have you visited Sainte-Chapelle?

Additional information: As the chapel is located inside today’s Palais de Justice be prepared to have your bags x-rayed (and don’t keep scissors there!). Admission fees start at 8 Euros, but if you’re a European resident of 25 or younger you can get in for free.