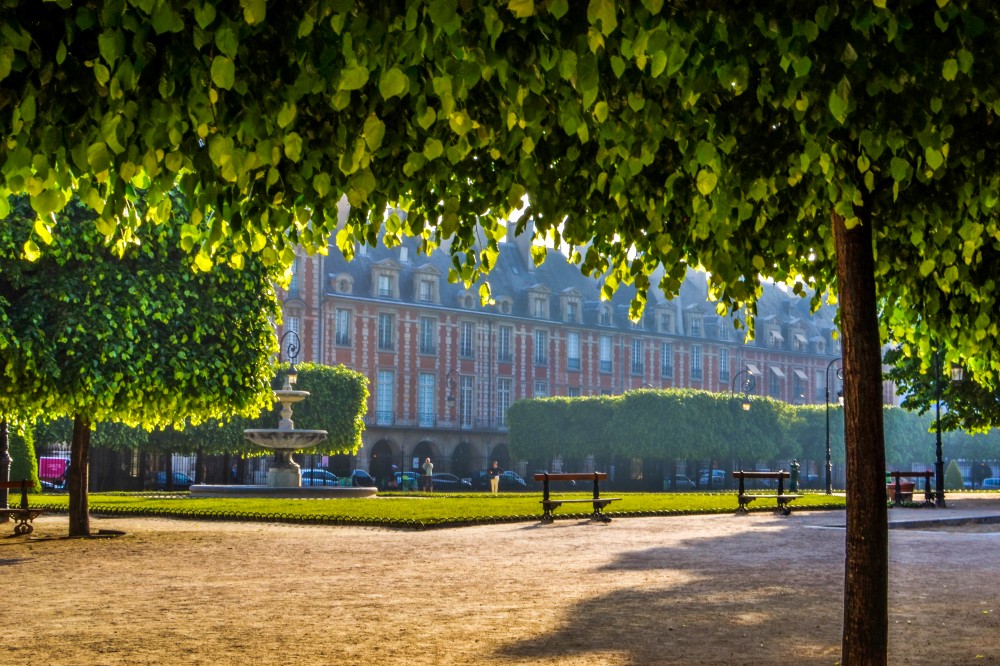 Usually I never sleep in when I’m visiting a city for only a few days, because I just don’t want to waste any of my precious time sleeping. But still, I rarely leave my hostel before 9 am (which I still consider somewhat early!). On my June visit to Paris however, I arrived in the City of Lights at 5.30 am in the morning. Obviously, I couldn’t check into my hostel this early so I had no other choice but to go out and explore Paris while it was slowly waking up on that beautiful warm June morning. Sideways were being cleaned and the water on the warm pavement smelled like a summer rain. This smell mingled with heavenly delicious fresh baguette scent emanating from the uncountable artisan bakeries I passed. Still sleepy waiters started putting up the café chairs outside for their very first costumers of the day and the occasional jogger ran past me. This was a Paris I had never seen before – so quiet, so relaxed, so beautiful. As I strolled through the streets inhaling Paris’ wonderful morning atmosphere, I made up my mind to go find a park that I’ve been dying to see for a long time: Place des Vosges. A couple of years back I had attend an art history lecture on the French art and architecture of the Early Modern Age and my professor had mentioned this park frequently. It is one of the few royal parks in Paris and also the oldest one as it was built in the very early years of the 17th century. Initiated by king Henri IV and originally been called Place Royale, the park is considered among the first constructions of royal city planning. Place des Vosges with its surrounding red brick houses and their arches became model for royal parks and squares all over Europe. I walked along the still sleepy streets of the Marais until I could finally spot the perfect square framed by wide arcades in the distance. And I instantly fell in love with this stunning park in the misty morning light. The rising sun created long shadows of the still empty benches and accurately cut trees that were just amazing to photograph. I sat down on one of those typical Parisian park benches, took a deep breath of the clean morning air and vowed to myself that I will do this more often. Exploring a city like Paris very, very early on what was going to be a hot summer’s day ranks very high among my most magical travel experiences. Have you ever explored a city this early in the morning?

As this post goes live, I’ll be en route to Belgium for my birthday! For real-time updates of beer and birthday chocolates, French fries and Flemish art, be sure to follow @JulikaSarah on twitter and instagram!