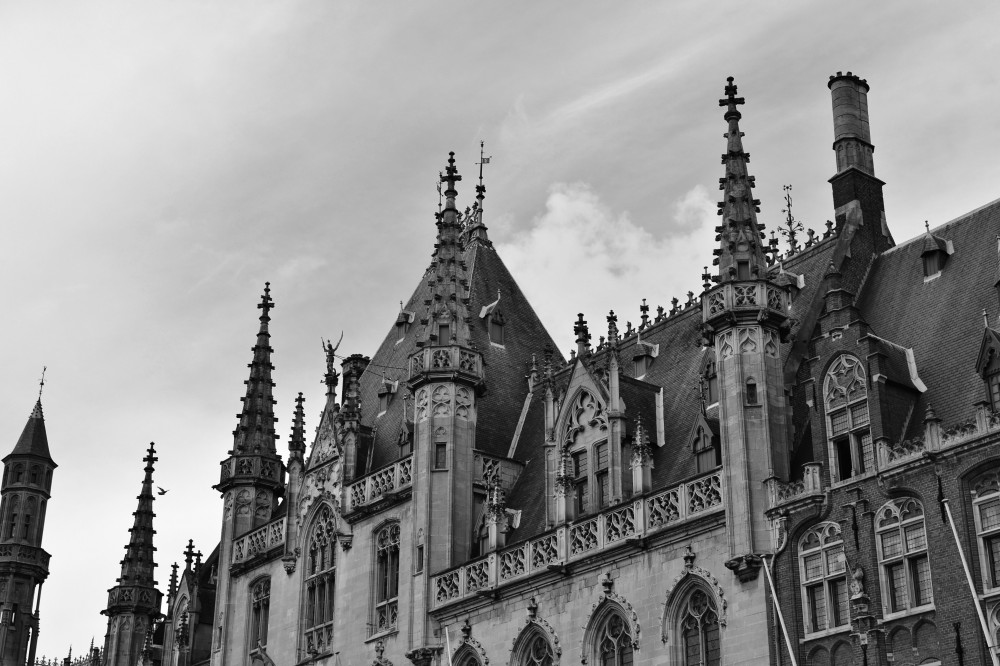 If I look back on the cities I traveled to this year, I’m surprised how I managed to stick to my (unintended) theme of gorgeous cities with canals and a medieval center — Nuremberg, Strasbourg, Colmar, and even Paris are all places with an exciting medieval history and I adored visiting all of them. Although I probably described their outer features very much alike, for me, they was totally different: Nuremberg’s medieval history was overshadowed by anti-Semitism, Strasbourg and Colmar have always had a special geographical position due to their location right in-between France and Germany. I don’t know when I originally had the idea to add yet another medieval canal city to this list, but visiting Bruges for my birthday fit right in: It has canals and churches, and most of all, it’s medieval to the core. When Steffen and I unfolded the Bruges city map that we were provided with in our hostel, we skimmed through the tips and recommendations when the phrase “how to annoy a local in Bruges” caught our eyes. Apparently, what locals really don’t like to hear is “So, when does Bruges close?”. At first, I didn’t get it. Why would Bruges “close”? But when we started strolling through the cobblestone streets with all the cute houses with gables and white roses in their front yards, I understood: Bruges feels like a theme park. A real medieval theme park. To ask when it closes almost seems like a fair question. The interesting fact in Bruges’ history is that it was a massively flourishing city in the late Middle Ages, but was economically left behind in the centuries afterwards. This resulted in the city center keeping its original late medieval features — the economical cessation preserved old medieval Bruges and it the reason this little Belgian city became this famous throughout the last decades. Visiting a medieval theme park would have been great enough for me, but a real medieval city that is so picture-perfect that one could think it’s a theme park? A dream come true!

Have you ever felt like visiting a real theme park?