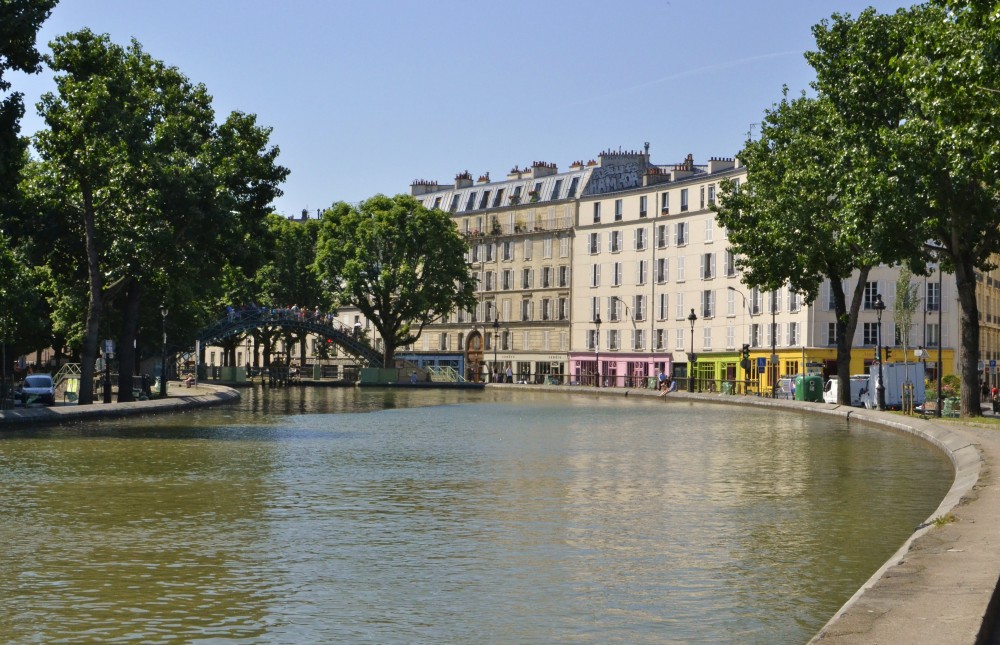 We’ve all seen ‘those’ Paris photos: The unmistakable landmarks, the fancy cafés and the wide boulevards. And although I truly adore all these features of the stunning French capital, I’ve always longed to see another Paris — to look beyond the picture-perfect façades of ornamental balconies and beyond what first-time visitors see of Paris.

For my visit to Paris last month, I booked a hostel located near Place de la République which turned out to be the perfect location to explore an entirely different kind of Paris: Canal Saint-Martin. To be honest, until recently, I didn’t even know that Paris had canals. I always thought the River Seine is the watery heart of the city along which all cultural, architectural, historical and social life takes place. I was wrong: The old navigation canal in the east of Paris turned out to be totally worth seeing too — and it is right there, where an authentic glimpse of the real Parisian life can be found! I met up with my friend Ashley, who is a convinced lover of Canal Saint-Martin and has been dying to show me around her favorite spots in the area for quite a while. The canal was built in the 19th century (ordered by Napoleon himself!) to connect the Seine with other waterways in the region. As Ashley and I strolled along the canal and I understood why this area is so different from what we usually consider Parisian: The atmosphere is more laid-back, slower, and less fashionable. The houses are painted in several colors and the atmosphere is vivid, but relaxed at the same time. There is more street art; there are more interesting characters — and very little tourists! What I loved about the Canal Saint-Martin area that — although it doesn’t really look like typical Paris at first sight — it felt more like the real Paris: The were no shops selling postcards along the canal, but Parisian locals enjoying their lunch break in the sun. No brash salespeople like you would always find them in Montmartre, but helpful waitresses in a good mood. Every little thing about this area makes you realize that the neighborhoods along Canal Saint-Martin are quite off the beaten track compared to the rest of Paris’ central areas: You could even find little brasseries selling beer for less than four Euros — try finding that somewhere by the Seine! I really cherished seeing this different kind of Paris — a little more diversified, seeming a little less like a picturesque façade. I will definitely come back to have a true Parisian laid-back lunch break there someday! Have you visited Canal Saint-Martin? Did you hear about Paris’ canals before?