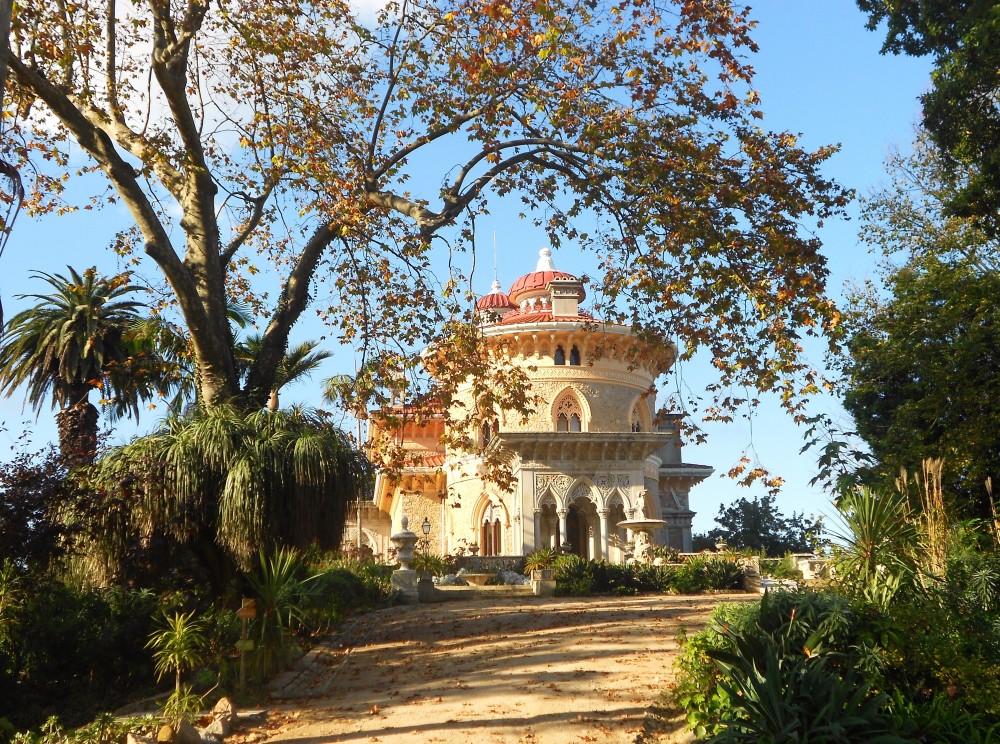 Summer has finally arrived in Germany and I cherish every little second of sunshine. The other day, I was waiting for my bus home when I suddenly longed for a cold, fresh pressed orange juice. I sat on a bench in the sun sipping my juice and realized how much I miss Portugal. A country where you can sit outside in the sun year round. A country where every little pastelaria sells freshly pressed orange juice for less than a Euro. How much I loved the Portuguese for their sweet tooth that they even serve the most delicious orange juice with two packages of sugar! I just love and miss every little detail about Portugal.

Summer heat and fresh pressed orange juice also reminded me that I should write about Portugal again. Not a day goes by on which I don’t think and talk about it — so why shouldn’t I write about it on the blog more often, right? However, I’m in a little bit of a writing dilemma — on the hand I want to scream and tell the world how Portugal is the best country in Europe; on the other hand I want to keep it to myself, because it’s my beloved Portugal, my little amazing hidden gem.

But since vacation season is upon us and Portugal’s economy can really use the tourists, I decided to be altruistic: Portugal is great! You all should go there ASAP! Seriously!

But to be a little more precise I’ll introduce you to my ten favorite places in Portugal to convince you how beautiful, how diversified, how exciting this country is.

Óbidos is a tiny city that isn’t really well known in international tourism — but the Portuguese weekend-getawayers love this little town with its narrow cobbled lanes, the medieval castle and the white and yellow houses. Most Portuguese visit Óbidos in the spring for the annual chocolate festival. Yes, you read that right: A month-long festival dedicated to chocolate. But even beyond this, Óbidos is an incredibly great place to visit: It’s so historic and so picturesque — and it’s famous for a cherry liquor called Ginhinja, which is traditionally served in a chocolate cup. Yes, you read that right too: Sweet tasty liquor in an edible chocolate cup! Don’t you wanna go to Óbidos right away?

Fátima has never been on the list of places I originally wanted to see in Portugal — nonetheless I’m glad I visited this special place. Because besides Rome and Santiago de Compostela in Spain, Fátima is the most important catholic pilgrimage site in Europe. About a century ago Mary (apparently) appeared there and when this incident was officially declared a miracle by the Catholic church, Fátima became famous. Portuguese pilgrims walk through half the country on their bare feet and sick people from all over the world crawl in-between Fátima’s two huge churches on their knees. Not being too familiar with Catholicism, seeing all these desperate believers can be slightly oppressive, but I found it important to experience this. It helped me to understand the Portuguese and their religious beliefs better. Moreover, Fátima is simply overwhelming when it comes to architecture: The church forecourt is larger than St Peter’s Square in Rome, and the new church offers space for up to 9,000 Christians. From the endless shops selling little Mary sculptures to the impressive sanctuary, Fátima is a place that shouldn’t be missed on an extended Portugal itinerary. Portugal’s second city has won me over several years ago and it has had a place in my heart ever since. Porto has a very special ruinous beauty, for which I fell entirely. The River Douro has been a part of the city’s history, economy and appearance for ever, turning Porto and the Douro valley into one if the most well-known wine regions in Europe. Porto is just the ideal place for a weekend getaway in Europe — it’s easy on the budget just and it is so Portuguese that it won’t take you very long to get culturally immersed. Located right across the river from Porto, Villa Nova de Gaia is often mistaken for another part of Porto. Rumor has it that the combined names of the intertwined cities of Porto and Gaia created Portugal’s name in the first place: Portugal = Porto Gaia. What Gaia is most famous for are the port wine cellars down by the river, which definitely cannot be missed when visiting the Douro region. All port wine cellars offer free tours with a tasting of two different kinds of port in the end of the tour —  visiting a few wine cellars in Gaia is something that should not be missed out on! Cascais is a little beach city a bit outside of Lisbon. For me, Cascais was this beautiful recreational place, where time was passing slowly somehow. I loved the beaches surrounded by cliffs and watching the reflections of yachts in the marina. Cascais is a wonderful place to relax, to stroll, to rent a bike to cycle to even more beautiful beaches, and to be awe-struck if you visit famous boca do inferno at sunset. Évora is a beautiful little town, which is an art historian’s dream come true: From ancient Roman temple ruins to medieval city walls and churches, Évora is overflowing with history and great architecture. If you’re interested in more quirky historic sights: There’s also a quite scary chapel that has walls made out of human skulls. And although Évora feels like a small town, it is home to one of the bigger universities in Portugal and thus has a great student vibe. Ergo: Évora is perfect for a weekend getaway if you love history, small but vibrant cities, and the fantastic wine of the Alentejo region. Much has been said and written about the beach cities along the Algarve, but Tavira is different. Although I haven’t been to famous Faro, I briefly visited the tourist hub Albufeira and was totally underwhelmed: It wasn’t real the Portugal that was presented to the tourists here. However, if you want a more moderate touristy, but a lot more Portuguese Algarve experience, I recommend the quaint former fishing village of Tavira. The city is itself is adorable and the beaches around Tavira are breathtakingly perfect. In a general opinion, Portugal is just beaches and pretty cities. And that is true of course, but Portugal is a lot more than that! Serra de Estrala is a mountain rage in the east, where the county looks entirely different: Huge dark stones, a strong icey wind — and Portugal’s only ski lift! Yes, skiing in Portugal is actually possible! And as the highest place in Portugal, Torre is the only place it ever really snows, and the Portuguese love going there to see the first snow: On the first real snow day there usually is major traffic volume, because everybody is driving up the steep roads to the highest peak to experience a little white powdery stuff. As a German, I wasn’t too thrilled to see snow (and I didn’t), but I adored seeing this other rough side of Portugal. Sintra is the equivalent to a fairy tale. This little city, located a bit further outside of Lisbon, has so many castles that it is almost unreal: Every castle is built in another style — from a Moorish defense castle, to the classically Portuguese national palace, to the surreally colorful Palácio da Pena, which looks like straight out of a Disney movie. No matter if you are just a little girl wanting to dream about your future career as princess, or an architecture student, or a history buff: You can’t miss Sintra! My favorite palace was Palácio de Monserrate which was built as a 19th century version of an Arabian night’s dream. And I totally pretended to be an Arabian princess there. There are places with a reputation that make you curious whether the rumors are true or if it’s just another hype — and Lagos on the Algarve coast has this kind of reputation. And let me reassure you: All the rumors are true, Lagos is out of this world! The beaches are so stunning that I couldn’t help squeaking all the time. The nights out are like a blur of insanity with all the clubs and bars and rooftop beers with surfing instructors. If you want the best vacation of your life: Go to Lagos! But remember: What happens in Lagos, stays in Lagos. Oh, Lisbon. I love this city so much it hurts. It’s my favorite city in Europe and I’m convinced it’s the best capital you’ll find on the continent. Lisbon has everything: Beauty, history, fantastic coffee, a crazy party scene, design hostels and beaches close by. I could serenade this city forever, but I will just say: Everybody who came to Lisbon ended up loving it. I’m convinced you’ll love it too. These are my ten places you can’t miss in Portugal. I know there are a lot more amazing places I could have visited during my semester abroad — I have heard great things about Sagres, Guimarães, Braga and Coimbra for example. But those ten places above were what I loved most about Portugal. Some were expected, some were a surprise. But all of these places combined enlivened my love for Portugal.

Additional information: Portugal is best traveled by train or bus. Check CP Portugal for train tickets and more. A train ticket to Cascais or Sintra from Lisbon (each approximately a 50 minutes ride) will cost you around four Euros. When traveling longer distances: I had a great experience with EVA Bus, that connect cities all over Portugal — and my ticket from Lisbon to Lagos with EVA busses was only 15 Euros.

What are your favorite places in Portugal?