Why Utrecht is a Museum Lover’s Paradise 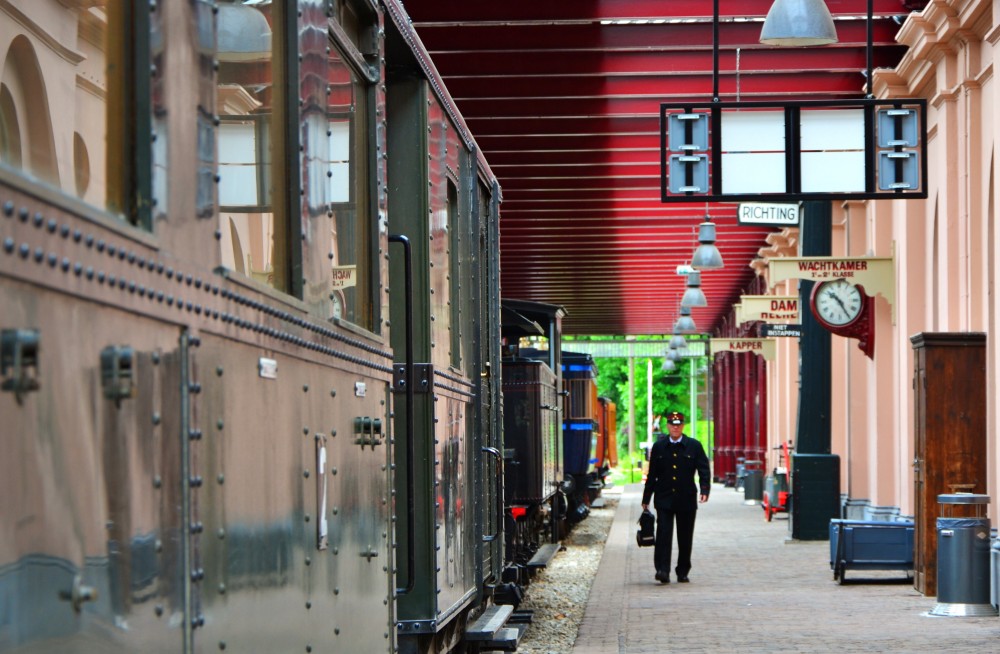 Why Utrecht is a Museum Lover’s Paradise

Museums are tricky. At least when it comes to travel writing. Many travel bloggers openly admit that they “don’t do museums”. Some even say that they don’t like museums in general. And from a travel writing perspective, I understand.

Museums are not adventure sports. A visit to a museum won’t include how I overcame my fear of heights while bungee jumping in the dessert. Or how I almost drowned while wild water rafting in a river full of piranhas. To be honest, writing about museums is almost doomed to be boring. And then sometimes you aren’t even allowed to take photos inside a museum to at least have images to accompany the boring words. It’s just really tricky.

I know why people dislike museums. There are days on which can’t bring myself to go into a museum too. I don’t want my feet to hurt; I don’t want to spend 10 Euros not knowing if the money will be worth it or not. And another problem is that most school kids are dragged to horribly old-fashioned museums at a young age and hate their time there — an early childhood museum trauma. I had to visit museums on regional history, on submarines, on type writers. Super boring. Almost everybody has boring memories of childhood museum visits — so it’s no big surprise most grown-ups don’t turn out museum lovers. But museums have changed. They are no longer stuffy and boring — they have become interactive and fun. And my recent visit to Utrecht showed me just how much fun museums can actually be. During my time this lovely Dutch city I saw several different museums and exhibitions in the shortest time. To be honest, when I first saw the museum-heavy itinerary I wasn’t too excited. But in the end, Utrecht’s museums overwhelmed me.

Let me introduce my four favorite museums in Utrecht and why you should visit Utrecht if you love museums — and especially if you are usually skeptical about museums.

“Musical clocks? Really? Yawn.” This was my first reaction and probably yours too. But the Speelklock museum was my first positive surprise in Utrecht’s museum world. First, the museums is located in a former church, which could originally even be entered with a horse carriage — and a church is already always an appealing location for me. Then, they have several giant organs from the early 20th century in a mirror ball room. I loved the ornamental art deco designs of the Roaring Twenties — and listening to the huge automatic organs transported you right back to salons of the Golden Twenties. But not everything is retro — these fancy old organs were also programmed to play Gangnam Style for younger audiences. Old clockwork technology meets 21st century music — this is the way learning is fun! What I loved: Beautiful vintage style musical clocks, art deco instruments and learning that an automatically organ can also have several violins or a saxophone in it. Musical clock organ with a saxophone Verdict: Absolutely worth a visit when you’re interested in music, technology, and the art of the early 20th century.

Apparently, cartoon character Miffy is very famous. And its creator Dick Bruna used to be one of Utrecht’s most well-known inhabitants. I however, had no idea what Miffy is. But it looked somewhat familiar — and after I heard about how Miffy was one of the most successful export goods of Utrecht ever since the 1950ies I kept seeing her everywhere: Miffy cookies at my hotel reception and a Miffy silhouette in traffic lights. Although the museum with the name of the artist is quite small, it was a great experience to visit an institution solely dedicated to one single cartoon character. And I learned that this little museum is Utrecht’s biggest success in international tourism — because the Japanese love Miffy! (Maybe you have already seen Miffy’s similarity with a certain Japanese kitty character.) Most descriptions in this museum are in Dutch, English and Japanese, which already indicates how popular this museum is with the Asian tourists. What I loved: The Dick Bruna Huis is a very interactive museum — you can dress up as a ghost or play in Miffy’s house (if you’re short enough at least) and everything can be touched. I was obviously shaking when Carl dressed up as a ghost

Verdict: If you love cartoon or comic art this museum is perfect for you! And it’s a great place to visit with kids — I would have loved dressing up as a ghost and crayoning little Miffys.

Holland has long and complex history with religion. It’s too complicated to summarize the impact of Calvinism and the destruction of Catholic religious art in a few sentences, but the Netherlands today are a secular country: Many of the few churches this country still has, were turned into cafés and clothing stores. But Utrecht is different — this city was and is the Dutch religious center. Utrecht’s cathedral tower is Holland’s highest church tower and Utrecht has the only Dutch museum entirely on religious art: The Catharijneconvent. The pigments you need to make colors For many of the reasons above I knew that Utrecht was a place that I couldn’t miss as a medieval art historian — and the same goes for the Catharijneconvent museum. Located in a former convent, it already offers the perfect atmosphere for scared old art. I know, that this kind of museum is not necessarily one that sounds attractive to most people, but I loved how modern the ancient artifacts were displayed — they for example showed what kind of ingredients you need to create the colors for a medieval panel painting. What I loved: Obviously, this museum is my kind of thing. During my art history studies I barely learned anything about Dutch religious art, so I really enjoyed comparing these Christian depictions to the French and German ones, which I’m more specialized in.

Verdict: This museum is probably not for everybody, but for someone with the vaguest interest in art it really is a great modern museum to understand religious and medieval art a little better. However: Descriptions are only in Dutch — with the background of a semester of Dutch and a profound knowledge of Christian iconography, I had no trouble understanding what was presented, but I imagine that being a little tough for visitors new to the subject.

Honestly, this was the museum I was the least excited about in the beginning. I’ve been to endless museums about technology, transportation and vintage cars and I thought I’d seen it all. How wrong I was. The Spoorwagen museum is located in Utrecht’s old and beautifully renovated train station, which immediately felt like a historic movie set: Vintage suitcases, porters in old uniforms, old-fashioned signs and steam-engine trains — every detail was perfect to get a feel for what I station must have looked like 100 years ago. I admired pretty old trains, the fancy royal waiting room and the old (but still used!) barber shop. I loved the beautiful renovations and the retro-feeling — and thought that was all the museum had to offer. But I was wrong again. In fact, the pretty station entrance area was only the beginning. After crossing the train tracks I entered a real history wonderland: I time-traveled into a mining city during the time the steam engine was invented with the help of an enchanted elevator. I became the co-conductor on a spectacular train ride through the dessert and the mountains. I took a rollercoaster ride bypassing the history the Dutch railway history. And no, I was not speaking in metaphors — I actually time-traveled to that mining town and set foot into the steam engine inventor’s office. History of technology never felt so real and has never been so much fun! Time-traveling to an old industrial city What I loved: Everything! Historic details were created with so much love and creativity, that you really feel like traveling through the ages. Rollercoasters and 3D train simulators were so much fun that I was hysterically laughing all the time! Ever wondered what it must have felt like to board the Orient Express?

Verdict: One of the best museums I ever visited! History can really be experienced here and no matter how young or old you are, you will have a blast here!

Utrecht showed me what is possible when it comes to museums — art and history don’t have to be dull and presented in a one-sided communication. Learning can be interactive and fun and opinions on museums in general should be revised every once in a while, because there are so many new innovative museums out there — and Utrecht is a great place to start, because it has a museum for everybody.

What kind of museums do you like to visit?

Note: I was a guest of the Utrecht Tourism Board. However, all opinions, photos and art historical nerdiness are my own.