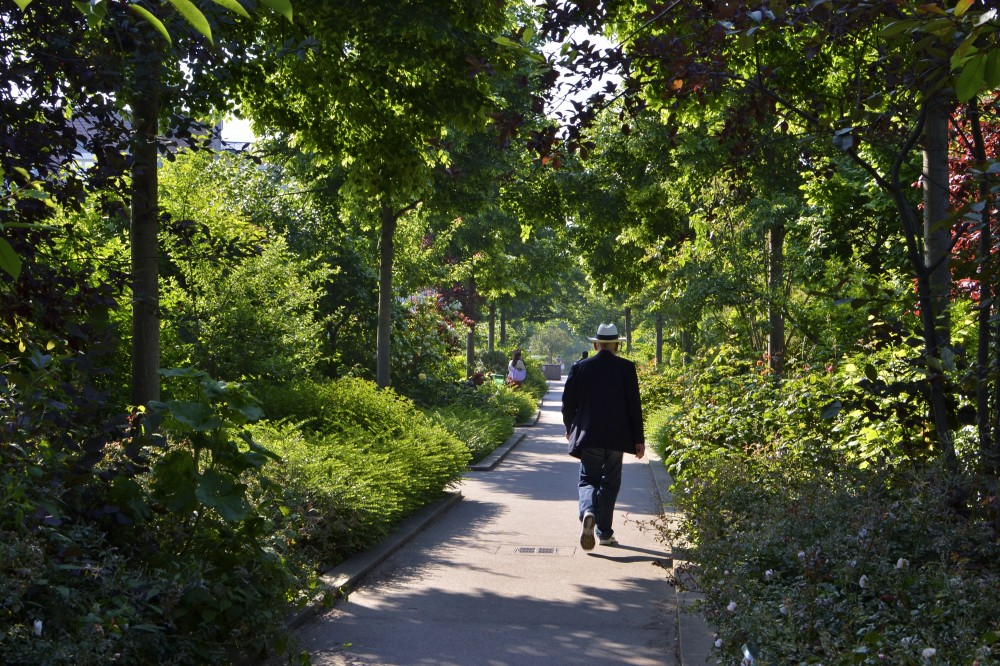 In a city like Paris you can never see it all. And Paris and I sort of have the tradition that every time I get back from a trip, I hear about a really cool thing to see or place to have coffee at within a week of my return, which I have just missed. When I got back from my visit to Paris in November — on which I in fact managed to see a lot of the lesser known attractions like the Jardin des Plantes and Cimetière de Montmartre — I learned about one place I definitely had to see as soon as I get the chance to go back to Paris: The Promenade Plantée. Right when I first heard about this amazing park project in Paris, I loved the idea behind it. I lived in so many German cities over the past years which all had a similar history: Bombed during World War II where more than 80% of the city were destroyed and then, to quickly gain the lost living space back, these cities were quickly rebuilt — car friendly, with huge apartment complexes. Ergo: Nothing but concrete. I can understand longing for something green, for something alive, for something natural in a city so very well, because this is how I felt most of the time while living in my student towns. And that’s why I especially cherish the effort of turning something industrial and urban into a public recreational spot. Now, Paris doesn’t really have a lack of parks (at least not in the city center), but on the other hand — a mega city like Paris can never have enough parks. And the Promenade Plantée is not just another one of those wide and flawless 17th century royal parks, but it is an urban project of making a former train track useful for people who want to leave the city life behind for a few blissful moments of vivid green. The Promenade Plantée runs above the Parisian boulevards for five kilometers and it thus is the perfect place for a morning run or an afternoon stroll. I went there around 9 am in the morning and found it to be the perfect time to soak in some early morning sun (and good photography light!). Good looking man jogged past me and a dad with his two young girls in matching jogging suits. Gardeners arrived to water the endless amount of beautiful roses and a retired couple slowly strolled by. This felt like the Paris I was looking for. I could tell that the Parisians love their “green belt” — it may not be as pretty as Jardin de Luxembourg, it may not be as famous as Jardin des Tuileries, but from all the parks and gardens I visited during my three visits to Paris, Promenade Plantée definitely felt like the most Paris one. What do you think about urban projects like the Promenade Plantée?

Practical information: If you want to visit the Promenade Plantée head to Bastille. The start point of the walkway is down the street behind the huge modern opera building (Opéra Bastille). Obviously, there is no admission fee for this park, but it is only open during daytime.