Photo Essay: The Colors of Colmar 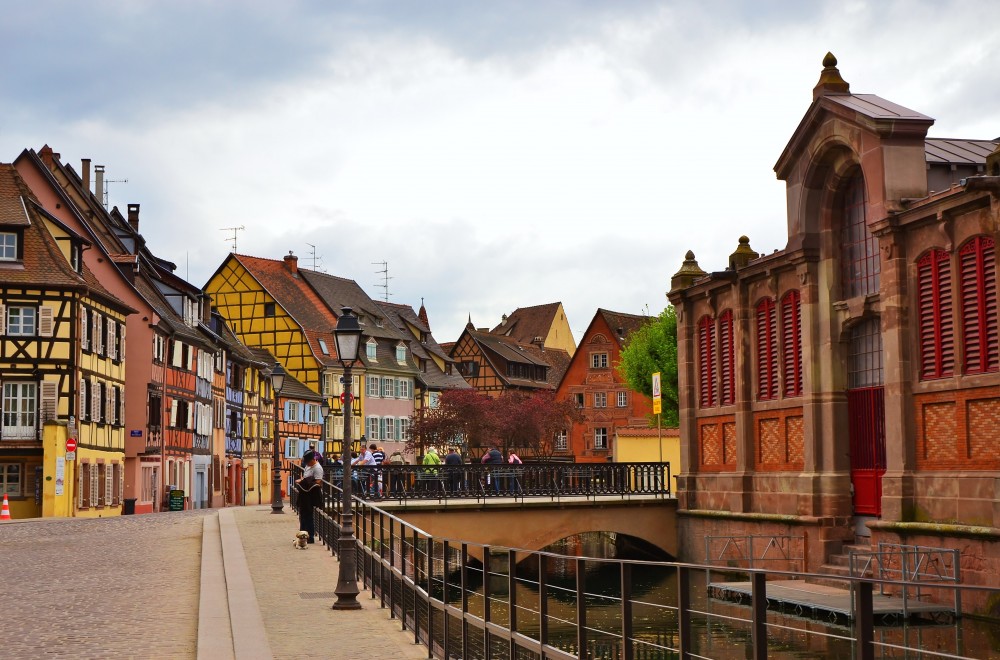 Photo Essay: The Colors of Colmar

When spending a few days in the Alsace one might quickly get the feeling that it looks pretty much the same in every town — cobblestone streets, half-timbered houses, cute little bakeries with kouglof (or in German Gugelhupf) in their window displays. And all this is definitely true for the little town of Colmar, but it still puts something on top of all this Alsatian cuteness: Colors! Or better: The most intense colors you could think of! Although Colmar is a city with not so much going on (except if you’re into medieval art — Musée Unterlinden is a must!), it’s quite well-visited: Even on a damp April day the streets and cafés were filled with locals and visitors on day-trips appreciating Colmar’s beauty. Throughout the last year Colmar has even created a huge hype in the international English-speaking world of pinterest, where that one photo with the half-timbered houses and a boat on a canal full of flowers has been pinned uncountable times. And I must admit, reality did come pretty close to this photo — a justified hype! Honestly, I could basically repeat everything I said about the beautiful city of Strasbourg and just add “colorful” in front of every noun. Indeed, Colmar is so exceptionally colorful that it sometimes feels like a  intense medieval version of Disneyland. Whereas the classical half-timbered house is black-and-white, in Colmar they are painted in every color of the rainbow. The shutters of the old-fashioned windows have yet another color. And all this is surrounded by all kinds of flowers. Really, there is no way to escape the colors of Colmar — even if it’s an overcast day like it happened to be when I was visiting… Flowers, colorful houses and restaurants on floating terraces — the essence of Colmar! A red half-timbered house with all its chaotic details Colors in every single angle! Flowers and half-timbered houses — can it get any prettier? Which photo of the colorful little town of Colmar do you like best?
What’s the most colorful place you’ve been to?