Photo Essay: The Canals of Amsterdam 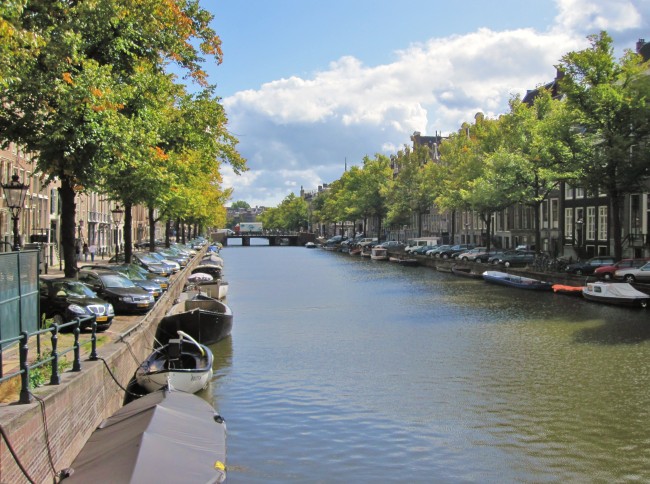 Photo Essay: The Canals of Amsterdam

I have already revealed that I will be spending several days in the Netherlands this year — I’m so excited to be back in the land of Gouda, tulips and Rembrandt soon! Going through some of my old photos reminded me how incredibly adorable this country is… and made me look forward to exploring Holland in May even more! Water is everywhere in Amsterdam!

Amsterdam and the Netherlands in general are defined by the water. Its history, industry, and architecture are closely intertwined with the presence of water and it’s pretty much impossible to not be aware of this all the time when traveling through the Netherlands. The canals, bridges and harbors create the country’s distinctive image — no matter where in Holland you end up at. The picturesque combination of bridges and bikes everywhere gives even Amsterdam this adorable small-town-feeling, although it is a capital with almost 800,000 inhabitants. Bikes on bridges — it doesn’t get more Dutch than this!

The canals of Amsterdam, called Grachten in Dutch, definitely turn the capital of the Netherlands into one of the most charming ones in Europe. The Grachten seen from a boat

How did you perceive Amsterdam and the Netherlands? Do you think that the canals are one of the most beautiful aspects of it too?