The Art Historian’s Guide to Not Being A Perfect Traveler 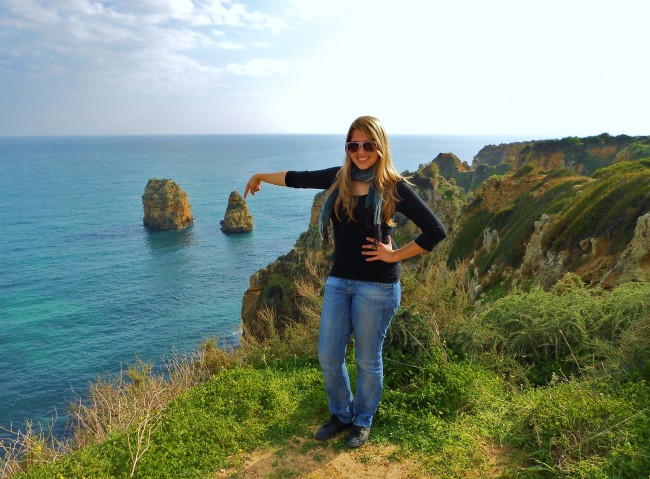 The Art Historian’s Guide to Not Being A Perfect Traveler

If you’ve been reading my blog for a little while, you know that I easily get carried away with describing architecture, or with my enthusiasm for medieval manuscripts. I think of myself as an art historian with a desire to travel as a way to explore culture and history around the world. I claim to be a bookworm and museum-junkie. And if you had gone to school with me, you probably would have hated me for being way too competitive about grades. (During my undergrad I once even had a nervous breakdown and cried for half an hour in my professor’s office, because he gave me a C on a paper. Yes, I’m totally THAT person.)

To be honest, I’m a smart-ass and a know-it-all. And I really like people to consider me being well-educated, well-read and culturally interested.

But the truth is — I’m not. At least not all the time. Sometimes I’m just a girl who doesn’t care about all these things.

If I have to choose between a culturally relevant TV report and a stupid model casting show, I totally go for the latter. When I’m riding the train I prefer bringing trivial literature: Although I have a literary studies degree, I won’t touch that Jane Austen, or Thomas Hardy on a train ride. I tried. I can’t help it, I prefer reading the latest issue of Glamour, because sometimes purses and soft cuticles are simply all I want to read about. If you have to study “old / important / academic” literature on a daily basis, you eventually just need a break from it all. And yes, I’m also an anonymous Chicklit lover.

Don’t get me wrong, most of my favorite books were written in the 18th and 19th century or at least take place in the Middle Ages. James Joyce has given me one of my most revolutionary epiphanies. But sometimes only reading things that makes you think, is exhausting.

As an almost art historian I naturally love museums. I adore the feeling of butterflies in my stomach when I walk towards a painting that I’ve been waiting to see my whole life. Sometimes I would start crying in Gothic church, because I can’t handle all this overwhelming architectural beauty. But there are also times I prefer to not be confronted with art or history. Visiting a museum is draining — usually the air is bad, there are no glimpses of daylight, and your feet start hurting within seconds.

So, would you call me “bad art historian” just because I’m sometimes not in the mood to spend a sunny afternoon at the museum? Would you say “Do you really watch this trashy TV show, although you’re a student of humanities and should know more culturally relevant kinds of entertainment”? Who says art historians are not allowed to take pictures with a nice “view”?

I’ve learnt that this dilemma also applies to traveling. When I visited Paris for the first time, I wanted to see as much as possible in those three days. I ended up spending way more time in the metro than actually experiencing the city. It took me a while to realize that you can’t see everything — especially not in three days. I should have skipped a few must-sees. I should have spent more time actually seeing the little things that really define the city. Because what you can do while traveling, is embracing the local life: Sit in the sun, have coffee, watch people.

Sometimes other travelers can get quite judgmental: “What? You were in Paris and didn’t go the Louvre?!” You’d almost feel obliged to see something, because it’s a MUST-SEE, although you’re not even interested in it. But if you want to skip the Louvre, just do it. You don’t have to justify yourself. Buy a bottle of wine and sit in the sun on the Seine, or stay in your comfy hotel bed and watch old episodes of Seventh Heaven in French. In spite of what some people might think — there is NO right way to travel.

I went to London last year and did not visit one of the famous art galleries. Me. Of all people. I did feel a little bad about it at first. But how stupid would it be to spend four perfect days full of rare English April sunshine inside when I could sit outside eating scones?

And speaking of scones — the judging of other people’s travel style happens especially often when it comes to food. Of course, exploring the local cuisine is fun and a major part of getting to know a foreign country. I love indulging in local flavors, because food, language, and culture are always closely intertwined. And among most travelers an unspoken rule exists saying “Don’t you dare eating at one of those horrible globalized fast food chains!” Well, I do that from time to time. A McDonald’s vanilla milkshake and the Charles Bridge in Prague?
A heavenly combination!

Seriously, do you think French students eat at fancy-schmancy haute cuisine restaurants all the time? Nope. They go to McDonald’s like everyone else. And I actually like to eat at McDonald’s on the road every once in a while, because despite its reputation it’s different in every country. In Germany, they serve traditional German rolls for breakfast, in Portugal they offer the renowned traditional soup caldo verde. And in Paris I had a goat cheese wrap for dinner — and chèvre is indeed très française, non?

So what I’m saying is — there is no correct way to be an art historian as there is to be a perfect culturally interested traveler. After all, we’re just human. Sometimes we just don’t feel like reading that book “you really should have read”. Sometimes we just don’t feel like going into the museum “you simply can’t miss when you’re in town”. Sometimes we have a day that only Burger King French fries can turn around. And that’s completely okay. Don’t pressure yourself with seeing every must-see, with doing every must-do.

This might have been my last post until mid April, until the horrifying day my Master’s Thesis is due. However, in the first week of April I will take part in an art historical field trip to the beautiful medieval city of Nuremberg in Bavaria — so be sure to follow @JulikaSarah on instagram and twitter for real time updates of half-timbered houses, Gothic churches, and other Bavarian treats.