Photo Essay: The Ruins of Rome 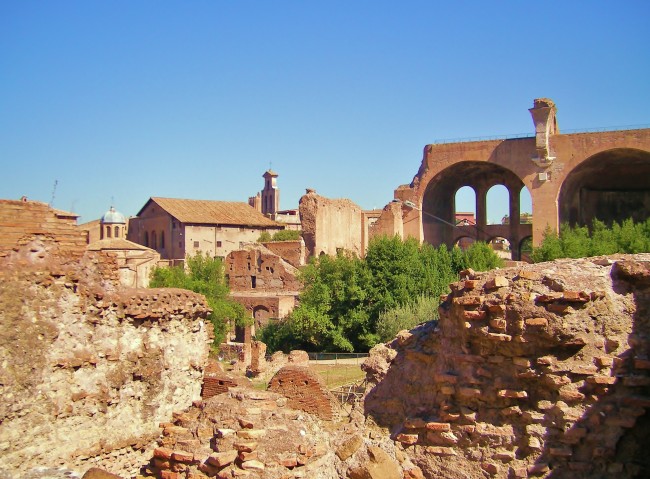 Photo Essay: The Ruins of Rome

You might call it procrastinating (and it probably is), but I’ve been going through photos and reminiscing quite lot lately, and found some gems from former trips around Europe… And since I’m unfortunately tied to my desk for two more months, I wanted to share a little of my Rome-back-in-2006-reminiscence with you.

Rome, of course, was art historical heaven to me. A city with more than 400 churches (and this girl loves churches!) that is also home to the most fascinating buildings, sculptures, murals, fountains, paintings… everything. The ruins of the Crico Massimo

What I liked best however was how Rome combined the ancient and the modern so smoothly. All those old ruins are so well integrated into the cityscape that you would sometimes accidently stumble upon something ancient without having assumed it there. In Rome, the old and the new go hand in hand.

All these ruins are world-famous and my pictures are pretty much the standard Rome photos – but when you think about how these ancient buildings coin the city’s image now and have been doing that for more than 2000 years, this attention is highly deserved. And what could be more picturesque than ancient Roman ruins in the beautiful Italian light? Take me back right now please!

I’m sorry for reminiscing quite a lot these days, but as you probably know, I’m in the middle of finally finishing up that Master’s degree and WAY behind schedule with my thesis writing. I will hopefully be done by the beginning of April though, and I’m working on post-graduation travel plans already: I’ve decided that I will visit and revisit several of Europe’s most exciting capitals (on a super-low budget) while saving up for a bigger trip towards the end of 2013… so, stay tuned!