The Dilemma of (Fake) Fantasy Travel 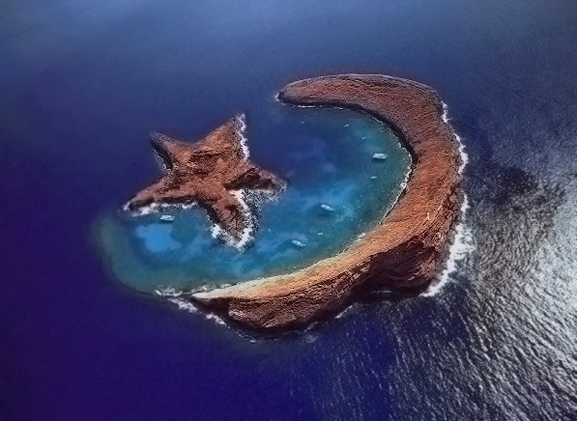 The Dilemma of (Fake) Fantasy Travel

I few weeks ago, I finally gave in to the social media circus and signed up for Pinterest. One of the very first things I did, naturally, was checking out the travel category. Besides the 4569 photos of different angles of the Eiffel Tower, I found places I’ve been to, places I’d like to go to, places I miss… I do love me some proper wanderlusting!

Then, however, I stumbled over this gem: At first glimpse, I just thought “Oh my gosh! Where is this?? Need to go there ASAP!!“, but then I read the picture’s caption – Dublin, Ireland. I was confused. Though I have never been to Dublin, I have seen pictures. I took classes on Irish literature and culture during my undergrad. How come I never ever heard of this place?

Then, logic struck: How would you even build a house up there?! I started googling.

I hope you’re not laughing at me now, because it took me this long to figure it out. In my defense, I had been scrolling through travel pictures for hours. I was slightly deranged after those 4569 Eiffel Tower shots.

Anyways, that “Dublin” picture is photoshopped, obviously. A combination of Lichtenstein Castle in Germany and James Bond Island in Thailand. Congrats to the creator – you are fooling at least 5000 girls on Pinterest each day! Including me!

When I stumbled upon this next picture, I was immediately suspicious — after having lived there for five months, I consider myself knowing my way around Portugal, so I figured this one just couldn’t be real. As much as I would love a place like this to actually exist — aren’t the Pantheon in Rome and the beaches of the Algarvenot amazing enough all by themselves? Seriously, why is there even a need to combine them?

Don’t get me wrong, I’m all for fantasy travel destinations. I travel way more in my head than I actually do. I would be first to jump on the Hogwarts Express. When I moved to a room furnished with a gorgeous old wardrobe earlier this year, checking for my access to Narnia was one of the first things I did.

But does Venice really need an underwater train? Is the one of a kind architecture and the city’s fairy tale atmosphere not cool enough? Do you really need a made-up illusion to motivate you to adding such a great destination to your bucket list? I really don’t think so. I guess I’m just saying that the world is so amazing, so beautiful and has so much to offer – sometimes it even is too good to be true! Why don’t you just seize the beauty that really is out there?

So, dear photoshoppers, who enjoy outsmarting the wanderlust driven internet users, stop claiming these places are real! At least admit that you like fantasy traveling, but are too much of a chicken to be a Harry Potter fan in public!

Sources of all pictures can be found on Pinterest by the title you see when hovering your cursor over them, or on my board “Fantastic Destinations“.