Why Prague Doesn’t Suck in the Rain 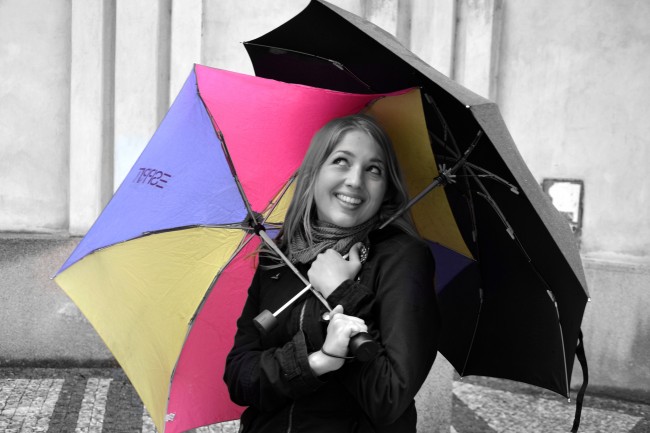 Why Prague Doesn’t Suck in the Rain

When Steffen and I arrived in Prague on an afternoon in September, summer was still omnipresent: People strolled along the streets, wearing shorts and flip flops, couples had rented candle lit pedal boats and floated along the Vltava river. It was a magical summer evening in an incredibly romantic city. But overnight — fall arrived. Temperatures dropped from 27 degrees Celsius to only 15 degrees on the next day. The clear blue sky of the day before was gone. Suddenly everything was just gray.

Of course, we were disappointed. The warm afternoon on our first day really got our hopes up. Nonetheless, we decided to experience Prague to the fullest. So we decided to go on the walking tour recommended by our hostel. And although we walked around in the rain for nearly four hours — with wet jackets and half-frozen feet — we had a great first impression of Prague.

Why? Because our wonderful guide changed our general opinion on rain during a vacation. How? She had lived in Prague for a few years and was deeply convinced that Prague in the rain is the prettiest Prague:

“I like Prague best when it rains… Prague is a very Gothic, very medieval city — and it just appears most authentic and feels most real in the rain“, she said.

And she was right.

With her statement in mind, I looked at a city of high pointed Gothic towers, hidden churches and glimmering watery cobblestones streets… and saw a true mystical medieval city! Maybe I was pretending to be a medieval princess at some point (sorry about being a total dork here), but Prague fascinated me in a way a city hadn’t done before — not despite, but because it was raining! Next to my changed attitude, my colorful umbrella brought a little light into the blurry gray of the gloomy drizzling rain — and actually made for some of the best pictures taken during that trip. I know, this is probably something your mom used to say, but there actually is no bad weather, just bad clothing. And, maybe, a bad attitude, I might add in this case. An umbrella and a positive approach is all it takes to have a good time: An open mind to perceive Prague like an authentic medieval theme park, where the gloominess just increases its overwhelming beauty, made my rainy day in Prague a perfect day in Prague.

Oh and what better way to gaze at the St. Vitus Cathedral in awe than at an almost deserted fore court with a medieval feeling at heart?