In Bavaria, All German Clichés Are True 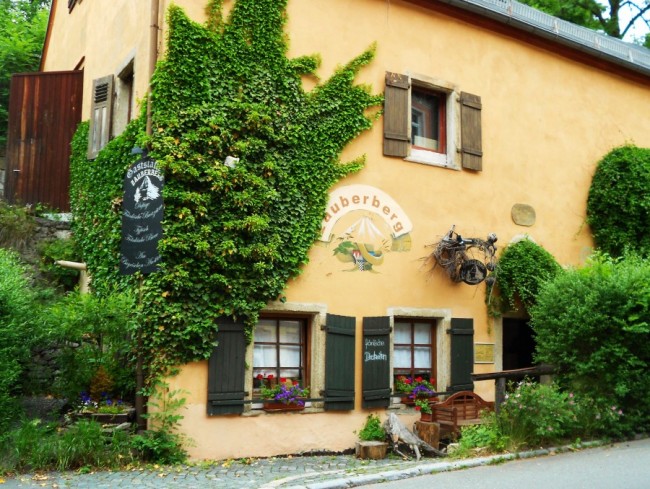 In Bavaria, All German Clichés Are True

Growing up in the middle parts of Germany, I tend to get a little annoyed with those standardized German clichés: Nobody I know owns Lederhosen. I have only eaten Sauerkraut once in my life. I don’t eat meat. I would always prefer a good wine over a beer. But a while back, Steffen moved to the little Bavarian city Hof close to the Czech border, and I had to vistit him there eventually. So, in June 2012 I took the train – no, actually several, very slow trains – down to Bavaria… to learn that in Bavaria, Germany is just like you thought it would be. I am not exactly sure what the people of the world think about German nature, but most would asume the Alps to be a part of it, would they? Anyways, when the Germans from other states think about Bavaria, they see a very strong concection to Alpine skiing slopes, mountains, lakes and trekking routs. And although Hof is as far away from the Alps as possible when staying inside the state of Bavaria, nature still seems to be way prettier here. The Untreusee, namely the ‘unfaithful lake’ (what ever that’s supposed to say), forms a wonderful natural surrounding and recreation spot for Hof. A sand court for beach volleyball, jogging trails, a climbing park and boats to rent gives locals and visitors the wohle scale of a Bavarian outdoor expericence — and I was amazed how very neat these offers were displayed. Seems like even in the more rural off-the-beaten-track areas, Bavaria can convince with extensive natural beauty!

As I said, I don’t eat meat and I despise sausages. Usually, I wouldn’t even know a place to buy a sausage, because I just don’t care about them. In Hof, however sausages were omnipresent.

In the main pedestrian street of Hof, which is full of little shops and cafés at first sight, you can spot strange men at second: Every other 20 meters, there would be a middle aged man wearing a white apron standing in front of a coppery-golden thingy — selling sausages! I had never seen anything like this before! I learned that these Wärschtlamo, sausage man as they are called in Hof’s Franconian dialect, are indeed very unique. These guys belong to a guilde that only exists in Hof, and they are very proud that. Seriously, a sausage men guilde! The common person of Hof would stroll across the city center, do their grocery shopping, or meet friends for coffee, and as soon as they felt the slightest bit of hunger, they would buy a sausage inside a roll to go? I guess it’s true — the Bavarians do love their sausage. Anytime, all year, in a few meters walking distance.

It’s All About Beer

Regarding beer: What Germany is to the world, Bavaria is to Germany. And I really have to admit — although I am not such a big fan of beer in general — in Bavaria it usually tastes ten times as good.

No matter how small a Bavarian city is, almost every one has at least one own local brewery. In Hof the local brew is called Scherdel. Naturally, most of the days I spent in Hof looked pretty much like this: Since I was rather lucky with mild June weather we drank our Scherdel at Hof’s many wonderful Biergärten. A Biergarten can be found on every corner in Hof, and as soon as the sun’s out they are filled with people — especially when there is a major soccer championship like EURO 2012 going on.

We watched the matches and drank our beers — among guys who wore Lederhosen on top of their soccer fan jerseys: In Bavaria this kind of a cliché Germany is just reality!