An Afternoon of True Englishness 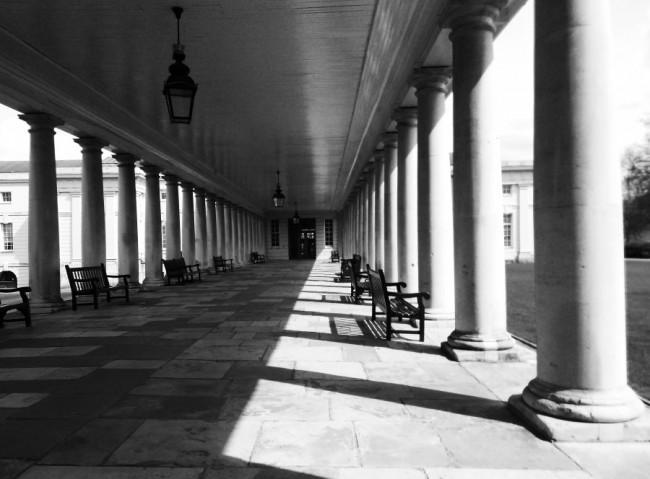 An Afternoon of True Englishness

During my April visit to London I also wanted to have a true English experience, since I had never been to the UK before (shame on me!).

Everyone keeps saying “London is not England”, so I was really desperate to have a look beyond the borders of the capital to find an authentic piece of Great Britain. Well, one may argue whether Greenwich can be considered a part of London, or not — but it definitely feels totally different from the crowed, busy city! Walking through the tiny streets that were covered in cherry tree petals in the tentative spring sun almost created a magic atmosphere. Of course, Greenwich also has its well-known and well-visited sights, like the famous Royal Observatory, where tourists wait in line to take pictures of their feet on the Meridian (I however, was too stingy to spend five Pounds on taking a picture of my feet on a artificial line — but at least I took a sneaky pic of lined-up people looking slightly ridiculous through the fence). The Queen’s House on the foot of the hill, on which probably some the world’s most important scientific measurements are taken, is also open to the public, and offers a tiny gilmpse into royal housing. But for me, the most impressive sight was the village of Greenwich itself. It was this overwhelming cuteness that emereged from every little part of the small town that I just instantly fell in love with it! And what could have been more suitable than having my very first fresh warm afternoon scone in this wunderfully British surrounding at the petite café Royal Teas, which was so arty that they did not even have two plates looking alike — perfection! Oh, I have to return to English England so very, very soon!