How The Netherlands Detered Us From Camping 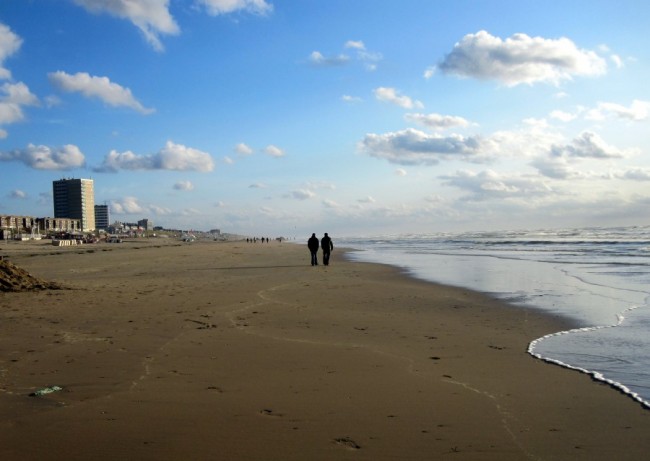 How The Netherlands Detered Us From Camping

I should have known better. Camping and I have never been the very best combination. However, I thought I had improved my camping skills throughout the past years, so I convinced Steffen to go camping with me in September 2009. Yet another story to file under camping gone wrong, although I had tried to plan so much ahead this time.

We had booked a gorgeous camp ground in health resort city of Zandvoort located in the middle of the dunes. And in my idea this was going to be a perfect vacation. Our tent was going to be super cozy, we would spent days at the beach enjoying the late summer sun, or take day trips into the close-by city of Amsterdam. Maybe we would even meet nice people, and have fun improvised dinners in front of our tents. And then, Steffen would finally admit that he never thought he could like camping this much. We packed our car really well. We brought food, a water boiler and everything else to increase our tent comfort. And when we finally entered the dunes in Zandvoort, I was overwhelmed by the beauty and trimness of our chosen camp ground. Enthusiastically, we went into to the main house, paid our whole fees and were excited to finally see our “home” for the next few days.

Our camp ground was just as pretty as I hoped it would be, but when slowly drove across the large camping site I subconsciously realized something awkward… There was no other tent to be seen. Just bungalows and trailers. Not one single tent.

When we got out of the car and started unpacking, we noticed it was slightly windy. Slightly meaning, even our camping chairs almost flew away. We tried to build up our tent, but it was simply impossible. It wouldn’t stick in the sandy ground, and we were unable to even hold it properly, because the wind was so strong. Of course, we were so frustrated with this situation that we started fussing at each other. I blamed Steffen for not practicing how to build up the tent before. He blamed me for wanting to go camping in the first place.

Our neighbors in the warm, cozy, wind-still trailers started gathering at their windows amused by the show we were offering. “Look at those stupid German kinds, trying to build a tent in the dunes in September! Hillarious, right?!” – I could almost hear them laugh.

After an hour of trying everything possible and nearly breaking up in front of our super curious but not-at-all-helpful audience, we gave up. We drove back to the main house asking if we could pay a little extra and rent a bungalow instead. Of course, no more bungalow was available. They couldn’t offer us any alternative to our stormy camp spot from hell.

I had a total meltdown. It was all my fault, since I wanted to go camping, because it’s so cheap and romantic.

Luckily, Steffen kept somewhat cool and drove us into the city center of Zandvoort, where we started checking out guest houses. Since it was off-season a few of them had spare rooms, which relieved me at least a little. We asked around, until we found a very neat little guest house with only four or five tiny rooms, but the lady running it was so nice and helpful that we decided to stay there. We did go back to our camping ground one more time asking if we could get our money back, since we weren’t staying there anymore. No chance. They wouldn’t even give us our visitor’s tax back, which we thus paid twice.

But we ended up have a really nice time at our lovely guest house. And when a hurricane hit Zandvoort two days later – one of those storms in which you almost get blown away walking, seriously! – I would have paid anything for not sleeping in a tent that night!