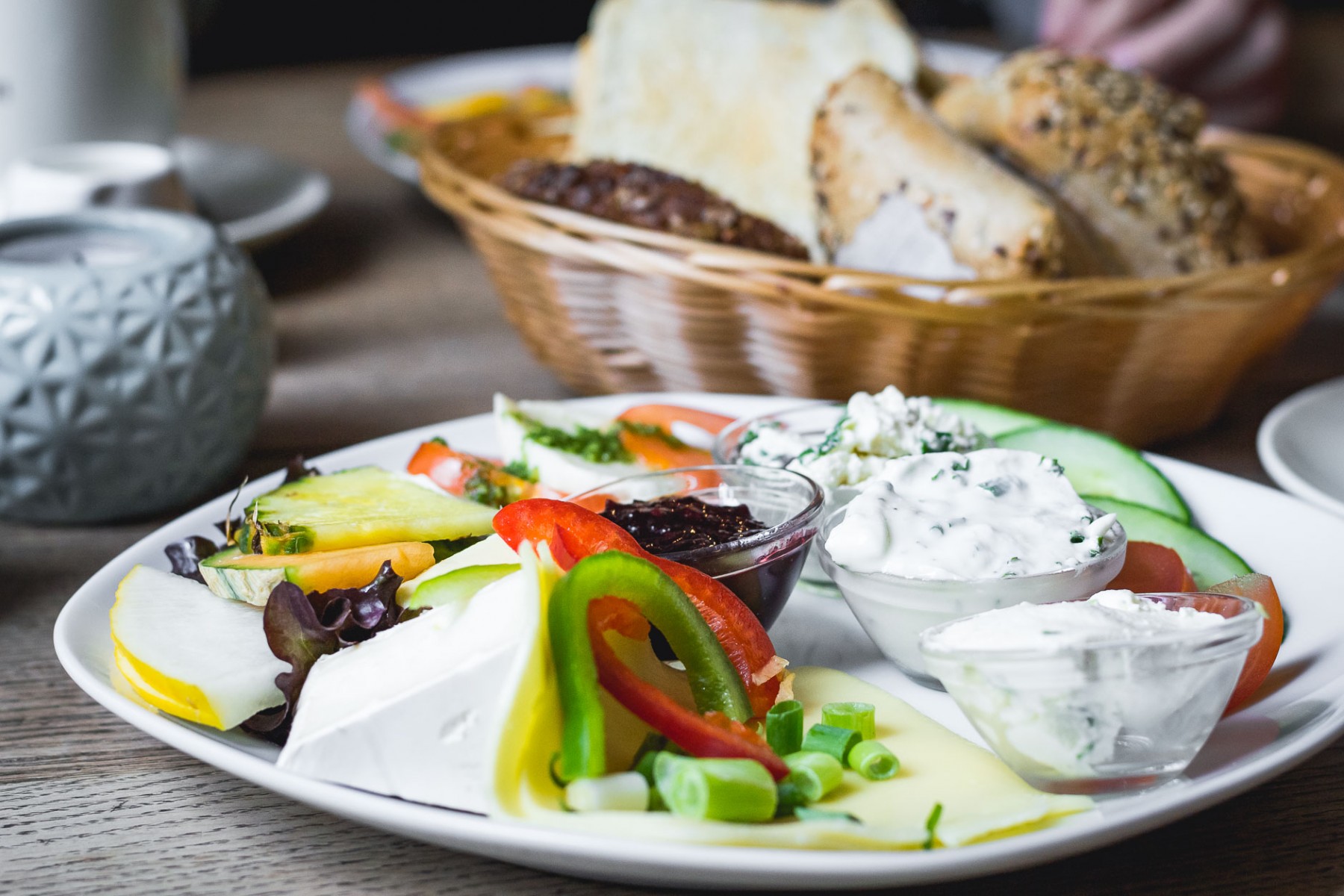 I had planned for August to be a slow month. With a lot of time for reading and writing and concentrating. August in a German university town like Göttingen means the city is pretty empty and the supermarkets actually still have frozen pizza on stock, which would never happen during the semester. Life feels a little more relaxed and quiet in August.

In some ways August really was a slow month — except that I barely spent a weekend at home. Ever since my last visit to Paris back in June 2013, I’ve been wanting to return. Paris is a city I just can’t get enough of. I landed in Charles de Gaulle airport back in March on the way home from Florence and saw the Eiffel Tower for a brief second — and was reminded I had to back go back to Paris very soon. So when my friend Kathi rather spontaneously moved there for a summer internship and ended up living in a huge apartment with a spare bedroom (!) I was almost sold. And then I received a bus company’s newsletter informing me that they started offering night buses to Paris for 25 Euros only — and I just couldn’t let this opportunity slip any longer! Although I wanted to save a little money and get a little rest, these conditions were just way too good to not go to Paris for the weekend. So I was off to the City of Light! It was my first time visiting Paris in August and I was really excited to see what it was like during France’s official vacation season. As Kathi and I deliberartly avoided tourist hotspots and spent our time hunting down coffee shops and strolling, Paris felt surprisingly tourist-free to me. I feel a little bad that I didn’t see a single museum or church from the inside on this trip, but honestly, just being in Paris was already enough for me this time. In other news though, I may have reached the point where a trip to Paris and back on public transportation wears me out like nothing else. This is what my trip back home looked like: 30 minutes on the metro, 10+ hours on the bus, 1 hour layover in Frankfurt, 3 hours on the train, 20 minute walk home — I was absolutely crashed when I got home that night (and I had to be in the office the next morning!). I definitely don’t regret this trip to Paris, but I needed a week to recover from all the uncomfortable sitting (I’m really not 20 anymore!). I’ll absolutely go back to Paris, but next time I might just take a pricier but way more comfortable night train there. Visting Paris definitely helped improving my August coffee statistics, although many of the coffee shops I was dying to try there were closed for almost the entire month of August. I had the longest list of coffee shops I wanted to go to — hoping they were open in August. But even many of the Aussie coffee shop owners closed their places for renovations or to go on vacation. Although my coffee-shops-to-try-in-Paris-list hasn’t gotten any shorter, I still got my fill of proper flat whites and café au laits though — and these combined with a few breakfast dates in Germany, August was a good month in coffee. I let my effort on the blog and social media slip in August, but it actually helped me to have a little more of a social life in reality. I spent comparably little time online, but there were birthdays and late nights dancing under the starts, girl talk during extended breakfasts, and beers and bonfires instead. Although weather was a constant rollercoaster to say the least, but August weekends were exactly what they are supposed to be: About friends, laughter, pancakes, and the occasional lazy day on the couch with the boy.

I’ve been too lazy during the summer months and I didn’t bring my camera on most of my weekend trips around Germany. On my first day in Paris, I barely took any photos. I was just happy to be spending an entire solo day reading my novel by the Seine, in a street café sipping my café au lait, and in a sunny park. I know you’d expect a photo of my coffee, my book, and my sunglasses in Paris now, but I didn’t even bother to take great Parisian travel still lives with my book. I was just enjoying the moment, not not thinking about what would look great in a photo. And I’m convinced that this is just healthy sometimes. No surprise here: Paris always wins Instagram. Rue Crémieux is experiencing a real Instagram hype lately and every photographer traveling through Paris apparently just has to stop by this little colorful street. All I can say, this pretty street is worth checking out when you’re in the 12eme! Coming up in September

A proper vacation! I’m so excited to be going on my first real beach vacation ever since Croatia back in 2012! Aside from that glorious day by the Red Sea in Jordan this spring, I haven’t been to a beach (or even to a pool for that matter) in years and I can’t wait to just fall asleep in the sun while listening to the waves coming in. Bonus: I’ll be visiting a new country and I’ll be traveling with Steffen again — it’s hard to believe that in more than eight years of us being together this is actually our first real vacation! We’ve explored quite a few cities together (like Luxembourg City and London in May), but this trip is actually the first time we’re spending more than four days abroad together. (Let’s hope we don’t get too bored with each other too much while baking in the sun.)

How and where did you enjoy this August?

PS: I’ll take a little break from blogging and social media-ing (except Instagram, of course!) for the next week as I’m not bringing my laptop and our hotel only has lobby Wifi — and because I just really want to enjoy my time off!