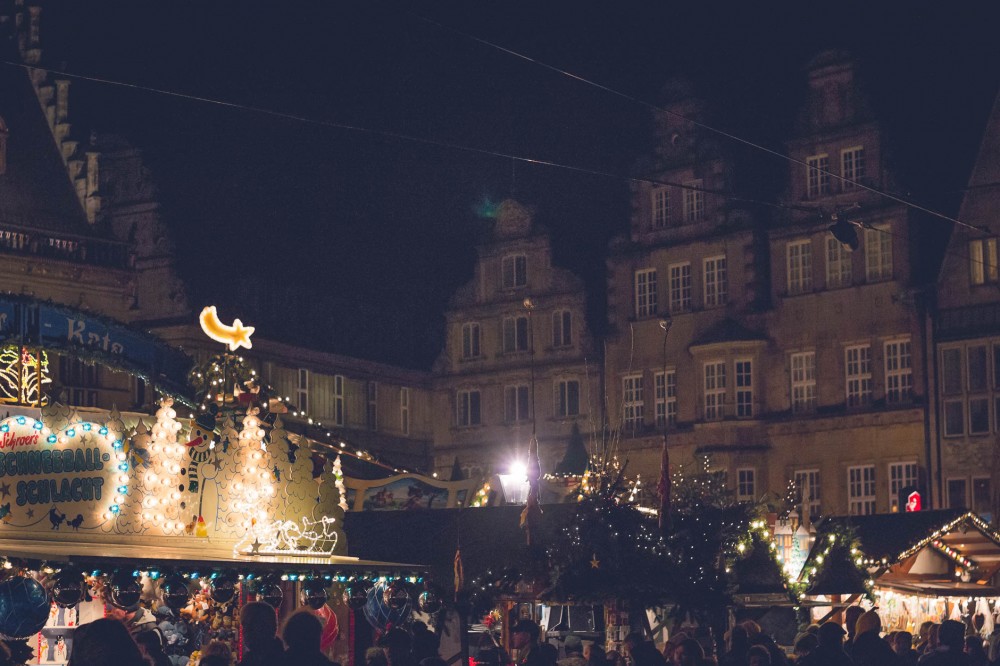 I’m not sure if it’s common knowledge that Germany has 16 federal states, but I’m pretty sure everyone has heard about oh-so-famous Bavaria. And don’t get me wrong, I love Bavaria — but Germany is NOT Bavaria. In the contrary to what the world sometimes seems to believe, beer steins and Lederhosen and even pretzels are not German. There are 15 other states that are totally different from Bavaria and still, they absolutely worth visiting — even if your beer might come in strange tiny glasses (looking at you, Cologne!). All German states are unique in form of dialects, regional dishes, and habits. I’ve lived in four different states so far — Baden-Württemberg, Hesse, North Rhine-Westphalia, and now, Lower Saxony — and each state has taught me new expressions and cultural quirks, and has introduced me to new foods and beverages. But although I’ve lived in in various states and have visited many others, I recently realized that I haven’t been to every German state yet! Germany is not too tiny, but it’s still small enough to have visited every state sooner or later. Honestly though, I had never made a true effort to visit every German state — I just ended up in most states sooner or later. Sometimes to visit friends or relatives, sometimes with a school field trip. This way I had made it to 12 out of 16 German federal states until last week. What is special about the German federal state system is that there are three cities that are states at the same time. These city states are Berlin, Hamburg, and Bremen — with the Hanseatic city of Bremen being the smallest German state.

Hamburg and Berlin are both cities I really love and that I still picture myself living in some day in the future. In 2014, I spent a good amount of time in both city states and it looks like I’ll be back in both cities in 2015 as well.

Bremen however, never really was on my city-state-to-visit-radar. Living in Lower Saxony though, changed that: The state of Bremen is sort of an enclave in the state of Lower Saxony, so a day trip to Bremen was long overdue. My boyfriend Steffen and I have the little annual tradition of visiting one bigger and preferably new Christmas market each year. We started out in Frankfurt, Hesse in 2007 and worked our way to cities like Bayreuth in Bavaria or Leipzig in Saxony.

This year we chose Bremen to be the destination of our annual Christmas market trip and only after booking the train I realized that I was actually fulfilling a travel goal I didn’t even knew I had for 2014: Visiting all three German city states as well as visiting my 13th German state. Germany’s Hanseatic and coastal cities had always charmed me, so I had a feeling that I would love Bremen as well. I have a major soft spot for cities close to the water and I can’t even really say why: It might be the fresh seafood, the salty air, or simply the sound of seagulls in the distance that is music in my ears. And really, Bremen exceeded my expectations. The Hanseatic architecture actually reminded me a lot of Bruges — a city that still ranks among my top five medievalist-dream-come-true-city-getaway-cities in Europe. But even beyond the pretty Hanseatic architecture around the city center, Bremen surprised me in the best possible way: Colorful houses, more pretty doors than I could ever Instagram, and amazing street art. I haven’t heard from a lot of international travelers who have visited Bremen, but I was astonished to overhear many other languages in the city center. Was it just me who never really considered going to Bremen before living somewhat close-ish? Maybe I really dream of other countries too often before I remember that there is still plenty to discover in Germany! Bremen definitely turned out to be my most pleasant surprise this winter! And an even bigger surprise probably was the medieval pirates’ Christmas market we stumbled upon! I mean, can you even image how excited I was? I loved Bremen and I cannot recommend it enough if you’re planning on visiting an entirely different side of Germany: A city where Belgian-looking architecture is mixed with red brick and the sound of seagulls, a hint of Portobello-road-style houses with Brooklynish stoops, and some glorious Hanseatic laid-backness. Bremen, I’ll be back! And I obviously, I plan to tackle those other missing German states in 2015.

Have you ever considered visiting the state and Hanseatic city of Bremen?