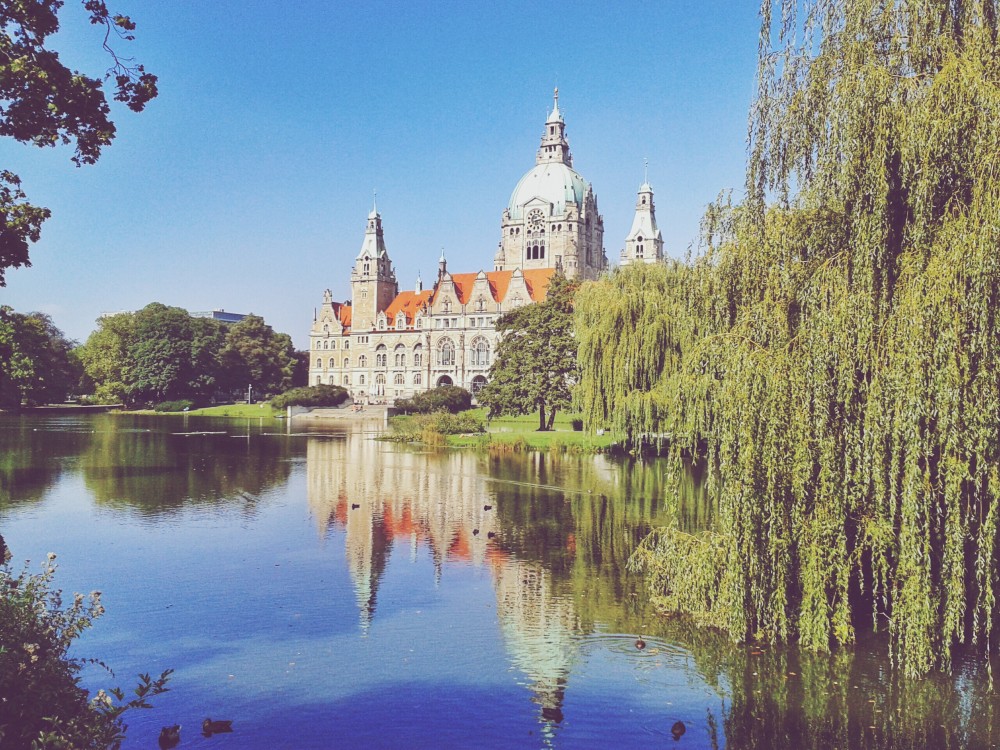 Of course, I want to travel. A lot. But I want to travel a whole lot more than I actually can: I like my job as a medievalist, but honestly, it’s quite time-consuming and it’s definitely not a job that is making me rich. Thus, I’m constantly torn between feeling guilty for not reading and researching enough  — and the desire to run off to a foreign country every other second.

This September, for the first time as a ‘real’ employed grown-up, I made use of my vacation days. I know many people would be jealous of my 28 paid vacation days and the fact that I can take them consecutively — but it took me nine months to take advantage of it this year. And I did’t even manage to not check my work emails during my vacation. I took two weeks off. And where did I go? Nowhere, actually. Well, okay, nowhere is not entirely true — but I didn’t leave the country.

It was a shocking revelation to me that I would be the person who takes vacation days, but doesn’t travel anywhere. Me of all people?

Sad but true: I turned into my parents. My parents who rather save money than go on multiple trips a year and who mostly use their vacation days to fix stuff around the house instead.

I never wanted to become so rational and lame and grown-up. But here I was, taking a staycation in my home country. Foggy fall mornings in the little village my parents live in

In many ways, this staycation was just as boring as it sounds. Plus, I broke my little toe after about a week into my two weeks off, so I watched way too much trashy TV at my parents’ house in the middle of nowhere, because I could barely even go for a walk with the dog. Beautiful Kurpark in the state capital of Hesse, Wiesbaden

Luckily though, I had my friend Jessica coming to visit me in Göttingen for a week. As Jessica and I met through our travel blogs, I could at least cheat myself into feeling vacation-y: Despite still sleeping in the same old bed, I would speak English, chat about travel adventures and take a gazillion food photos — exactly the things I usually do when I’m abroad. As it turns out, showing someone, who has never been in your home country before, around the streets you walk through every day is actually the perfect way to make you feel like you’re on an actual vacation. And as Jessica was going crazy for the half-timbered houses and German beer culture, I was starting to see my current home town with new eyes as well.

Göttingen is definitely the prettiest German town I’ve ever lived in, but after almost a year here, all the half-timbered houses have started to blur together. Of course, I still have those ‘pinch-me-this-place-is-pretty-moments’, but most of the time when I run errands in town I rarely remember to look up. Strolling through the old streets with Jessica however made me behave like a traveler again: I paused, I took photos, I really looked at things. And we didn’t just stay in Göttingen: We explored two more cities in Lower Saxony, Hannover and Goslar, as well as Germany’s capital Berlin (on a day trip!). I had briefly been to Hannover before but seeing it during Indian summer was definitely a new experience. And Goslar had been on my Lower-Saxony-to-do-list for the longest time, because it’s pretty much THE place for a middle ages geek. Having Jessica here as a visitor helped me finally doing the things I’ve been wanting to do for the longest time in Göttingen, but also in the state of Lower Saxony — after all the state I’ve called home for almost a year now, but which I’ve barely really explored thus far. I still feel a little bad for not traveling during my two weeks off of work. But I’m glad a had a chance to (re)discover the beauty of my home country, to catch my breath, to experiment with my photography, and to be a couch potato with a good reason (after all, a broken toe is no fun). Have you ever taken vacation days without actually going on vacation?
How did you feel about your staycation?

PS: If you want to see more phone photos from Germany, follow @JulikaSarah on Instagram.
And make sure to check out Jessica’s post about her first impressions of Germany!