On Wasting The Twenties

Home » Specials » On Wasting The Twenties 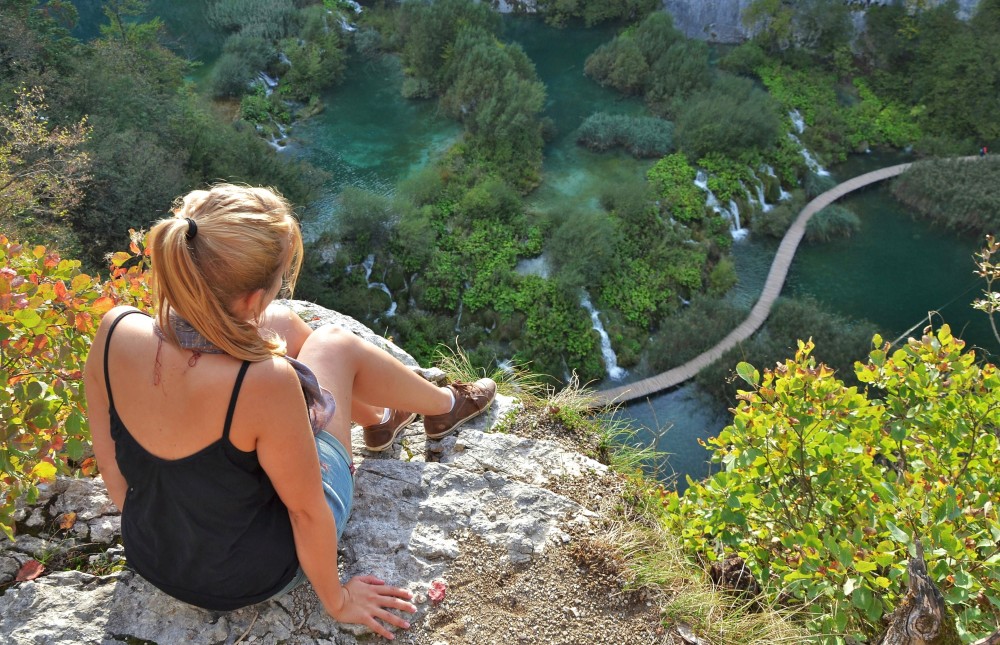 On Wasting The Twenties

Maybe I’m a bit too dramatic about numbers, but I’m turning 27 in a week and I somehow I’m afraid of turning older yet again. It’s not that I’m afraid of growing older in general, or getting wrinkles, but of the thought that I will soon be categorized as a ‘girl in her late-twenties’. However, it’s not the term “late-twenties” alone that makes me anxious, but comparing myself with others my age and younger: There are so many people out there who know what they want in their late-twenties, who have achieved things I don’t even dare to dream of.

Of course, comparison is the thief of joy. And of course, I shouldn’t compare myself to a Mozart who composed entire symphonies when he was basically still a toddler. But I’ve now reached an age where most of the famous singers, soccer players, and crazy talented, creative people were born in a different decade. When I look around, I feel like I’m surrounded by young(er) people who have accomplished things, who have experienced adventures, who know what they want. I however? I still feel just as clueless as I did when I was 20, right after high school graduation. (Side note: Germany has 13 years of school, and I graduated two days before my 20th birthday.)

I recently read Christine’s post on her brilliant tradition of celebrating every birthday in her twenties in another country following the motto “You only get 10 years to be in your twenties”. And I love the idea of starting a new year in a brand-new place so much! Thinking about myself though, I got a little frustrated with how I spent the birthdays in my twenties so far: Almost all of them in Germany, some even with doing considerably lame things like barbequing on my parent’s porch, or on my student apartment’s balcony. And for my upcoming 27th birthday? I still don’t even have dinner plans, let alone travel plans.

Thinking about my unspectacular birthdays at home in Germany, I realized that it might not be the way I spent my birthdays that bothers me, but how I spent the years in-between: Studying, working soul-sucking jobs in retail to pay for university, watching stupid TV shows online, waiting for something big to happen for me.

I’ve had all the options: I was in a dance group once, and I had horse-back-riding lessons. I sang in a cappella choirs and solos in high school musicals, even recorded “I had a dream” from Les Mis on CD. I had insanely expensive clarinet lessons for five years, I was part of a theater group for three years, I played the piano, and I did a pottery class. I took lessons in Latin, French, Portuguese, Dutch, Spanish, and high-medieval German.

Sports, theater, music, art, writing, languages — I could have been really good in all of those things. But instead, I let it all slip and never tried hard enough. I was always semi-content with being semi-good at something.

Looking back however, I know that I never stood out, because I never put in enough effort. I often caught myself being jealous of friends who were offered great jobs and prestigious scholarships. I was envious of people with seemingly more talent — and to be honest, I got distracted by just dreaming about what my life could be like if I was passionate enough about something.

I have dreamed of being an author, a singer, and a musical actress, but I never had enough willpower to pursue any of these dreams. And even now that blogging has become one of the things I spent most of my free time with, I still don’t put everything I could into it: I know I could be a great blogger. But I would have to write better and publish more articles. I would finally have to learn how to make money with my blog so I could afford more trips and better photography gear. I would need to really put myself out there to be recognized by a greater audience and companies. But I keep standing in my own way, because I’m too comfortable with being semi-good and semi-motivated.

So, are my birthdays spent in the same old country a symbol for not being ambitious, for not being passionate enough? Am I stuck in a life in which I’ll always be “quite decent” but never “excellent”? Couldn’t I have traveled more if I had used my time and talents better? Have I been wasting my twenties with hanging around, with comparing myself, with worrying? If I had spent more time focusing on the more important things, would I be somewhere else right now?

I probably shouldn’t think about judging my twenties when I’m still in the middle of them. But I can’t shake off the feeling that I haven’t gotten everything out of those years. I have definitely wasted my time with many things I did, or rather with the things I didn’t do, with the opportunities I didn’t catch.

But can I judge an entire decade of my life on behalf of my boring birthday traditions? After all, I’m working on my academic career, I have lived in three different German states and cities (in four different apartments, with fourteen different roommates) since high school graduation, I have studied abroad in Portugal, I have traveled by myself but also with the boyfriend, with girlfriends, and with my family.

The only thing I know for sure right now is that I can’t judge a whole decade of my life while I’m still living in it. I don’t know which decisions will turn out right or wrong in the long run. Will I feel like I wasted my twenties 10 years from now? Who knows.

This is probably what our life’s twenties are all about: Asking ourselves the same questions over and over again, yet coming up with a different answer every time. Feeling a bit lost, distracted, confused, and overwhelmed – that is probably what we all go through in our twenties, not matter if we put traveling, the career, or the longing for a fixed life first.

Maybe I should look at the upcoming birthday as a new chance: I still have three more years in my twenties, I still have time to make up for my wasted time.

Have you ever felt like you’ve been wasting you twenties?