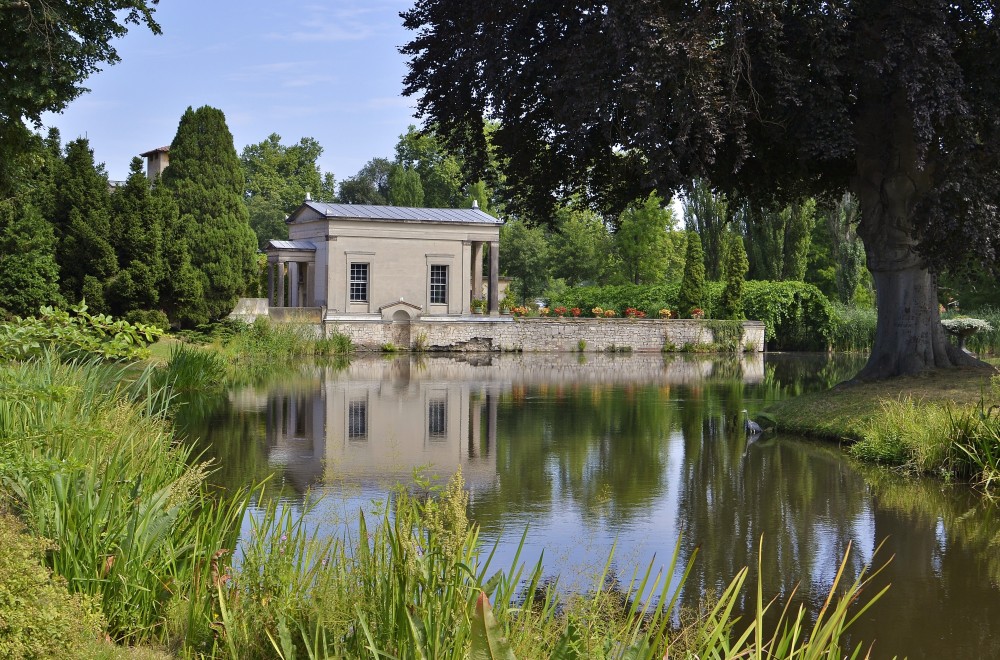 This past weekend I escaped on a spontaneous weekend trip to Berlin and its famous neighboring city Potsdam. Before I start putting my overwhelming Berlin impressions into words I wanted to introduce the beautiful city of Potsdam — to give it the attention it deserves. Potsdam was the royal residency of the kingdom of Prussia and the former royal glamour can be seen all over the city. Potsdam is dominated by palaces and parks that have been proclaimed a UNESCO World Heritage Site in the 1990ies. Although the city center itself is gorgeously renovated, the most renowned part of Potsdam is the palace Sanssouci (“without worries”) and its surrounding park. Sanssouci is one of the most famous palaces in Germany, sometimes even compared to French Versailles. I might not be the biggest fan of Baroque and Rococo architecture, but I do love strolling through pretty English gardens with visual axes towards palaces, fountains and neoclassical statues. The best part about strolling through Park Sanssouci are the many little “extra” houses, that were built as an entertainment during pleasure walks though the soft hills and green meadows. Hiding behind trees you would stumble upon a Chinese teahouse or Roman bath houses next to little lakes and ponds with swans on them. What I loved the most were the Italian style houses and a church that looked exactly what I imagine Siena to look like. Paired with the hot Mediterranean weather we currently have in Germany, visiting the royal buildings in Park Sanssouci felt like a short-term Italy vacation. Maybe even like a getaway to China. And France. I only saw a little part of Potsdam and its pretty polished façades, but I can assure you: If you love architecture go to Potsdam! And it makes the perfect day trip from Berlin!

Have you heard of Potsdam and Sanssouci before?