How Holland (Almost) Turned Me into a Foodie 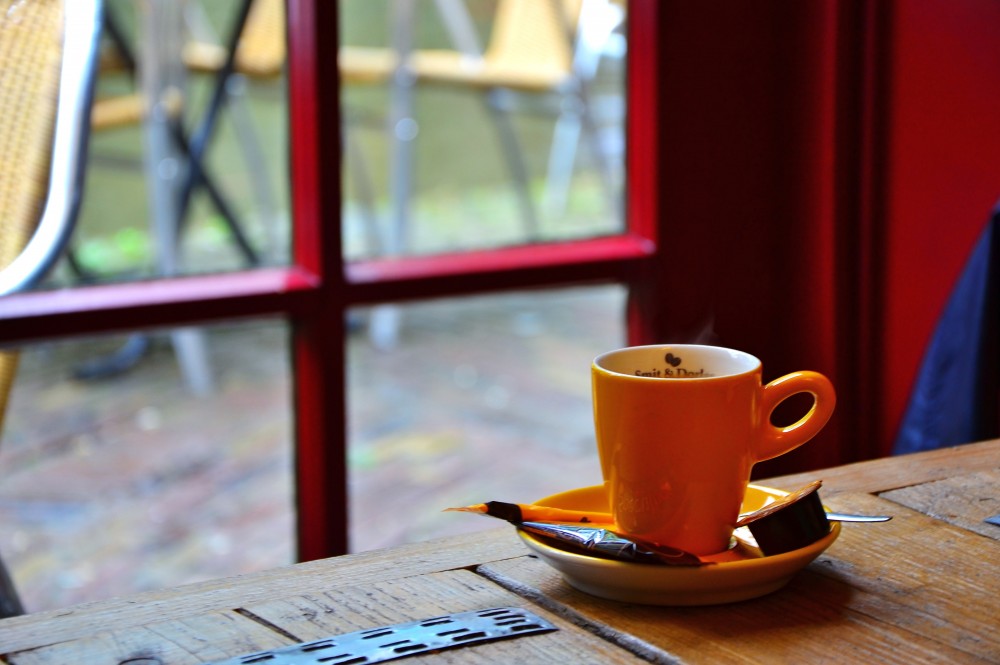 How Holland (Almost) Turned Me into a Foodie

By no means I’m a foodie. I’m a picky eater. I don’t like experiments. I sometimes have to force myself to even try new flavors in the first place. Throughout the last years I have at least tried to become a more open eater and realized that it was probably dumb to have lived more than twenty years without eating pineapples and eggplants just because I was too scared to try them and they looked funny.

Traveling of course has made me more curious and more open about food, but I would still call myself a very picky pescetarian. Yes, no meat for me — and nothing that contains meat broth or gelatin, of course. I also hate the taste of mustard, vinegar, and cilantro. Oh, this list could go on and on.

Anyways, my point was: I’m not a foodie. I even think the word “foodie” is stupid. But then I spent a week in the Netherlands — and my taste horizon expended massively. I never would have guessed that this would happen to me in Holland of all places. Except for gouda and muffins with very special ingredients (ahem), the Netherlands don’t really have the reputation to be a gourmet destination, do they?

But somehow Holland overwhelmed me. With excellent restaurants, with delicious vegetarian options. And just like that, the land of gouda and fried bitterballen had turned me into a foodie for a week. Here’s how that happened:

On the first official night of the Travel Bloggers Unite conference there was a huge opening party at Rotterdam’s Maritim Museum. A great party, a fantastic location — and a little Persian-Turkish-oriental looking corner where the restaurant Hotel Bazar offered delicious little nibbles: Baklava, Turkish delight, pita bread, hummus and more. Through the years I always felt strongly drawn towards the Middle Eastern cuisine, because I love the typical flavors (chickpeas and garlic — yay!) and the dominance of vegetarian dishes. I even started to make my own hummus on a regular basis. Hotel Bazar’s garlicky eggplant dip and the rice filled wine leave rolls I tried that night at the Maritim Museum were just mind-blowing. And I could not wait to visit Hotel Bazar for a real meal.

On my last in Rotterdam I got what I wished for, but it was so difficult to decide what to order! In the end, I opted for mosàmma, a vegetarian casserole with rice and salad on the side. I loved the combination of flavors as the casserole consisted of veggies like tomatoes, eggplant and potatoes as well as tofu and (surprisingly) hazelnuts. Simply delicious! And another highlight: The Turkish bazar feeling inside the restaurant. Taking pictures of colorful oriental lamps at the market in Istanbul is every aspiring photographer’s dream and I was excited to already practice that at Hotel Bazar. I wasn’t able to recognize a food “theme” in this restaurant (maybe that’s because I’m not enough of a foodie yet), but good old classics summarizes Winkel van Sinkel pretty well in my opinion. Not only the food was a variety of oldies-but-goodies, but also the location. The restaurant building used to be Holland’s very first warehouse back in the 1830ies (I double-checked these facts by “reading” the Dutch Wikipedia entry, but I hope I got it right). The building is huge with high ceilings and mazy cellar hallways (I love cool restaurant bathrooms!). This admittedly doesn’t make for the best acoustics, but I really liked the old warehouse charm. Food-wise, I went with a classic too: Pasta of the day, in this case — herb cream cheese stuffed ravioli. I loved that the ravioli came cooked with a lot of veggies (zucchini makes me happy!), so I didn’t have to feel all that bad about the carbs. Girly food issues aside, it was a very delicious lunch!

This restaurant was a very delightful surprise — not only because it seemed so warm and cozy compared to the pouring rain outside, but because it again was a place with a lot of history. Stadskasteel translates as town castle and as such it was built in the 13th century. Throughout the centuries it became a home for the elderly, then ruinous party house for students and then it was turned into the restaurant it is today. But not just your average restaurant, no, they brew their own original Utrecht beer and they even have their own theater. As it was in the afternoon I neglected the great selection of home brewed beers on tap (shame on me!) and opted for coffee and a treat — the famous Dutch apple cake. As a German, my standards for apple cake are pretty high, but this cake definitely did my requirements justice: It was the perfect combination of salty dough and a heavenly apple-cinnamon-raisin stuffing (Is stuffing even the right term? Sorry, I’m not too familiar with describing cakes). Anyways, it was perfect and filling and delicious. On this cold rainy May day in Utrecht coffee and this amazing apple cake in a former medieval castle were definitely the ideal way to warm up. Coffee, cake, history — what else does an art historian need to be happy?

A traditional Dutch restaurant at a very traditional Utrecht location was a great way to get to know the country and the city of Utrecht a little better. De Oude Muntkelder is located directly on the old canal, the Oude Gracht, on the water level. Whereas all other Dutch canal cities built their houses right next to the canals, in Utrecht they have to stories and the actual houses are above the canals on the street levels. The windowless cellars on the level of the canals were originally used for storage, but have lately been turned into restaurant and nightclubs. Unfortunatly, it was still cold and rainy and I had to enjoy my lunch inside and not right by the water. The food made up for the missed canal romance though. After pondering about whether to go with a sweet or savory traditional Dutch pancake forever, I decided on a savory one. It was my first Dutch pancake, but it certainly wasn’t my last one, because it was all I ever wanted in a pancake. Whereas American pancakes are sometimes too think and greasy and French crêpes are too thin and crunchy, the Dutch pannenkoeken was moist and fluffy and neither thick nor thin. Also, the vegetables — in my case mushrooms and onions — were baked into the pancake dough and a salad was served on top of it. The only sad thing was that one pancake serving was already so filling that I couldn’t try a sweet one for dessert too. But I’m pretty sure I will return to De Oude Muntkelder someday to try all their other exciting and unexpected pancake creations.

I’m a (coffee-stained-)jeans-and-Tshirt-and-sneakers kind of girl. Most of the time I choose comfy over fancy — and Bresson really made me feel a little like I’m in the wrong place. I kept thinking “I’m SO not grown up enough for a restaurant that has cloth napkins and several forks and Michelin thingies on their entrance door”. But after I had two glasses of wine, spilled my glass of water, and almost threw my knife on the floor, I started to relax because I realized that wasn’t there to impress someone, but to be impressed. And boy, that happened.

As May is the central European season for white asparagus, I chose an asparagus soufflé as a starter. It was served on a bed of a tomato-lentils-salad. While chewing, I realized what gourmet food really is — a combination of flavors that explode in your mouth. Okay, I totally stole that line from Disney’s Ratatouille. But it is so true in case of this starter: I never even knew I liked lentils, and I’m not the biggest fan of raw tomatoes, and I can’t name one typical soufflé ingredient — but this dish was just downright awesome. And my menu wasn’t even done yet: My main course was a gilthead filet on vegetables with yellow carrots and lentils on the side. Also, absolutely fantastic. And I definitely learned something while having dinner at this fancy French restaurant: I’m probably not grown up enough to drink a glass of water without spilling half of it on my shirt, but I’m definitely old enough to enjoy flavors. So, this was my Dutch food revelation story — yes, Holland may have turned me into a part-time foodie. To my big surprise, the Netherlands have a great restaurant scene and great healthy (as in not fried), and vegetarian, and international cuisine. If nothing else, I’m planning on experimenting more with lentils now.

—————
Okay, your honest opinion please: Should I write about food more often, or should I stick with what I (sort of) know? Also, I’m totally new to the whole food photography department — if you have any great tips how to take good photos of food under difficult restaurant lighting conditions and after you already had two glasses of wine, please share!

Note: During my stay in Utrecht, I was a guest of the Utrecht Tourism Board. However, all opinions, photos, and lentil revelations are my own.