A Whirlwind Road Trip to Switzerland 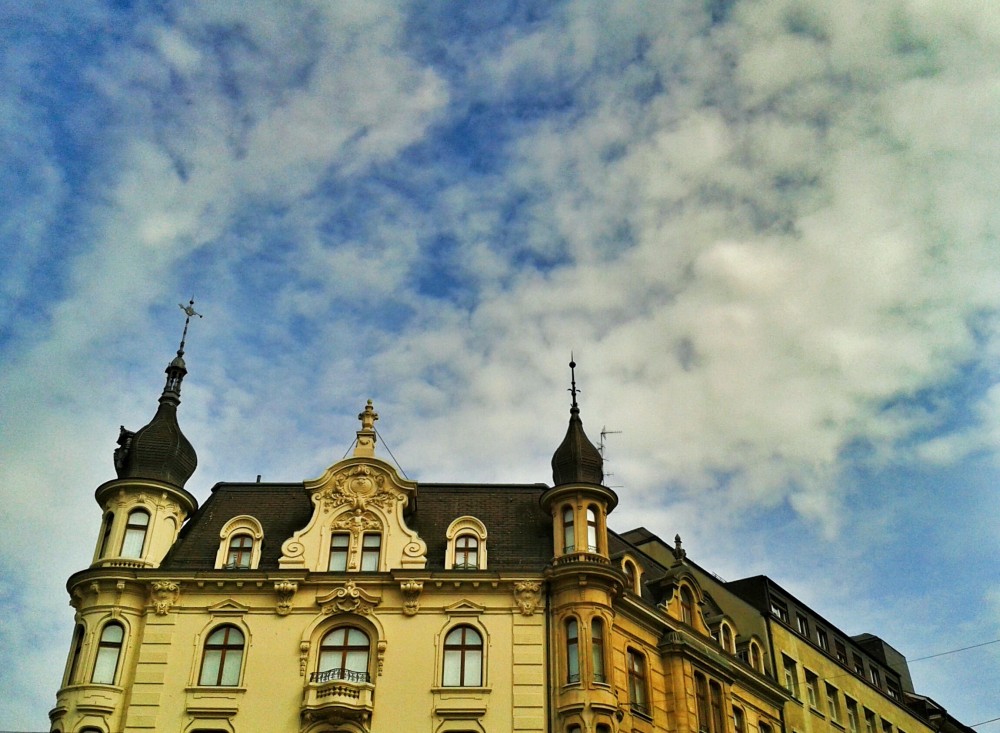 A Whirlwind Road Trip to Switzerland

It’s been a while since I’ve taken a real road trip. Throughout the last years I didn’t own a car and as a student you don’t really meet other people who can afford owning a car and traveling at the same time. But last Thursday night my boyfriend Steffen had a beer with his friend Sascha, who is going to move to Switzerland in the summer. Since Sascha had an interview at his future school on Monday morning, the guys somehow came up with the idea to take a 24 hour road trip down to Basel.

When Steffen texted me “Wanna go to Switzerland for a day on Sunday?” I didn’t hesitate to say “yes!” for a second — Road trip? To a country that I love, but haven’t been to in ages? And explore a new city? You really didn’t have to ask me twice! So, I was off for a spontaneous whirlwind road trip to Switzerland and back within 24 hours. With two guys, which was definitely a first for me. And although this trip only lasted for a day and a half — we had the classic chaotic road trip experience: First, Steffen forgot his dSLR, which I usually borrow for my trips. I was heartbroken. (Thus, only phone photos this time.) Then, the fabulous café in Southern Germany, the boys had dreamed about having breakfast at, was closed, and we enforcedly had go to McDonald’s for breakfast (ugh). Plus, we nearly run out of gas on the Autobahn. And that’s not only crazy dangerous, but also really really expensive in Germany. We barely made it to a gas station just in time. At least I was wide awake after this incident (although I got up at 4.30 am!). We finally arrived in Basel in the afternoon, we were greeted with perfect spring weather. And to my big surprise, I instantly liked Basel. I originally came with very low expectations: Along with Geneva and Zurich, Basel belongs to the three biggest cities of Switzerland. The city is renowned for pharmaceutical industry, high smoking chimneys, and highways passing through the city. I never thought to find that typical Swiss cuteness, which I had encountered during many family vacations in the Jura mountains, in Basel.

But then, we got out of the car close to the banks of the Rhine River and found a stylish café built above the river. People were sitting in the café or lying in the sun by the river, reading, relaxing, sunbathing. And in the distance you could even see Gothic church towers! First sight of Basel — and all my ignorant prejudices were already thrown overbroad! We sat down to have a drink at the café (which was a bath house at the same time!) when it hit us really hard that one thing about Switzerland was still true after all: It’s insanely expensive! I had the most expensive orange juice of my life. I’m pretty sure it had to have pure gold in it to justify such a steep price.

At least Steffen had come up with the genius idea to rent a room for the night via AirBnb (Sascha could stay with friends in a close-by German city). I had checked every hostel and b&b in Basel before and it had been basically impossible to find a place for less than 45 €uros per night. After the positive experience in Croatia last year, I was immediately convinced when Steffen suggested renting a room with AirBnb to save a little money. This time however, we didn’t book a whole house or apartment, but only one room in the studio-like apartment of a young couple. It felt a little like a paid version of CouchSurfing: Living with locals, but complete strangers, based on a high level of faith in the goodness of people. (In my opinion, handing over the key to your fully equipped apartment to people you’ve known for only 10 minutes requires a lot of trust!)

Our hosts were super nice, very well-traveled (always a plus!) and had a gorgeous apartment with a huge roof top terrace — and we felt at home right away! Since we hadn’t done any research on sights, they even gave us a lot of tips, a map and a brochure on Basel. Who needs a hostel front desk when you have great AirBnB hosts? Steffen and I spent the warm spring evening strolling along Basel’s cobblestone streets, looking at window displays of quirky tiny shops, and watching a stunning sunset from the Rhine River banks — and accidently stumbling over all the major sights like the famous red city hall. I loved that Basel and its sights could be explored by foot so easily — and that the city felt and looked so different from German or French cities, albeit the borders to France and Germany are only a stone’s throw away from Basel. What we totally failed at was sampling the flavors of the Swiss cuisine. No matter what restaurant menu we looked at — we couldn’t even afford the drinks. And that’s how we ended up at McDonald’s again. As much as I hate to admit it, it was the only solution we could come up with (buying sandwiches and drinks at a supermarket would have been even more expensive). And after all, we tried something you could only get in Switzerland: Toblerone McFlurry — made out of Switzerland’s iconic mountain-shaped chocolate! In the end however, I invested 30 Swiss Francs into heavenly raclette cheese — as a proper delicious edible souvenir from Switzerland! I didn’t go into a museum or to the zoo, and I didn’t eat those famous Baseler Leckerli sweets, but nonetheless this road trip to Basel was a great experience: I learned that having absolutely no expectations is the best way to visit a new city impartially. I learned that Switzerland is way more than just mountains and tarns. And I learned that you should probably not go to Switzerland as a broke almost art historian with zero income — I would have liked me stay in Basel even better if I had been able to afford a coffee in one of those beautiful cafés next to the Rhine River. Have you visited — or even road tripped — Switzerland?
How did you experience it?

A special thanks to Sascha for taking us to Switzerland (oh, and France!) and for only almost killing us in Basel’s city traffic.