The 2012 Review: Photos, Numbers and Lessons 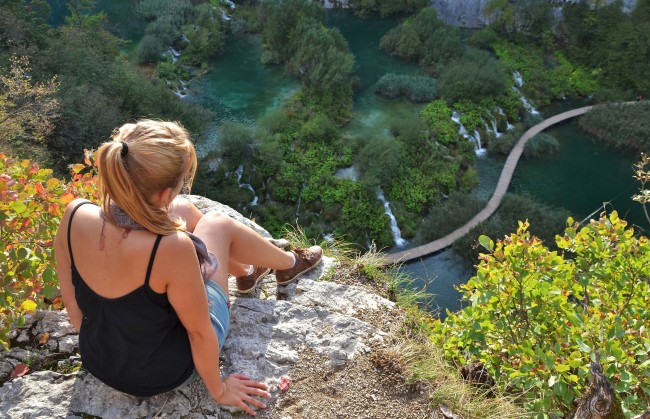 The 2012 Review: Photos, Numbers and Lessons

2012 has been quite the year for me. When I think back, it’s crazy how it went by so fast – yes, such a cliché, I know. But there really has been a lot going on this year. It has been a year full of difficult decisions, travel, and life lessons. From finishing my amazing semester abroad in Portugal to starting Sateless Suitcase, my year had several ups and downs. Here is my summary of this year’s numbers, photos – and a few (travel-related) lessons I learned. Days it took me to find a new apartment in Siegen, and move in there: 2.
Roommates I moved in with: 3.
Bathrooms in our apartment: 1. Money I earned per hour at my new supermarket cashier job: 6.50 €.
Total time of rain during my stay in London: 10 minutes.
Sad amount of museums I visited in London: 2.
Cost of a large cup of plain yoghurt in a London supermarket: 1.99 £. (I’m still in shock!) Things I remember doing in May besides studying, working, running, and partying with my roommates: 0.

Trips to Bavaria: 2.
Trains I rode to get to Bavaria and back: 16.
Outdoor temperature in Munich on my birthday weekend: 34 degrees Celsius. (I love being a summer birthday girl!) Number of finals I wrote in July:  4.
Distance of my weekly running route: 10 kilometers.
Long hours made at my supermarket job: Too many. Hours worked at new job at university administration: 120.
Cool things I did besides working full-time: 0. Temperature drop from first to second day in Prague: 12 degrees.
Total hours spent in and in front of St. Vitus Cathedral in Prague: 3.5.
Days in Prague affected by a sudden liquor prohibition: 2.
Hours spent in the car driving from Germany to Croatia: 12. Days I swam in the Adriatic Sea: 4.
Amount of (way too little) time spent in Ljubljana: 2 hours. Hours on the bus from Cologne to Paris: 7.5.
Money I paid for that bus return ticket to Paris: 75 €.
Nights I spent in Paris: 4.
Nights Janina and I perfered to stay in, laugh, and catch up: 4.
Times I ate at McDonald’s in Paris, because every other dinner option was unaffordable: 2. (Go ahead, judge me. But I considered that goat cheese wrap to be very French!) Nights slept in hostels: 7. In Lagos, in Prague, and in Cologne.

Countries been to: 9. Well, nine if you count driving through Austria, where I used the bathroom at a rast stop and took a picture of a mountain. Which I consider very Austrian. Right? And if you also count driving through Italy where I had a very sophisticated conversation in Italian: Gas station girl “Prego?” – Me: “Cola Zero” – Gas station girl: “1,50 €” – Me: “Grazie”. Moreover, I could include Bavaria as a half own country — they are just so different from the rest of Germany and they even consider themselves to be an independent country. So this would make 9.5 countries this year.

Friends crashed with: 4. With Sarah in London, Kathi in Munich, Caro in Augsburg, and Janina in Paris. Walking Tours are totally absolutely awesome and the best way to get to know a new city!

Sharing apartments with interesting people is one of the best things you could ever do! I learned so much about life, love, fishing, and delicious tempeh dishes thanks to my roommates this year!

Pub Crawls are not fun at all. On the next morning.

Europe offers an incredible variety of cheap transportation besides flying. I traveled to Lagos, Prague, and Paris by bus this year. I used a “hitch hiking” platform to go to Munich. Traveling can be cheap, more ecofriendly, and you definitely see more of a country by not flying!

Dry shampoo is the utmost smartest thing mankind invented. Ever.

If you know you can’t walk in those fancy shoes for more than three hours, you are probably not going to wear them. So why even drag them all the way to Paris in the first place? 2012 has been an exciting year. I met people from all over the world. I overcame tons of prejudices. I learned a lot about myself. I realized that writing is more of a passion than I ever thought it would be.

I can’t wait to see what 2013 has in store for me.
And I’m so looking forward to sharing it with you!