What Happens in Lagos… 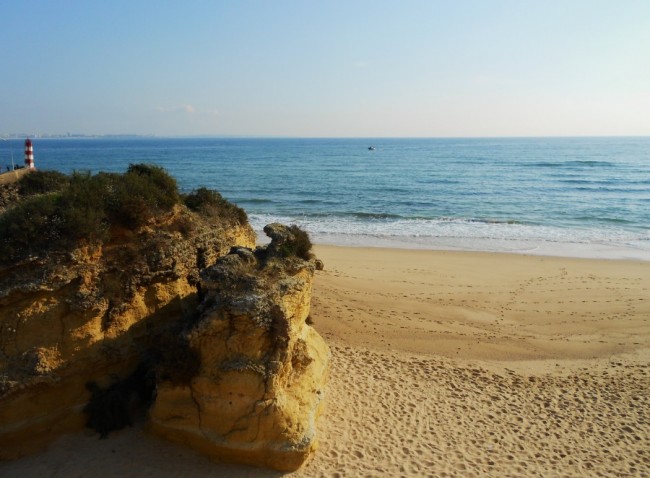 What Happens in Lagos…

During our last weeks in Lisbon my friend Kathi and I really wanted to see one of THE most famous places in Portugal that everyone has been raving about… After having fallen in love with the Algarve in October, we were eager to return and looking forward to finally experiencing Lagos – the city with the most gorgeous beaches, the hottest surf teachers and its non-stop party. There was just one little hook – we were going down there in mid-January 2012!

Honestly, we really didn’t know what to expect of a beach city in the middle of the winter season… Will it be completely died out this time of the year? So windy that you couldn’t even go to the beach? And what about our much needed surf teacher eye candy? Luckily, we got it all! Although Lagos sure may not exactly be what it is known for during the winter, Kathi and I sure had the best time: Beaches, cocktails, and surf teachers included!

We stayed at Shangri-Lagos Hostel, which was cheap and very nicely located in the old heart of Lagos. As much as staying there was ideal for our purposes, I wouldn’t recommend staying there during peak season, except you don’t mind sharing one (!) tiny washing basin and an even tinier mirror with a bunch of other girls. If you’re not as vain as I am, but do like party hostels and hippie vibes – Shangri Hostel definitely is your place.

Anyways, I figured I won’t be going into further detail: What happens in Lagos stays in Lagos! However, I will turn this post into a photo essay instead – pictures describe our wonderful, sunny days just so much better! We spent a whole day exploring the impressive scenery by foot. We climbed down to the hidden beaches framed by surreal rock formations and enjoyed every single moment of the coast’s wild beauty. I took so many pictures that I can barely choose the best to present here… After a hilarious night out, we decided – after having explored the rocks and beaches by foot the day before – that we wanted to see more of the famous grutas. So as recommended by our hostel’s staff, we went on a boat tour to see the grottos from the water perspective. Tough the tickets were expensive, the boat tour appeared to be totally worth it! Our captain/tour guide explained all the names of the rock formations to us – like Praia do Camilo, which got its name because the rocks look like a lying camel… Rock names like “Buddah” or “Lion King” also really made us laugh. After the boat tour we granted ourselves a mouth-watering picnic at Meia Praia – the larger and softer city beach of Lagos. A great beach and perfect for collecting the most wonderful shells… And just like that our dazzling, dream-like days in Lagos were already over… We left with impressions overwhelming natural beauty and the warm January sun  – and swore to ourselves that we would come back in the summer someday!