The Insane Road Trip through France: Off to the Rhône-Alpes

Home » Destinations » Europe » France » The Insane Road Trip through France: Off to the Rhône-Alpes 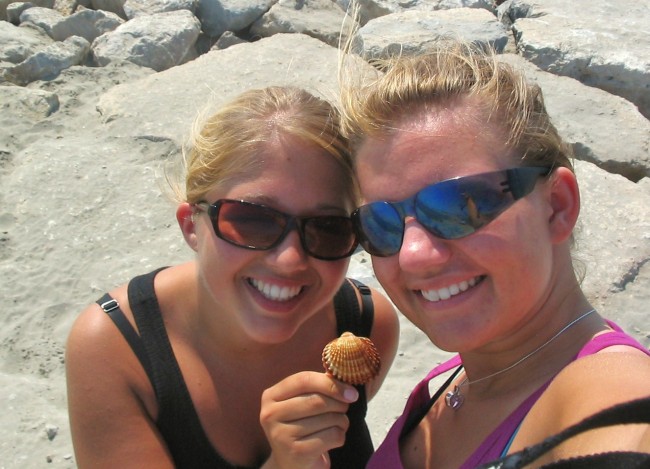 The Insane Road Trip through France: Off to the Rhône-Alpes

I had to split this story into three parts, because it would have been too long otherwise… This first post covers the trip through the Rhône-Alpes; from there we drove on to the Provence, after that we were headed for the Mediterranean — Beware, this is a road trip tale of epic misadventures!

Now this is just a slightly manic story. Maybe one of my favorites – although absolutely not my most glorious one. But it sure is hilarious, because we were so young, inexperienced and so out of it… But this trip definitively shaped me for the rest of my life:

Let’s start from the beginning: In July 2006 I had just turned 19 and all I really wanted, was to plan an adventurous trip all by myself. Although I had been to the United States on my own the summer before, I had been staying with elderly couples back then, and consequently I still felt way too supervised there. But when I started working at a gas station early in 2006, I finally had the chance to use my constant income for saving up for the most adventurous kind of all possible adventures: A road trip! My good friend and college at the gas station, Iris, was just as excited to take her beloved car out for such an epic spin. And so we started planning our about-to-be-awesome road trip through France.

Our planning, however, consisted in not planning at all. We thought it would be so much cooler, if we just drove, stopped wherever we liked it, and be all Hippie, spontaneous, and totally Kerouac-y.

So, we only took care of the necessary stuff, like getting the car checked through, and exchanging all my money into Traveler’s Cheques. Indeed, we were a little afraid of how two young, blonde girls in a car with a German license plate would appear to the French, so we did try to make some other safety dispositions: We used cable strap to hide some just-in-case-cash underneath the car’s engine hood, and took several copies of our IDs and distributed them all over the car and our luggage, in case our wallets got stolen. We borrowed a tent from the neighbors, bought plastic bowls and toilet paper (pretty much the smartest thing we did!), organized a small freezer to be actuated by the car, packed our sleeping bags… and off we drove. Iris, the heroic driver, drove straight from the middle to the south of Germany, then we crossed the border and then we were headed further south in the direction of Lyon. As I remembered from family “road trips” to Spain, Lyon is one of the very worst places to drive through, because the highway has I-don’t-know-how-many lanes, and the traffic there is just nasty. So we left the highway approximately 100 kilometers before Lyon, trying to go further south via the rural streets. Avoiding traffic and saving road tolls seemed like such a smart idea. Yeah, right.

Unfortunately, I had borrowed a map (an actual paper map!) from my dad, which was pretty old and only featured the highways and main roads in France — and of course, soon we lost our way… somewhere in the Rhône-Alpes, surrounded by vineyards, and picturesque tiny villages. And not a single person, who could speak English (I did know a litte French, but in this kind of situation it appeared to be useless) and without any helpful street sign!

We kept driving to gain our orientation back, but we were really lost and it was already late afternoon. Slowly we were getting worried that we wouldn’t find a place to stay before nightfall, as I finally saw the tiny sign saying “Camping” – I had never been so relieved!

When we arrived, we learned yet another lesson regarding that a little planning beforehand may not be all that bad. July is in middle of the busiest touristic season, and of course, all other travelers book their stay at the camp grounds way in advance. We could only be offered a small unofficial spot close by the gate, which was aslope and did not have access to electricity. But who wants to be spontaneous, has to learn how to improvise…